The case for cycling: health

The case for cycling: health

Cycling is good exercise, the health benefits far outweigh the risks and it's easy to fit into the daily routine. If more people took it up, it could help ward off the health crises facing the NHS.

What are the benefits of cycling?

It’s widely accepted that cycling is excellent exercise: it helps people meet the physical activity levels recommended by the NHS, and it’s good for mental health and well-being.

It also reduces the risk of life-threatening conditions that are costly to treat, such as cancer, type 2 diabetes, heart disease and obesity – the latter being a major health challenge putting enormous pressure on our health services.

Here is some recent evidence for the benefits:

Happily, cycling is easier to fit into the daily routine than most other forms of exercise because it doubles up as transport to and from school, shops, work etc., and it’s much cheaper and, potentially, more scenic, than going to the gym.

Spreading activity across the day or week can help make the guidelines achievable within daily living; for example, walking, wheeling or cycling for daily travel is often the easiest way to get physically active.

But, interestingly, some research also suggests that 'weekend warriors', i.e. those who perform all their exercise in one or two sessions a week may not be missing out in terms of reducing their risk for all-cause, CVD and cancer mortality. [5]

Cycling is an aerobic activity, typically using major muscle groups in the legs, kept supplied by increasing the heart and respiration rate. Another advantage is that it takes the body’s weight off the legs, so it’s easier on the joints than pursuits like running.

It’s also one of those rare, versatile activities that appeal in different ways to people of diverse abilities and ages, morphing inclusively into exercise to suit pretty much any individual, sporty or not. Very small children can master the technique and, if you don’t want to, there’s no need to develop the trickier, more intense kind of skills demanded by, say, dancing, tennis or football.

For those with disabilities, several charities now offer both advice and inclusive cycling sessions – as Wheels for Wellbeing says: “Cycling can be easier than walking, a way to keep independent, fit and healthy, a mobility aid, and a useful form of everyday transport.”

It’s your call: do your local shopping by bike; ride to work or school; tour the trails with your family and friends; step onto the top podium at the Tour de France. It’s all exercise and, nowadays, you’re more than likely to find a cycle on the market to suit – cargo, folding, hybrid, mountain, racing, touring, balance, electrically-assisted and hand-propelled cycles, to name but a few. 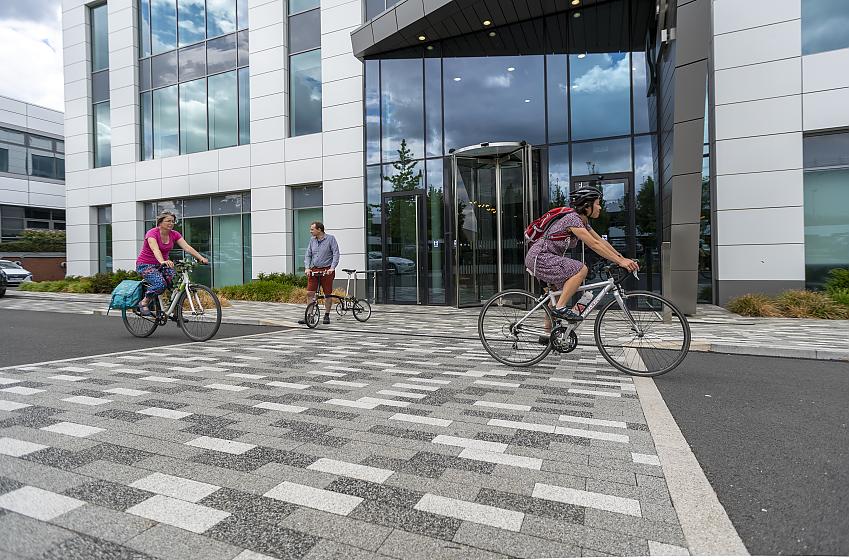 The health benefits of cycling far outweigh the risks:

Please see attached evidence briefing (link at bottom of page) for further studies on the benefits v risks of cycling.

Now, consider the fact that physical inactivity is associated with 1 in 6 deaths in the UK; and the high prevalence of being physically inactive, overweight or obese in England, Wales, Scotland and Northern Ireland.

Also, there's good evidence to suggest that more people cycling triggers the ‘safety in numbers’ effect, i.e. that cycling is safest in places with high cycle use.

More cycling is good news for everyone

Cycling is not just a healthy option for cyclists but for everyone else too:

Over the last few years, we’ve seen many public bodies, including governments, some government agencies, health care providers and professionals, including renowned Chief Medical Officers, endorsing the health benefits of active travel – in fact, it’s an argument that cycling and walking advocates have largely won.

Recognition is one thing, however, but we now need professionals, practitioners and decision-makers both in local and national government to embed active travel into all policies, strategies, projects and guidance.

This applies, at the very least, to:

Working co-operatively and cross-departmentally is crucial, of course, as is collaborating with Directors of Public Health across the UK. Adequate funding is vital too.

High-quality infrastructure is a priority because hostile road conditions put existing cyclists at risk and deter novices or would-be cyclists.

Law enforcement and the justice system have a role to play here as well, because bad driving is yet another deterrent.

Turning to planning specifically, Cycling UK believes that all decisions (for streets and new developments, for example) should be ‘health checked’ to make sure they’ll have a positive impact on active travel. Transport for London has produced 'Healthy Streets' advice and a checklist.

As for the NHS, who spent about £6.1bn on overweight and obesity-related ill-health in 2014/15, we believe it should encourage its massive workforce, people in its care and the general public to cycle for fitness and/or rehabilitation.

The NHS should, for instance:

Operate or wait? A guide to collarbone injuries View