What should come first - investment in cycling infrastructure, or proof that there is demand? Might lockdown cycling levels give us the answer? Cycling UK's policy manager for Scotland, Jim Densham, shares his views.

Alternatively, should the council encourage cycling in other ways first, so that when roads are altered and safe cycling space is provided, cyclists will flock to use it? It’s a chicken and egg situation. Supply first or prove there is demand first.

I was asked this question recently by someone who works in a Scottish local authority. My immediate answer was "supply; build safe cycle lanes and infrastructure first," but when I thought more about it, I realised that there is demand right now – it comes from people not yet riding a bike who want to.

Survey after survey shows that people want safe space to ride a bike. A Cycling Scotland survey from 2019 found that the main barrier to cycling in Scotland is ‘not feeling safe on the roads’ (68% of respondents), and 81% said that more cycle lanes, traffic free routes & cycle paths would motivate them to cycle.

The recent lockdown in response to coronavirus has inadvertently led to a huge experiment in quiet streets. At the end of April car journeys across Scotland were down 70% compared to a normal year, whereas journeys by bike were up a massive 120%.

This shows convincingly that when streets are safer, with less traffic, people will get on their bikes and ride. Demand is there and the opportunity will be taken if the conditions are right.

Supplying safe space for people on bikes can increase levels of cycling, if designed well and at sufficient scale. Monitoring data from Glasgow shows that the new South West City Way and ‘Bridge to Nowhere’ development across the M8 have both boosted cycling.

We can also examine, and follow, the examples of cities across the world which have invested in cycling infrastructure. The Netherlands have been building cycling infrastructure since the 1980s and now boasts 22,000 miles of cycle infrastructure and a quarter of journeys being taken by bike. Copenhagen’s recent expansion of cycle highways extending more than 20 kilometres out from the city centre, has increased bicycle traffic up to 68%, with 14% of new bicycle commuters switching over from the car.

Cycling in Bogota has steadily increased from around 0.5% of daily trips in 1996, before the construction of the first bicycle lanes, to 6% in 2014. The safety of cyclists improved in the city as cyclists used the segregated infrastructure, even as cycling levels increased. 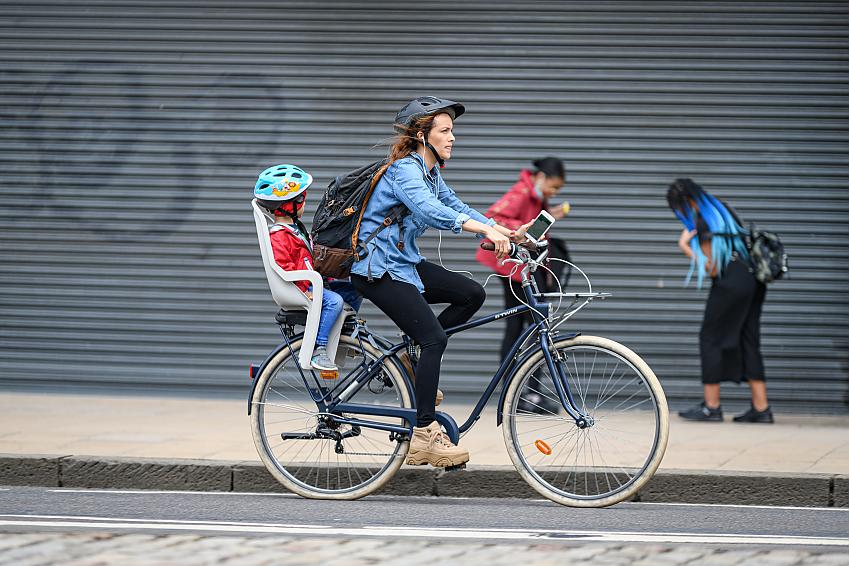 In 1990, Seville’s share of cycling was at just 1% but, with the building of new segregated cycling infrastructure which began in 2006, 6% of all trips are now made by bike and 9% of non-commuter journeys. Professor Adrian Davies of Edinburgh Napier University concluded, “The primary cause for the large reduction of risk to cycle users in Seville was the implementation of the network of bikeways. The reduction in risk was the primary cause for the increase in the number of bicycle trips.”

The experience of more people riding bikes in Scotland while the streets are safer and quieter during the coronavirus lockdown has shown us that what people say in surveys about wanting safe cycling space is borne out in reality. When streets have less traffic, and people feel safe, they will cycle. Temporary cycle lanes and other measures popping up in towns and cities to enable safe social distancing may help to maintain people’s cycling habitats and encourage people to continue riding as lockdown restrictions are eased. Ultimately, the need for permanent infrastructure remains, and that will require political courage and investment, in addition to learning from other city success stories.

This article was originally published in The Geographer, the quarterly magazine of the Royal Scottish Geographical Society.