An evolution of education - the journey to our Dutch Reach campaign

An evolution of education - the journey to our Dutch Reach campaign

With Cycling UK launching a new campaign to promote and teach the Dutch Reach, campaigns officer Keir Gallagher reflects on the role of education within Cycling UK’s wider push for safer roads.

Indeed, some intensive courses suggest that the entire process of ‘learning to drive’ can be carried out in just one week.

But, although it might be possible to pass your driving test in just one week, I’d contest strongly any suggestion that it’s possible to learn to be a competent and safe driver in that period. If I’m right, then when exactly does driving education truly begin and end, and where does that leave organisations such as Cycling UK, which work to improve road safety?

As children, we are forever absorbing information around us, inevitably picking up on the habits, good or bad, of those around us. Once we get into a car, this doesn't stop, and everything from seatbelt use to overtaking distances will have an impact on a young passenger's understanding of 'safe driving'.

Learning to be a safe driver isn’t just about what you do during or even after your driving lessons, it starts from the very first moment you get in – or out – of a car and never stops.

At the other end of the spectrum, I don’t think anyone can truly say we ever stop learning to drive. Old habits may well die hard, but changes in seatbelt regulation in 1983 saw many drivers – albeit not always immediately – change their behaviour. With an ever-changing road environment, smart motorways and increasingly creative safety-focussed junction designs, it’s clear drivers are able to adapt their driving to new information and standards.

The key message is this: learning to be a safe driver isn’t just about what you do during or even after your driving lessons, it starts from the very first moment you get in – or out – of a car and never stops. 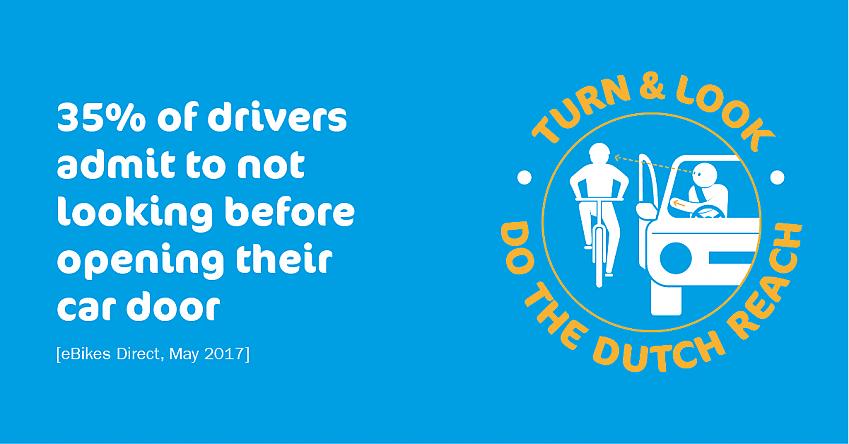 So, where does Cycling UK fit into this?

Driver education has been around for a long time. However, as a cycling organisation, it’s not something Cycling UK has always delved into, instead we focus our energies on lobbying the Government, the police and others to adopt better practice where necessary.

While we will always continue that important work, the gaping, cyclist-shaped hole in the world of driver education, and the need for action sooner rather than later, has sparked a natural evolution in this growing branch of our road safety related work.

The first foray into education was the design and crowdfunding of ‘close pass mats’, supplied to every UK police force, enabling police to deliver educational interventions as part of close pass operations – and although these were merely providing the tools for teaching, this very much set the stage for what followed.

The response to the campaign was incredible: positive feedback from police, from cyclists, from drivers, from newspapers and from the public at large. One officer told me their social media posts on close passing, with an image of our mat, had engaged more people than any other issue, getting people actively thinking about how they overtake cyclists, when in the past they may have merely followed course of habit, be that good, or downright dangerous.

With the demand for education high, both in terms of the eagerness from police and local authorities for materials, and from the annual road safety statistics, which have remained worryingly stagnant in recent years – we realised that if we wanted high quality education for drivers, we ought to do it ourselves.

Using our experience of the roads from the perspective of cyclists and input from the police to help teach drivers techniques which would keep cyclists safe our Too Close For Comfort educational films were born.

Once again, police were delighted, but the wonder of these films is that they could now reach a far larger audience than the mats ever could. For me it’s been a delight to show them at both learner driver events and then at the driving instructors show last month. The response was, once again, incredibly positive, a common theme always coming back: “I just didn’t think about it in that way before.”

What we quickly learnt (not always easy to grasp if you’re a regular cyclist!) is that most close passes or car-doorings aren’t a result of malicious behaviour, but instead are due to a failure to understand key issues relating to cycling, such as the impact of potholes or the feeling of being passed by a vehicle at high speed.

By allowing drivers to change perspective and see things from someone cycling's point of view – without even getting on a bike – our virtual reality film allowed people used to driving to recognise how unpleasant and intimidating a close pass could be, and we were delighted to see it recognised at this year’s FirstCar Young Driver awards.

This success naturally raised a question: could other simple interventions have an equally big impact on cyclists’ safety, beyond close overtaking? As we emphasised last year with our Cycle Safety: Make it Simple report, road safety interventions don’t always need to be complicated. While changes to the Highway Code or the statutory framework can take many years, even where those in power are supportive, a more positive educational campaign can be carried out far more quickly.

Deciding to practice what we preached, the issue of car-dooring, a common problem with an incredibly simple solution, seemed the natural next step in our educational journey. Drawing on the lessons and experience of Too Close For Comfort, we’ve created a suite of materials including a 3D and an independent 2D film, alongside an online and paper guide explaining the Dutch Reach, partnering with Uber to reach a much wider range of drivers – and passengers – than we ever could ourselves.

With our materials freely available to the police, driving instructors, parents, employers, and you, this is a truly open source campaign which we hope will be grasped enthusiastically by drivers and cyclists alike. And, if it is, I’m looking forwards to seeing how this branch of our work continues to flourish in the future.

Do you do the Dutch Reach? View

What did Cycling UK's campaigns achieve in 2019? View

Why is Cycling UK going to the British Grand Prix? View