Cycling the lanes of the Vale of Glamorgan under threat

Cycling the lanes of the Vale of Glamorgan under threat

Access to the lanes and paths enjoyed by cyclists, walkers and horse riders is under threat due to proposals for roadbuilding which will sever routes and communities

Over the last year, I’ve been exploring the Vale of Glamorgan by bike even more than I normally would. In less than 20 minutes, I can be cycling along undulating lanes with glorious views, often passing more horses than cars.

For many of us in Cardiff who cycle regularly and want to stay fairly local whilst still getting in a decent ride, means that the hills to the north can sometimes be too far, and the flats to the east not challenging enough. The Vale of Glamorgan, just a few miles west of Cardiff, is therefore perfect. Hearing about proposals to build a road that would mean I couldn't access these lanes without negotiating some pretty scary A roads was consequently quite alarming.

Help protect cycling in the Vale of Glamorgan

The Sunday before Cardiff went into a local lockdown, it felt as though everyone who had a bike had headed for the lanes for a final ride. Some just off to Cowbridge for a coffee, others to Ogmore on the boundary, or to Barry Island for a last ice cream. Whilst the numbers did seem extraordinarily high that day, Strava data shows that every week, hundreds of Cardiff cyclists head out to cycle in the Vale. 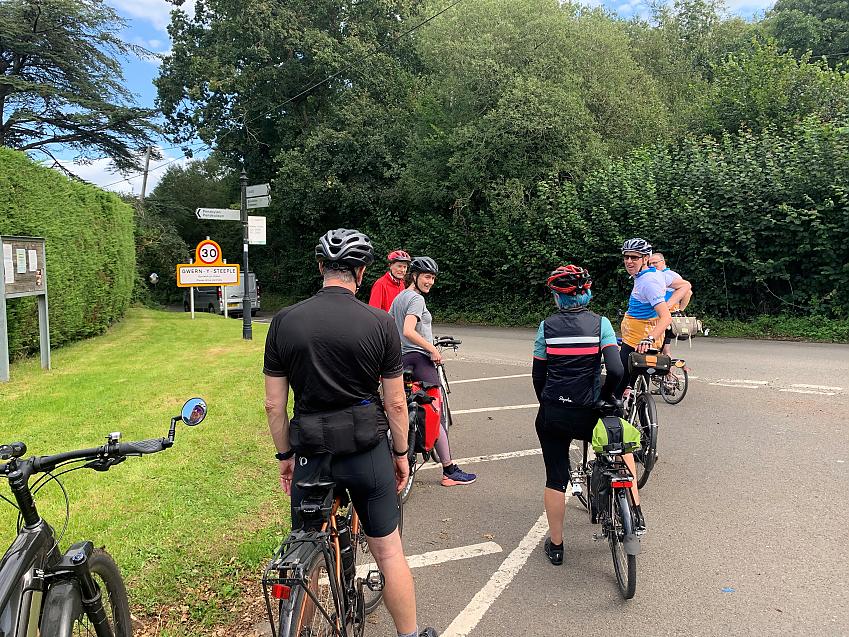 Cardiff CTC enjoying a ride in the Vale

One of the beauties of cycling in the Vale, is how you can create a seemingly endless variety of routes by linking up the lanes in different ways. However, it doesn’t take much to change a favourite route into one that fills you with dread; a newly constructed road can stop you in your tracks, leaving you to face 60mph traffic, as I discovered to my surprise on a ride to Llancarfan. Or, that lane could just disappear altogether, which is what is in danger of happening in the Vale of Glamorgan if the proposals to build a major road off the M4 go ahead.

Two of the lanes that allow best access to the Vale of Glamorgan from Cardiff would be cut off, instead forcing cyclists onto busy A roads. For many individuals and families, that would make this area completely inaccessible. For those familiar with the area, the lanes at risk of closure are; Peterston-super-Ely to Welsh St Donats, which would be closed west of Gwern-y-Steeple, and the lane from St Fagans to Welsh St Donats through Clawdd-Coch, which would be closed just east of Clawd-Coch. 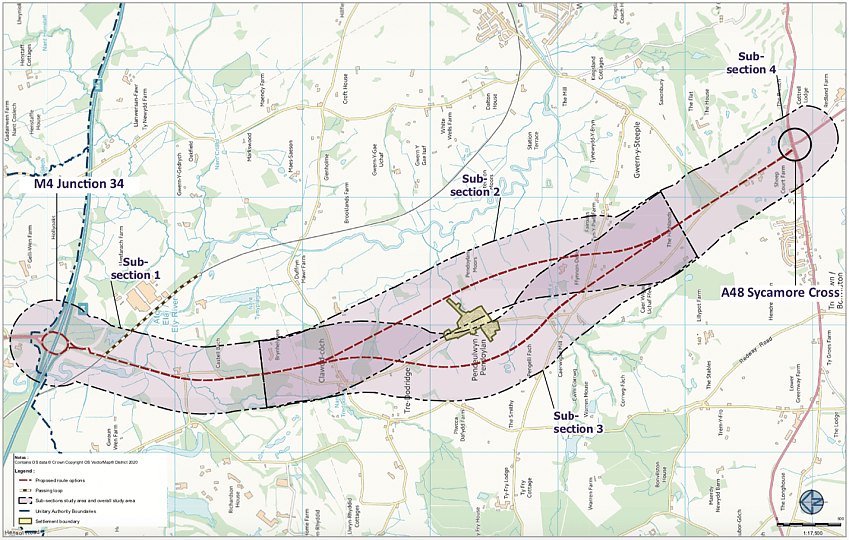 The reasoning behind this proposal is that it will improve vehicle access to Cardiff Airport and the nearby Enterprise Zone and, and with a ‘cycle path’ alongside a new road, we’re assured that the active travel box has been ticked.

Never mind that the path is not in the direction people want to cycle - apparently the measure of a successful active travel initiative is the length of the path rather than its utilisation. This proposal is not just a problem for a relatively small group people who enjoy riding bikes in relative peace, it has wider implications that need to be considered by all.

A failure to deliver on sustainable promises

In Wales we have some of the best - often groundbreaking - legislation, with an ambition to create an active travel nation where the principles of sustainable development are core to our social, economic, environmental and cultural well-being.  Yet we are often failing to deliver on these promises.

The Active Travel Act places a duty on local authorities to plan and prioritise improvements to the active travel network. The associated design and delivery guidance should ensure that all active travel infrastructure meets a high standard and that any road works should enhance and not detract from walking and cycling provision. This proposal falls short on that count: it takes no account of desire lines and community connections.

Road building cannot be the default option if we are serious about the climate emergency, and we want to enable more people to travel sustainably and live healthier, happier lives.

Equally, the Wellbeing of Future Generations Act places a duty on public bodies to consider the long-term impact of the decisions they make and whether those decisions will give current and future generations a healthier and more sustainable way of living. This proposal fails to consider sustainable transport options, so how can we be sure that transport poverty, and the inequalities which transport poverty perpetuate, have been taken into account? 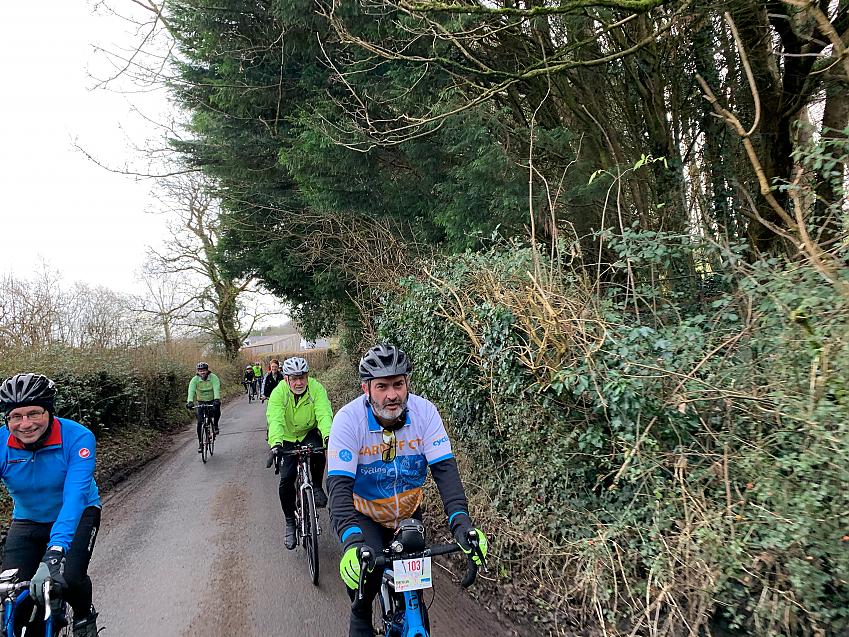 In Wales, we continue to talk about law and strategies that will deliver on these goals. There is cross-party support for a Clean Air Act, which could be enacted early in the next parliamentary term. The draft Transport Strategy currently out for consultation places walking and cycling at the top of the transport hierarchy. Yet this all means little if, when it comes down to delivery on the ground, we revert to the old ways of doing things and if those in power fail to use the tools they have available.

Road building cannot be the default option if we are serious about the climate emergency (which both the Welsh Government and the Vale of Glamorgan Council have declared) and we want to enable more people to travel sustainably and live healthier, happier lives.

Consultations are one opportunity for us all to let the decision makers know when we think that they’re getting things wrong, and they do make a difference. This week, we have seen the release of The Burns Report recommendations, commissioned in response to the Welsh Government's decision not to proceed with plans to reroute the M4 around Newport. Instead, the bold decision was made to invest in a networked solution where active and sustainable transport is prioritised. Our voices made a difference then, and they can now.

Check out the proposals, and if you don't think that the Vale of Glamorgan needs another major road building project, then let the Local Authority and your Members of the Senedd know.

Cycling UK will be submitting a detailed response before the consultation closes on 23 December and I'd like to thank Cycling UK members Richard Evans and Hugh Mackay for all the work they're doing to support this action.

If you're interested in finding out more about our campaigning work and ways you can get involved then don't hesitate to get in touch.

Cycle Advocacy Network - this is not a drill View

Burns backs more buses, trains and bicycles to bust congestion on at Brynglas View
You too can champion cycling in the UK
Give your support today to help Cycling UK’s charitable work tomorrow. We double every pound you give through other sources to help change lives and communities through cycling.
Volunteer now
Cycling UK continues to support the UK to cycle
This remains true during this difficult period with the ongoing threat of coronavirus Covid-19
Read our latest advice on cycling