It adds that investment in walking and cycling in England must be doubled in the next year, and further doubled before 2025 to achieve the Government’s own targets for active travel.

The Government is due to publish its own research into the funding required to meet the Department for Transport’s aims for cycling and walking by 2025, after it admitted its current policy would only see it achieving a third of its aim to double cycling trips.

Cycling UK wants that research published at the earliest opportunity. 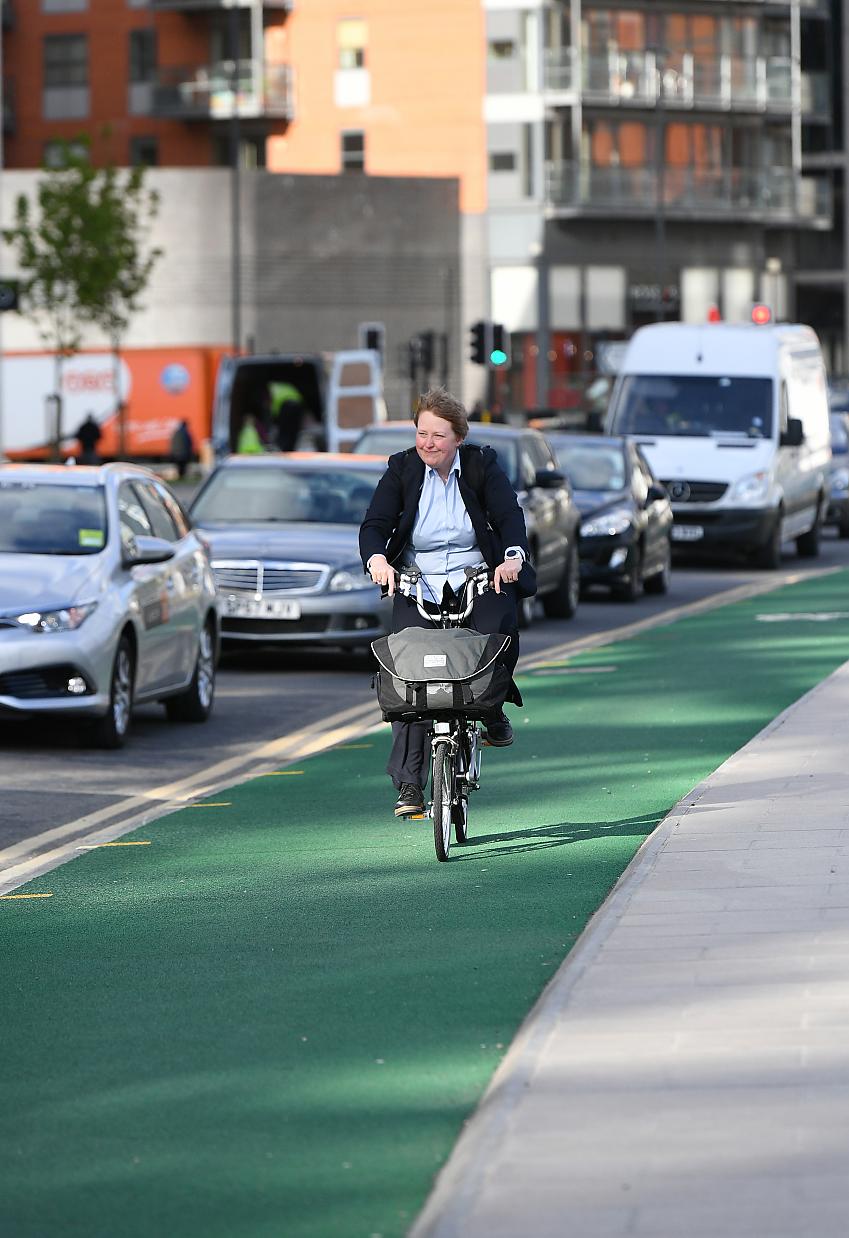 The letter from Chief Executive Paul Tuohy to the Secretary of State, Chris Grayling MP says: “Investment in cycling could make a huge and remarkably cost-effective contribution to tackling several of the economic, health and environmental challenges now facing our country. “

Paul Tuohy adds: “We are currently facing a climate crisis, a congestion crisis, a pollution crisis and an inactivity-related health crisis.

“Underlying all of these crises is a ‘underfunding of cycling and walking crisis’, which has persisted for decades under Governments of all hues.  It is therefore increasingly critical that you seize the forthcoming Spending Review to address it with the urgency it requires.”

We are currently facing a climate crisis, a congestion crisis, a pollution crisis and an inactivity-related health crisis.

The letter comes on the day the Transport Select Committee published a report on active travel also recommending the Government to increase funding for active travel.

The report says: “The Department for Transport should propose a long-term funding settlement for active travel, increasing over time. This would give the signals necessary to local authorities to make active travel a priority.

“The Department for Transport should seek appropriate funds from the Treasury to ensure the delivery of new, ambitious targets in the revised Cycling and Walking Investment Strategy that we have called on the Department to adopt.”

The Government is expected to launch its Spending Review to decide the priorities for funding within the next few weeks and should announce its conclusions by the end of the year.

This would provide the perfect opportunity for the Government to realign its funding priorities to cycling and walking.

Cycling UK’s letter continues: “The aim must surely be to ensure that the forthcoming Spending Review delivers a renewed Cycling and Walking Investment Strategy that genuinely transforms our roads, streets and communities into clean, safe and attractive places to live, shop, work or move around on foot or by cycle, for the benefit of our health, our economy and our quality of life.”

Write to the new Transport Minister

Full transcript of the letter to the Transport Secretary below.

Investment in Cycling and Walking

I write to you as CEO of Cycling UK to press you to act urgently on the key recommendations of the Commons Transport Committee’s ‘Active Travel’ inquiry, particularly in relation to target-setting and investment.

Investment in cycling and walking could make a huge and remarkably cost-effective contribution to tackling several of the economic, health and environmental challenges now facing our country.  We are currently facing a climate crisis, a congestion crisis, a pollution crisis and an inactivity-related health crisis.  Underpinning all of these is a long-term ‘underfunding of cycling and walking crisis’.  The imminent launch of a Spending Review provides a crucial opportunity to tackle these crises as is today’s publication of the Government’s ‘Prevention’ Green Paper on improving public health.

The Transport Committee’s report calls on your Department to “propose a long-term funding settlement for active travel, increasing over time”, that is sufficient “to ensure the delivery of new, ambitious targets in the revised Cycling and Walking Investment Strategy.”  The report also recommends that a revised Cycling and Walking Investment Strategy (CWIS) should include “more ambitious targets for increasing the levels of cycling and – particularly – walking”.  They then specifically call for “targets for getting people to switch from driving to active travel”, adding that these “should be at a level that ensures England meets – at the very least – the Committee on Climate Change’s assumption that there will be a 10% transport modal shift by 2050.”

Yet your Department has acknowledged that “Current policy is projected to fill around one third of the gap” towards the Government’s current aim of doubling the number of journeys made wholly or partially by cycling, by 2025.  Giving evidence to the inquiry, your former ministerial colleague Jesse Norman MP had acknowledged that “[Meeting the existing cycle use target] will require major further intervention if we’re going to get there”, adding that “We’re going to need… potentially double or more that rate of intervention if we’re going to hit that.”

It therefore concerns me that, during your own evidence session before the Commons Transport Committee last week, you appeared reluctant to commit to the investment needed to meet even your Department’s existing aims and target.

Your Department has made the commendable decision to commission consultants Transport for Quality of Life (TQL) to advise on what additional funding this will require.  That research could also help determine what is needed to meet the strengthened targets which the Transport Committee is now calling for.

Based on previous research and our understanding of the results of TQL’s work to date, we anticipate that the doubling of funding suggested by Jesse Norman is the minimum requirement for Year 1 of the next Spending Round to set the country on course even to meet the CWIS’s existing aim and targets – let alone any strengthened targets – and that a further doubling within 5 years will be needed to set us on course to achieve its ambition to create “a world where a 12-year-old can cycle and walk safely on our streets” by 2040, such that cycling and walking are by then “the natural choices for shorter journeys, or as part of a longer journey”.

Could I therefore seek the following assurances:

Write to the Transport Minister

Ditch the car for cycling and walking, say MPs View

Would you rather... View

Are ministers finally listening to our calls for funding for cycling? View
Cycling UK continues to support the UK to cycle
This remains true during this difficult period with the ongoing threat of coronavirus Covid-19
Read our latest advice on cycling
Join Cycling UK to help us change lives and communities through cycling
Membership gives you peace of mind insurance, discounts in cycle shops, rides & routes
Join now