Potholes are particularly dangerous for cycling, especially toward the side of the road.
By Keir Gallagher
Monday, 16 March 2020

The new research from Cycling UK shows only one in 10 local authorities are meeting their own target times to fix potholes and road defects. Cyclists across the country are being put at risk by hundreds of thousands of potholes being left unfixed for up to months on end.

The new research from Cycling UK, released today, coincides with the launch of Pothole Watch Week, during which we are calling on the Government to commit to a long-term funding strategy to help solve the pothole crisis and to adopt a ‘fix it first approach’, to get our current roads network in order.

However, it’s not all bad news, as the research also found that many councils are filling significantly more potholes than are reported to them by the public, and Cycling UK is also calling on all members, supporters and road users of any kind to use Fill That Hole to report potholes to their local authority.

Just because you pass the same pothole every day, if you don’t report it, the council probably won’t even know it’s there.

Keir Gallagher, Campaigns Manager at Cycling UK, asked cyclists to “remember that just because you pass the same pothole every day, if you don’t report it, the council probably won’t even know it’s there. It only takes a minute to use Fill That Hole and, once reported, the Council have to inspect the pothole and, if it’s dangerous, fix it or risk legal liability if there’s a crash.

“Using Fill That Hole help get dangerous potholes fixed and also ensures other cyclists who do fall off after hitting a pothole have a better chance at claiming help with any costs associated with their recovery”.

Out of 85 Local Authorities which provided information, only 10 successfully filled all identified potholes within their target time, although most did eventually manage to fill all reported holes. North Tyneside Council was one of the most effective authorities, repairing all 39,258 identified potholes on time between 2015-19, while Wakefield City Council was the worst performer, managing to fill only 13% of reported potholes on time. A full list can be downloaded from the sidebar.

While no part of the UK performed well, 1 in 6 English authorities responding to the Freedom of Information (FOI) request made by Cycling UK meet their target times, while not a single responding authority in Scotland or Wales achieved this.

Most local authorities set target times of over three weeks for non-urgent potholes, but even these generous targets often weren’t met, meaning millions of potholes are being left unfixed for potentially months on end.

The reality is, local authorities cannot deal with this issue without a long-term funding commitment from Government.

While potholes are a real problem for everyone who uses the roads, they pose a particular risk of injury to cyclists. At least 448 cyclists have been killed or seriously injured on our roads over the past 10 years, with three deaths in 2018, the last year with available data. The charity has suggested that this is only the tip of the iceberg, with most crashes never reaching the statistics if no police officer attends the scene. 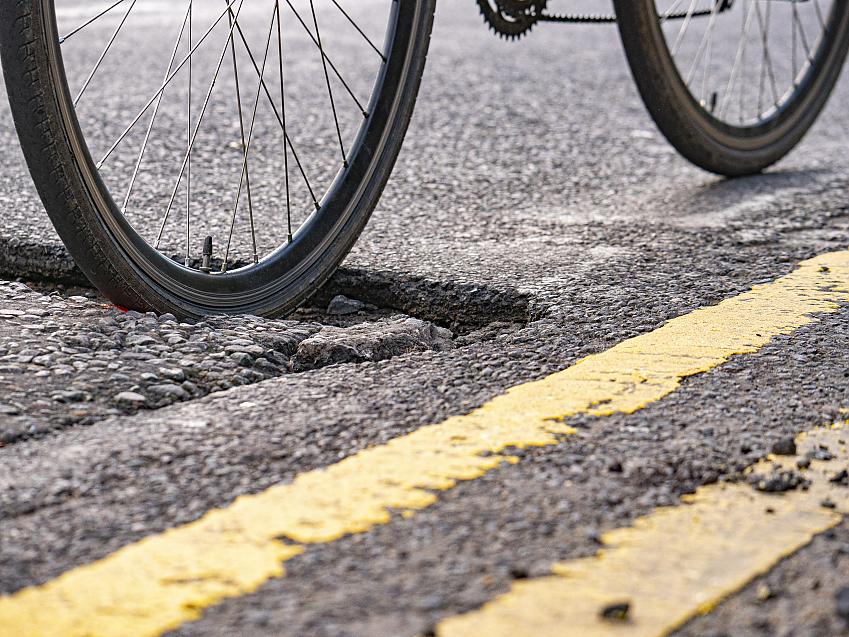 Keir Gallagher, Campaigns Manager at Cycling UK, said: “While Boris Johnson talks about “levelling up” the country’s infrastructure, the reality is that millions of miles of roads in the UK aren’t even fit for purpose in the first place.

“The reality is, local authorities cannot deal with this issue without a long-term funding commitment from Government, enabling them to plan ahead as opposed to constantly trying to play catch-up with the ever-expanding pothole crisis.

“We’re also asking for everyone to play their part in helping get dangerous potholes repaired by reporting them to your local authority, which is easy to do with Cycling UK’s Fill That Hole website and app”

If you want to see how well your local authority performed, you can download the data sheet. 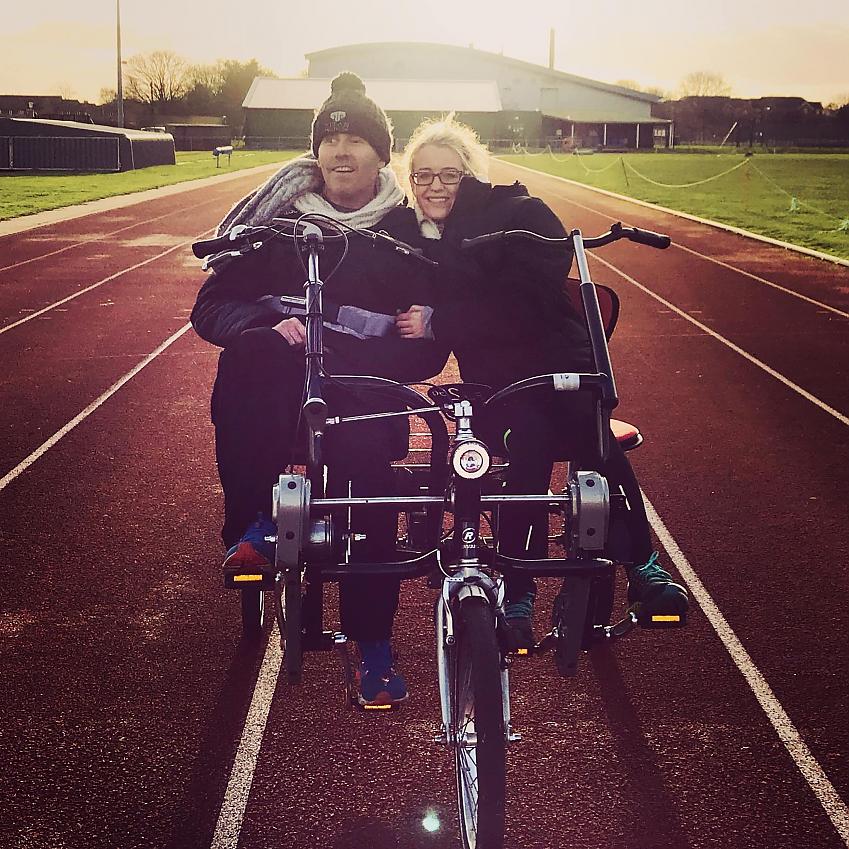 Colin McAuley hit a dangerous pothole in 2018, when he was cycling during a triathlon, near Southwell in Nottinghamshire. A keen and regular cyclist, Colin was knocked off his bike, leaving him unconscious and facing life threatening head injuries.

Colin spent six months in hospital, many of them in intensive care, and two years on from the crash he is still going through rehabilitation and is reliant on support and care from his partner Holly.  As a result of the collision, neither Colin nor Holly were able to continue working full time, and Holly said: “in a blink of an eye our lives changed forever, and we are still struggling with the aftermath”. 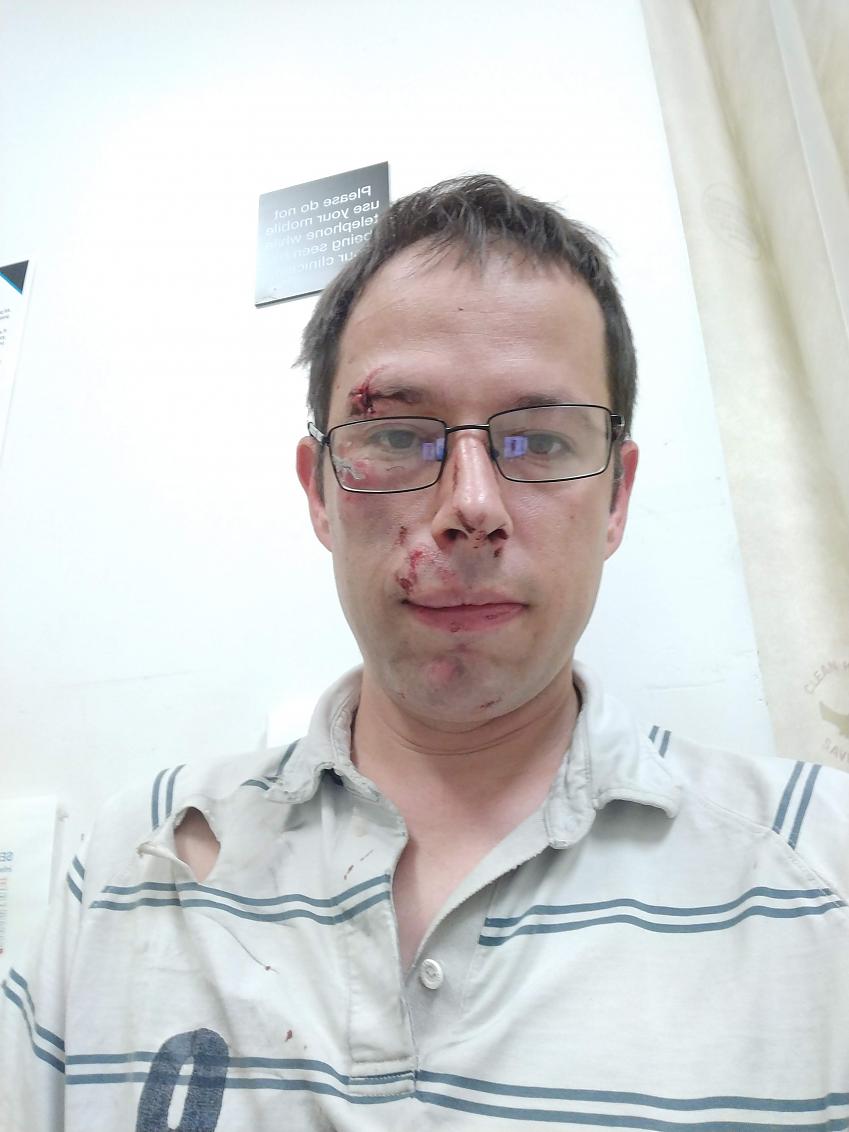 Ben Ritchie after hitting a pothole in London.

Ben Ritchie, also a regular cycle commuter, woke up in an ambulance after hitting a pothole in London. He was left with wounds to his face and now faces chronic neck pain. The collision has affected Ben’s confidence to continue cycling and his ongoing pain means cycling is difficult, because of the need to often look behind to check traffic. Although he often reports potholes, he’s highlighted that all too often they aren’t fixed promptly, leaving himself and others at risk.

Potholes – what is the Government going to do about them? View