The Trans Pyrenees Race is a 1500km self-supported ultra distance cycling event designed by the late Mike Hall. The challenging cycling route takes riders through the Pyrenees from the Bay of Biscay to the tip of the Cap de Creus in the Balearic Sea and back again. In October 2019, Mark Ackroyd took part in his first bikepacking race, with the clock always ticking, a brevet card to fill and checkpoints along the way - he had many mountains to climb to make it back in time.

In October 2019, I was one of around fifty riders to complete the first Trans Pyrenees Race (or ‘TPRNo1’). The race is a self-supported event requiring a two-way traverse of the Pyrenees mountains.

Starting in Biarritz on the Atlantic coast, we bikepacked through wild and remote mountain areas to Cap de Creus on the Mediterranean Sea. The return route to Biarritz was a ‘greatest hits’ of iconic Pyrenean climbs.

To earn an official finishing place, riders needed to complete the race in less than one week. With 1600km of riding, 30,000m of climbing, 12 hours of darkness every day, and a clock that never stops, seasoned long-distance riders described the race as exceptionally tough.

As a novice to bikepacking races, I can’t compare TPRNo1 to other events, but I can describe how it was one of my most intense, satisfying and all-consuming experiences.

I signed up for the race in January 2019. I had two years of road riding experience. I had managed a couple of 300km rides in Scotland and Wales, and was inspired by big days on small, steep roads.

I hoped that TRPNo1 would give me a huge dose of my favourite kind of riding, combined with the wild terrain and multi-day strategy that I was used to in my other passions of rock climbing and walking in the mountains.

I wanted something to make me push myself on the bike - a hard challenge with a real risk of failure.

Most of my spare time in 2019 was devoted to preparation for the race. When I wasn’t pouring over details of checkpoints or route files, I was testing gear on long rides.

I bought dynamo lighting, aero extensions, and bags for my gear and food.

Every weekend and holiday saw me out on the roads. I learned to ride confidently through the night, to eat hundreds of calories during flying stops at petrol stations, and to keep warm during changing weather.

Mostly, though, I climbed. I rode long loops with thousands of meters of elevation, went on weekend trips to seek out steep roads around the UK, and clocked up days of climbing during holidays with my wife to the mountains of France and Scotland.

Sometimes the preparation was stressful, and sometimes the riding was lonely. But with friends and family quietly encouraging me, the need to be ready for TPRNo1 gave me a deep sense of energy and focus throughout the year.

In London during the week, I rode laps up to the famous Crystal Palace transmitter, where I could complete a vertical kilometre in chunks of 66 metres before breakfast. Sometimes the preparation was stressful, and sometimes the riding was lonely. But with friends and family quietly encouraging me, the need to be ready for TPRNo1 gave me a deep sense of energy and focus throughout the year.

When October arrived, I flew to Biarritz feeling ready. 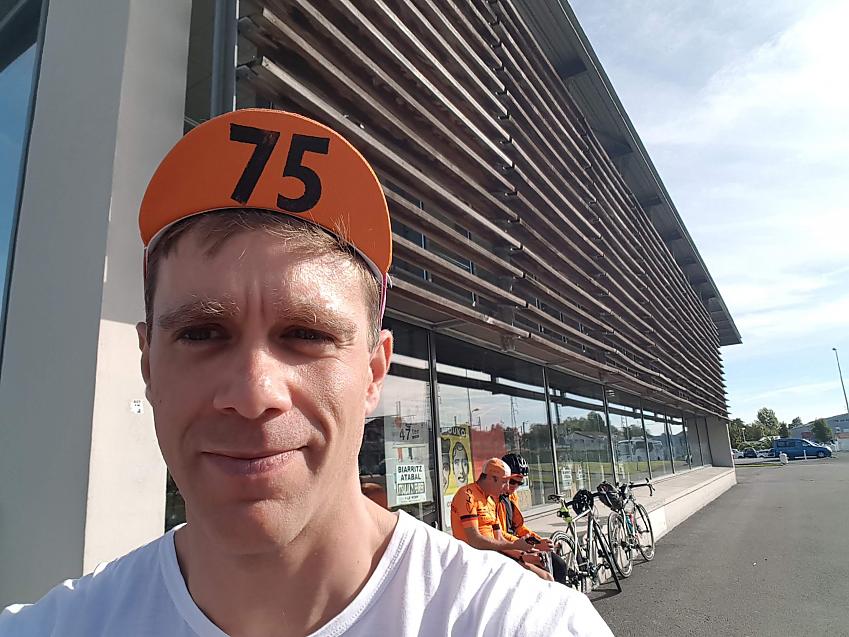 The registration process involved a day of back and forth from a huge skatepark in Biarritz, where I met the other nervous riders and was issued with three things that made the event feel very real: a GPS tracker; my ‘brevet card’, for collecting checkpoint stamps, and; my race cap, stamped with my race number ‘75’. I associated all of those things with the accounts I had read of long distance racing, and it was exciting to pack them for myself.

The next day saw us sent off in small groups through the drizzly Basque country, and we were quickly onto the long climb of Col de la Pierre St-Martin at nearly 1800m. Rain at the summit gave way to hot, sunny weather as we descended into Spain.

For two days we eased through spectacular valleys and ancient villages. Required sections of course took us along tiny back roads and a stretch of rough gravel. The riding was some of the best I had ever seen, and there was a sense of quiet camaraderie among riders.

At the end of day two, I reached one of the race’s main challenges - the climb into Andorra over the 2300m col of the Port de Cabus.

The climb was on a rough, rocky dirt road through the forest. I started up at 7pm with the sunset, and quickly realised that I had not eaten enough and was low on supplies. I had to dig deep for three hours as I rode and pushed in the darkness. The setting was incredible, with the lights of other bikes visible on the mountainside, company from other riders, and a starry horizon of huge peaks. At the top, the forest road gave way to bright clear skies and to a freezing 1000m descent on moonlit tarmac down to a checkpoint, food and sleep.

The next day I had planned to reach the coast. I had to tackle another monster climb out of Andorra, wind my way through the cols of French Catalonia, and then turn south down 100km of frontier highway to the Spanish coast.

Tired, aching and late to start, I finally perked up on the long descent into France, and then started to ride well as I pressed west through open, rolling landscapes and then steeper, wooded country as I neared the coast.

As night fell, I met faster riders flying west back to Biarritz. We rang our bells and called out in the night: ‘Allez, allez!’ 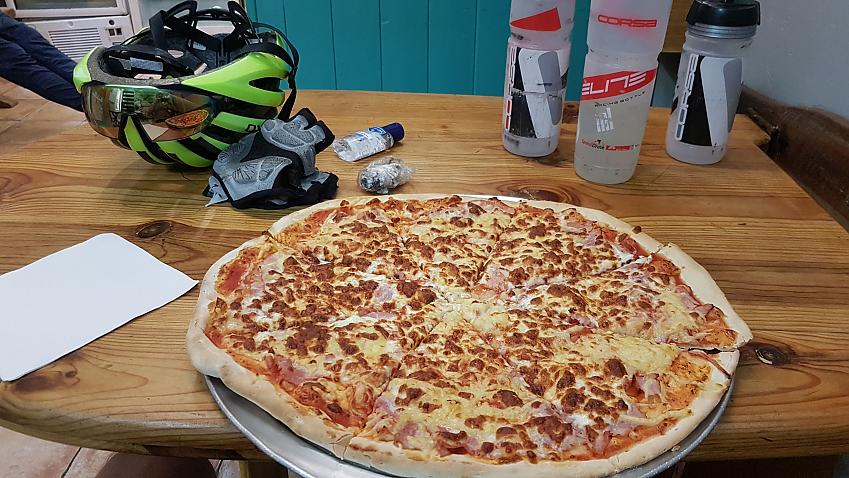 I crossed the final col in pitch darkness and was descending happily when I noticed a huge error. I had left open my saddle bag at the summit. The darkness and my mental tiredness had caught up with me. My warm jacket and leg warmers were gone. They were my safety margin for the high mountains ahead - losing them was a disaster.

In desperation, I re-climbed 700m to the col without luck. Now deep into the night, I finally turned back downhill along my route. As I rode, I tapped away on my phone researching how I could replace my lost kit and continue the race. Eventually the road became the expected large highway. It was quiet an