Manchester’s latest cycling hero has arrived! Cycling development officer Ellen Holmes has been helping people in Greater Manchester to start or return to cycling through the Big Bike Revival for the last three years, and her good work has been recognised on a vibrant local mural by artist Anna Smith.

The mural features well-known faces such as Chris Boardman and Andy Burnham alongside other members of the city’s cycling community. Its home on a building used by community organisation Platt Fields Bike Hub has a special place in Cycling UK history as it was the location for the Big Bike Revival’s pilot events back in 2014.

From humble beginnings, BBR has gone from strength to strength since, getting thousands of people back into cycling through a Department for Transport-funded programme of free events and services delivered by local organisations.

In addition to delivering BBR events, the Bike Hub is part of Cycling UK’s network of Community Cycle Clubs, organisations around the UK which encourage and support people to cycle with the aim of building social networks, improving health and wellbeing and providing a low-cost transport option.

And there are even more links to Cycling UK as the artist Anna Smith is a former BBR cycling development officer herself. Anna said: “As an art graduate, I wanted to merge my love of bikes, art and people, so I came up with the idea for the mural, to put everyday cyclists on a pedestal and celebrate all the good work that goes on here.”

It was Anna who helped set up Platt Fields Bike Hub as a Community Cycle Club back in her Cycling UK days. Now she runs Pow Wow Pedal Power, which offers cycle-powered music systems for events, along with running cycle-themed art projects in the city. 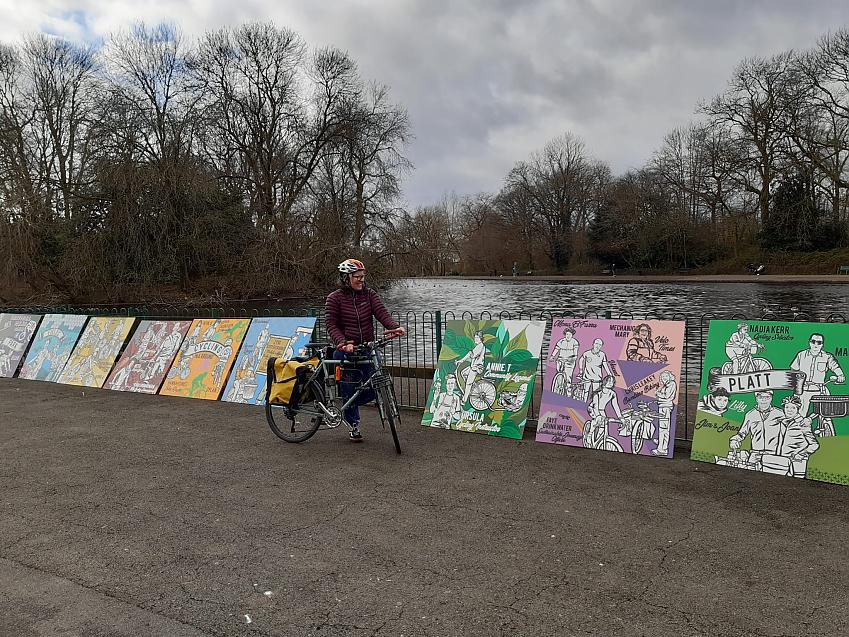 Artist Anna Smith at work on the mural

She obtained funding from the National Lottery through the Awards for All programme to create the mural, involving local community groups like the Proud Trust, City of Sanctuary, Manchester Youth Justice and local residents. When Covid hit, Anna was not deterred and completed the artwork by herself in her basement.

Hundreds of hours of painting later and the old boathouse by the lake in Platt Fields has been transformed. And the latest addition to the mural is delighted to be taking her place among the inspirational figures in her local area.

Ellen commented: “I feel honoured to be on the mural in the company of people like Chris Boardman – it’s really cool!” 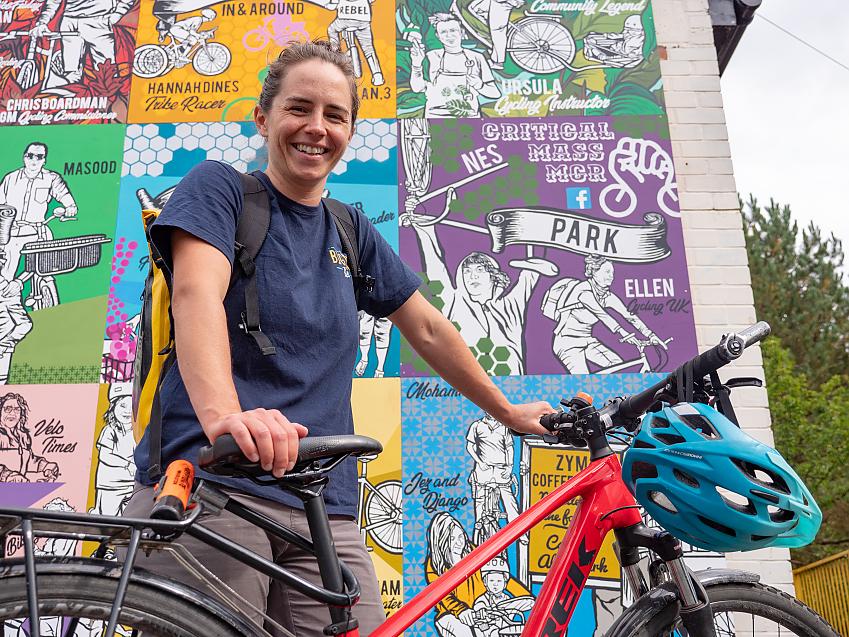