It's (hopefully) hot, which means time for the short sleeve top!
By Sam Jones
Monday, 20 June 2016

It's the season for short sleeved cycle tops, and Cycling UK has been busy testing a range of men's versions throughout the spring months. We've explicitly sought out tops which sit largely in the mid-price range, looking for a combination of quality with hopefully affordable prices. 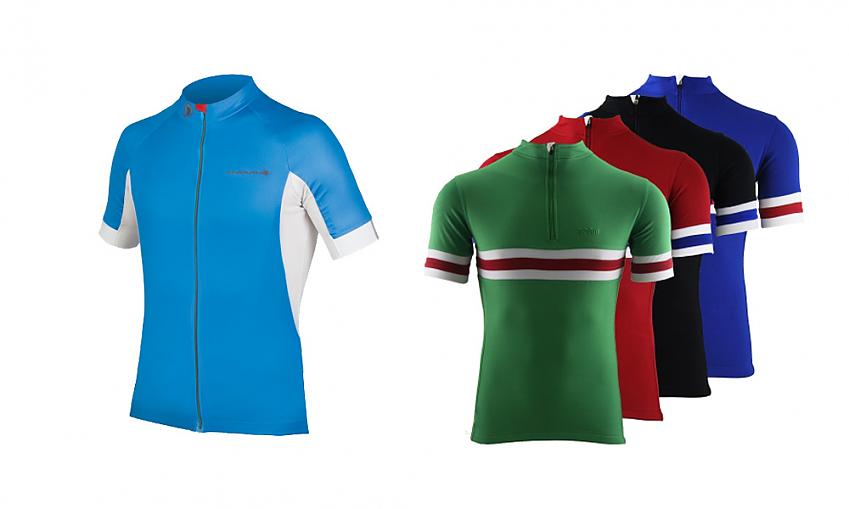 The Endura: FS260-Pro III Jersey is part of Endura’s Sportive range, is designed for all-day comfort and performance.

The model I tried was their limited edition light blue. It was well made with details including a full-length zip and an effective gripper which prevented the jersey from rising up my back.

It is a very lightweight top with mesh sides, so ideally suited for the more active sportive rider, or if you were thinking of heading out on a warm, sunny day. Standing tall at 6ft and weighing about 13.5 stone, I chose the XL size which fitted well both on and off the bike.

On the rides the top was very comfortable throughout the day with a soft feel against the skin. Being nice and lightweight this one went in the bag for a recent tour and performed well across multiple days and weather conditions.

I tried this top together with Endura’s bib shorts and found they were both well made, performed excellently and were really a matter of 'wear and forget' – which is just what you want.

There’s a lot to love about the Torm T11 jersey. First off, they’re all made from that magical cycling fabric SportWool which is sourced from a factory in Denmark. This factory is the only licensed supplier of SportWool in Europe, which means when you’re buying a Torm jersey, you’re effectively buying the same quality of top that many high-end companies also peddle – but at half the price.

Designed and sold out of local bike shop SP Cycles in Broadstairs, Kent, when the Torm range started it was the shop that kept the range going. Now some years later, with internet sales on the up while local bike shops are suffering, the situation has reversed. It’s the Torm range which now helps to keep SP Cycles' owners, Paul and Alan, doing the job they love on the shop floor!

To the top and arm warmers in use. I’m 5ft 8in with about a 38in chest so have been using a medium. It’s a snug, comfortable fit with three spacious back pockets that also feature two separate small zip pockets for valuables. I’ve found the grippers on both the arm warmers and the hem have worked perfectly over several months of riding and wearing.

The arm warmers have been the revelation for me and have helped turn a short sleeve sunny spring/summer cycling top into a versatile all-weather spring top. They’re particularly useful, as I found out on a recent week-long cycle tour in France where the weather seemingly changed its mind several times an hour.

On tour, the SportWool worked a treat, wicking well in the heat, while keeping me warm in the chill when combined with other layers. An additional plus was that it passed the 'smell test' far longer than synthetic tops I have tried in the past! It's also come out well after several washes and looks just as new as it did coming from the packet, three months and several hundred miles later.

It’s not a flashy piece of clothing that screams 'cycle top' at you, something which is important to me, as I want a top I can wear both on the bike and in the pub. I really appreciated the simple functional style and details such as the 'zip garage', which made it a comfort both on and off the bike.

On the basis of trying this top alone, I’m sold on Torm and can’t recommend them enough! 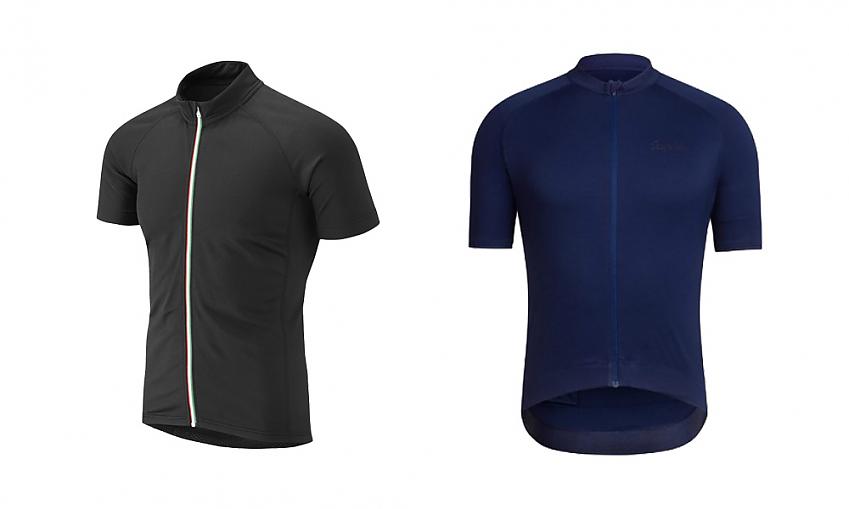 Never having worn howies’ clothing before, I am immediately a big fan. I first tested their howies Cadence short sleeved cycle jersey cycling over the cobbles in the Paris-Roubaix sportive in April. There was enough discomfort from the road conditions so I was keen to ensure that my clothing did not add to this.

A particular bugbear of mine is cycling jerseys with scratchy zips, or which do not feel comfortable around the neck when fully zipped (I must have a knobbly Adam’s Apple). This jersey was perfect in that regard, and in fact by far the most comfortable jersey I have ever worn.

I tested the medium sized jersey. It was cut longer in the back, avoiding the annoying feeling you experience when your top, and whatever may be in your back pockets, rides up your back. I know now that the material is a blend of Merino and a fibre called Serona, but even before reading the manufacturer’s description it was obvious that the material had a very different feel to it than most cycle-specific clothing.

Thicker than Lycra, with a softer almost ‘woollen’ feel, but which fit me snuggly as you would expect with a cycle jersey, this was also an extremely breathable fabric. I have subsequently worn this top cycling on a rare hot day without any base layer underneath, with the jersey itself performing that function.

While the big selling point for me was comfort, this is also an extremely stylish piece of clothing. Black and sleek with a coloured YKK, this performed the job of a Lycra top but I didn’t feel like a Lycra wearer. As an item of clothing it was something I would happily wear off the bike.

Much like the Core Bib Shorts these also borrow styling and technologies from Rapha’s more expensive range. The Rapha Core jersey is a summerweight short sleeve jersey constructed from 100% polyester rather than merino wool which Rapha is well known for. It's classy rather than brash in a single colour and, as one comes to expect from Rapha, it’s very well tailored. Unlike cheaper jerseys that use just two panels of material (front and rear), Rapha has used side panels and tailored sleeves to give a close fit. The cut, it has to be said, is quite racy with a higher cut front waist. This works perfectly when stretched out across the handlebars but I found it pulled a little tight when off the bike. That said, this is a cycling jersey.

On the bike the jersey wicked moisture well and featured three rear pockets which were easily accessible when riding, and also a neat zipped pocket for coinage or a phone. As an interesting quirk, Rapha has printed a poem within the pocket. Perfect for those requiring a catalyst for contemplative thought – the perfect companion for any bike ride.

Overall, very well cut and great quality but I’d probably upgrade to the Rapha Club jersey at £100 to get the merino feel.

If you're looking for cycling shorts to accompany your top, then check out our accompanying article which looks at a range of bib shorts too.

Cycling UK will be publishing its review of women's specific cycling tops in the near future.