Robin Snelson out on the track at the Newport Velodrome
By Victoria Heywood
Friday, 16 November 2018

Cycling UK member Robin Snelson rides with a low-key Cornish cycling club that has a penchant for cake. But after he retired, Robin realised he has the potential to be a cycling record-breaker. Later this month he hits the track, hoping for glory with the Veterans Time Trial Association.

Robin wants to be the person to cycle the furthest in one hour in the 65 to 69 age category. The record stands 27.51 miles (or 44.272km) from a standing start – a distance that will be fixed in Robin’s mind come 20 November.

Robin’s life at the moment is a busy blur of gym sessions, scientific measurements, and trips up from his home in Cornwall to the newly-renamed Geraint Thomas National Velodrome in Newport.

But it wasn’t always like this. Robin was never a competitive cyclist in any form, until he made a perspective-shifting scientific discovery about his own body.

“I had always cycled from very early on, in fact I don’t think I took my driving test until I was 34,” explains Robin. “I relied on cycling for transport, but just for transport, and I got into long distance cycling in my twenties.

“The real thing that sparked it for me was when I saw an advert in the Audax UK magazine Arrivee asking for highly active over-55s who would be available for research into the relationship between age and physiological function.” 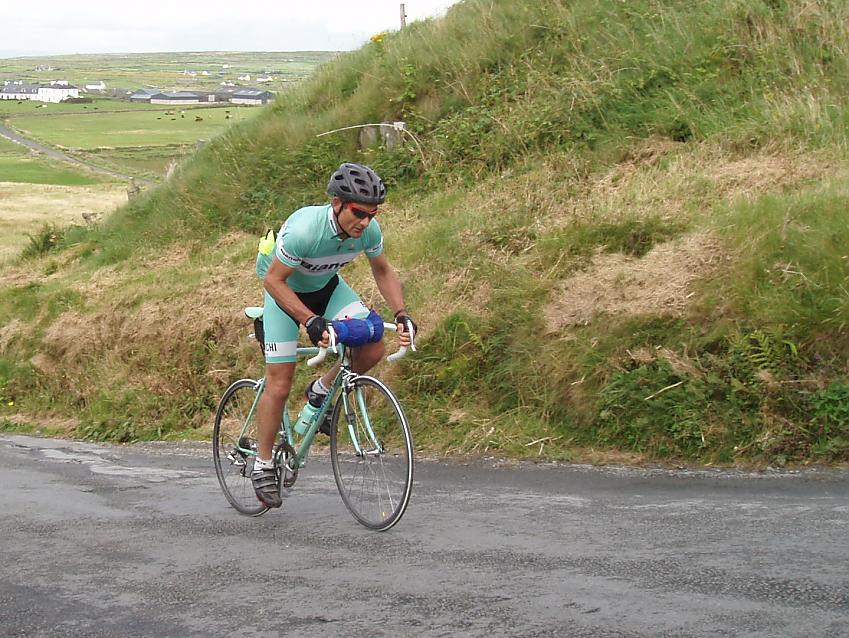 Robin out on the Ireland Etape Hibernia route

Robin and another member of his cycling club, the Cycling UK-affiliated Falmouth Wheelers, made the cut, and were invited to take part in the study run by Kings College London in February 2013.

“It was absolutely fascinating,” says Robin. “Anyone who wants that level of detail into their bodily make-up and functioning usually has to pay a huge amount of money for it.”

Robin was told he was functioning at the very peak for his age group, encouraging news considering he’d achieved this without any specific training programme.

In particular, the study revealed that Robin had an unusual muscle composition; 86% of his muscle was classified as ‘slow-twitch’ muscle vs. 14% ‘fast-twitch’ muscle, giving him incredible capacity for endurance. (An average ratio is around 50:50.)

It sparked something in Robin. 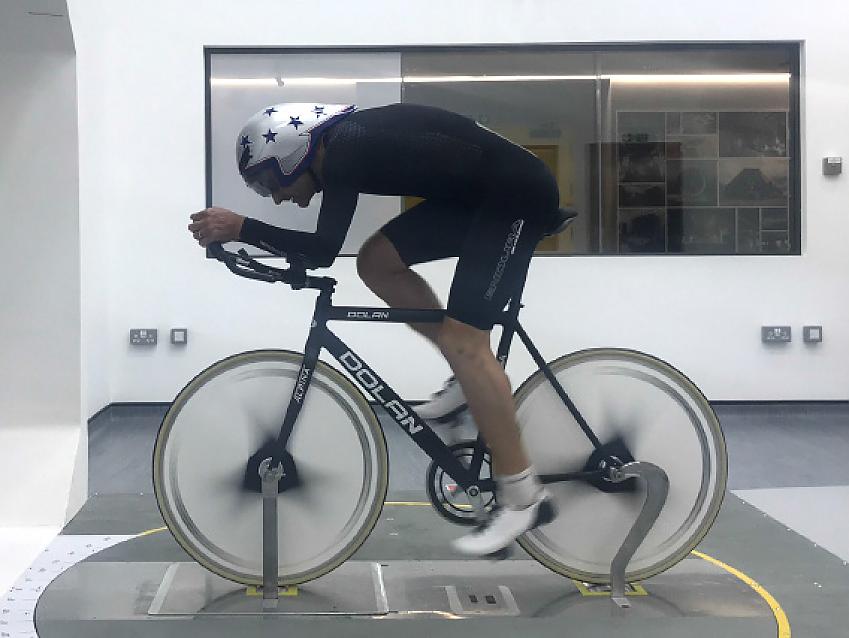 Robin training in a wind tunnel

“I thought about the results for quite some time, how good I could be, how much more I could improve… After all, I had never not knowingly won the age category of any event I had done.

“Then someone in my club organised a taster session at the Newport Velodrome and we went again the following year. I started attending drop-in sessions and eventually became an accredited rider.”

It was here that Robin learned about a community of older cyclists who were pushing themselves to achieve amazing things in spite of their advancing ages.

“I met Walter Fowler, an hour world record holder in his eighties and an incredible sprinter too – he can out-sprint me!

“I thought about what I would like to do next – I knew I didn’t want to be racing in groups. I’d come off my bike enough already, and I’d come off on the track. It melts clothing – it’s extraordinary."

Robin became set on taking on a record for himself.

Initially I was uncomfortable about voicing my idea to do the record. As a club we are more the types to get a record for eating cake!

“It started off as a little conceit really,” says Robin. “I’d only done two time trials in my whole life. The types of cyclists usually taking on these records are usually professionals coming to the end of their careers, people who have competitively cycled all their lives.”

It took the backing of the ever-loyal Falmouth Wheelers to make Robin commit. The group has even organised a minibus to take them up to Newport to back Robin on the day of the attempt.

“As a club we are very much a social club. There are clubs around Cornwall who race and so forth, but that’s not really us. We are mainly for the newly retired, opening up a new activity and circle of friends to people who find that such opportunities have closed off with the end of their working life.

“Initially I was uncomfortable about voicing my idea to do the record. As a club we are more the types to get a record for eating cake! A lot of us will even go in for a full English to fuel us up for the day. We’re not into huge performances – but I knew that I could achieve it.

“I’ve had lots of interest from my cycle buddies and a huge amount of support, which has proven crucial for such an undertaking." 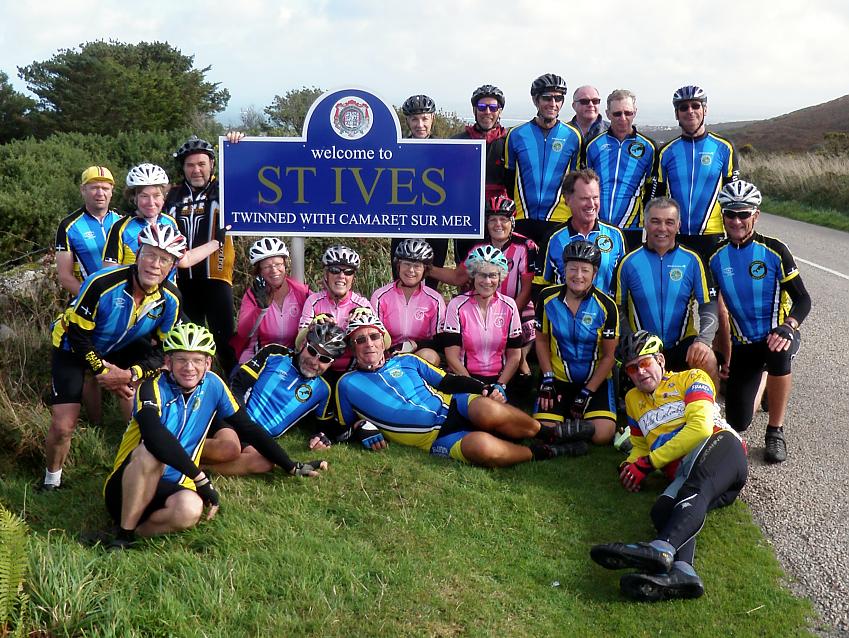 "Rob Smalden is a friend who coaches strength and conditioning at the Falmouth University gym where I'm a member, and he has always stressed the importance of weight training to make me a better rider. On hearing of my challenge he and his business partner, Sam Guy, persuaded me to join their early morning class and introduced me to a regime of strength and flexibility.

“Two years on I recognise it as being core - excuse the pun - to my success. Years of poor posture and lack of strength training have left me with restricted body movement and a vulnerability to injury. I am now more supple and stronger than I have been in the last thirty years. But I still look like a cyclist and not a body builder!

"Not wishing to throw money at this attempt, and recognising it was far more important to train my body, I kept the bike budget to less than £300 from second hand parts off eBay. Fortunately I was able to borrow a set of stunning white carbon disc wheels from one of the coaches at Newport. These and the pursuit bars are way more important than any other aspect of the bike." 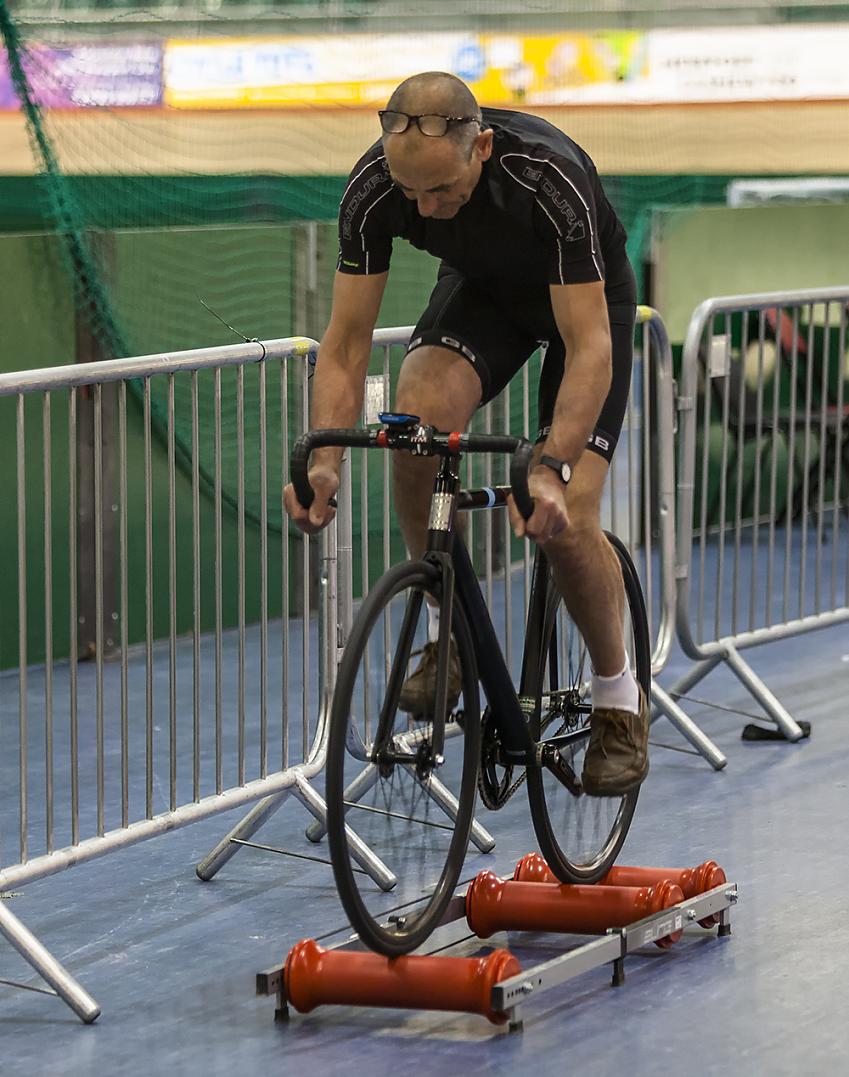 Warming up at the track

With the right equipment, years of training behind him and a van-load of cycling friends cheering him on, all that’s left is for Robin to get out on the track on November 20 at 2.30pm and go for it. If he beats the distance, he’ll have the national record – certifying a world record is a much lengthier, more expensive process, but Robin at least will know in his heart he’s claimed it.

“I’m not motivated by personal glory,” reflects Robin. “It’s just nice to know what I am capable of. Most of it is about understanding what is possible at a certain age. It’s about taking responsibility for our own health and fitness, and not crippling a health service with things that are easy to put right.

“At the end of the day I’m 65 and sometimes there’s nothing you can do. I’ve had cataracts in both eyes, niggling knees from my time as a marathon runner, and shortening tendons in my hands, meaning I can’t put them flat on the floor. But I don’t look at the negatives – my hands are curling nicely round the handlebars!” 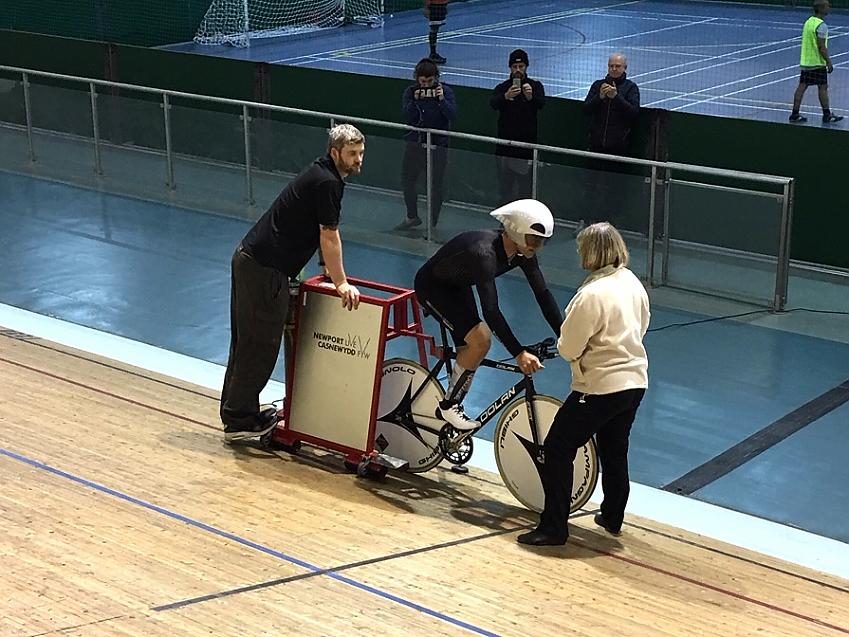 Robin in the starting gate for his record attempt

UPDATE: Sadly Robin did not break the record on 20 November. He told us: "I know I shouldn't feel satisfied with anything less than the record - but I do. Though I failed to reach the 44.272km I needed to break the record I did manage over 42km and held the time trial position the entire time - which is a feat in itself. My legs and lungs were fine but my hamstrings and glutes were hurting beyond belief. I was in agony and couldn't find anything extra at the end because of it.

"Though we failed (I say we as there was no way I could have done it on my own) I think we should be pleased with the result. Beyond 20 minutes was an unknown and to survive the time at a fairly steady pace was brilliant. My time keepers in charge of the schedule were in control of my pace and had the freedom to 'lie' on occasions in the information that was passed to me. They might indicate I was down, for instance, just so that I would sharpen up and get back on pace - or the other way round showing me 'up' arrows when I was down to keep my flagging spirits up! I was their puppet - and they looked after me well! Doing the maths I was only just under three minutes off the record.

"Still, I apparently looked good and strong and I rode fairly consistent lap times, and for those who were present I put on a good show - I was shocked by how much they were genuinely impressed by my performance. That is reward enough. There were lots of positives to take from this so, given the compromised nature of our preparation, I think we acquitted ourselves well. The velodrome staff said that we had broken the record for the number of supporters at a VTTA record attempt!"