There are only 13 years left to claim lost Rights of Way for cyclists
By colinpalmer
Friday, 12 April 2013

Rights of way (ROW) in England & Wales could offer so much more for cyclists and others - but official records don't do it justice. 'Rights of Way: Restoring the Record' reveals how to use evidence to prove or disprove the existence of ROW. Reviewed by Colin Palmer, CTC's Off-road Adviser.

Although we already have some 32,000 km of bridleways and byways in England & Wales available for recreational or utility cycling, the network is, in reality, much, much larger.

However, unless we do something about it, off-road cyclists could lose out on the chance to convert all these fragments into a coherent network of useable circular rides.

The problem is that the wider network of legal cycle routes is either unrecorded, or under-recorded as a footpath, denying their use on the saddle.

This situation reflects the tensions and conflicts of interest that influenced the recording of Rights of Way in the 1950s, although subsequent legislation has enabled some of these inaccuracies to be corrected.

However, these corrections come up against powerful opposition from landowners keen to prevent people from accessing the countryside over their land. The process of legalising this wider network has, therefore, been desperately slow.

What's more, in 2000, the Government was persuaded by landowning organisations to put a time limit on the correction process. As a result, any unrecorded cycle route will simply cease to exist in 2026.

Initially, the Government committed itself to fund the necessary work for recording the network correctly, but after three years and £millions spent, it abandoned the project as too difficult, suggesting instead that the task would be better undertaken by volunteers. 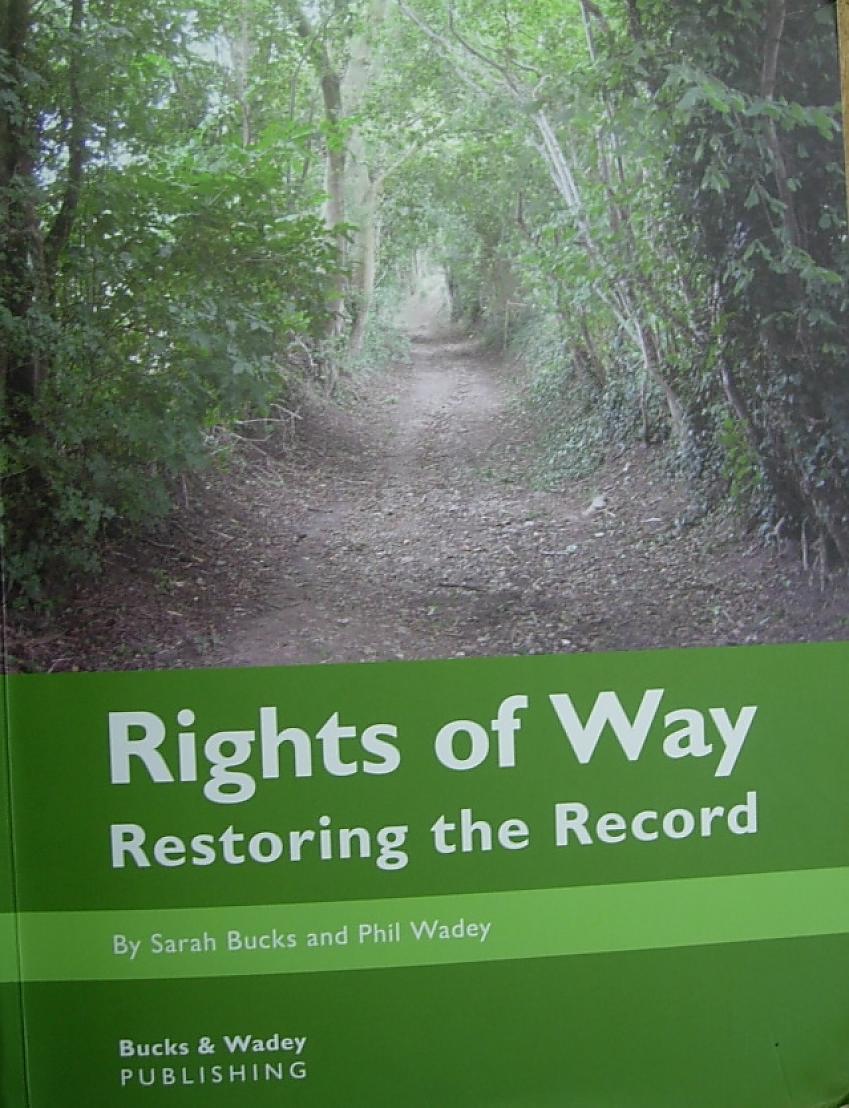 So it’s up to us - and half of the 25-year allowance to 2026 has already gone! This is why this recently published book by two British Horse Society activists, Sarah Bucks and Phil Wadey, is so important.

There is little doubt, that Rights of Way legislation is labyrinthine, but the 300+ pages in 'Rights of Way, Restoring the Record' provide a comprehensive conduit to navigate through the process of researching and submitting byway and bridleway claims.

As with any complex subject, ease of use depends heavily on a book's layout and structure. Much thought, though, has been devoted to getting it right in this guide, by providing a logical route to follow with real examples of documents and papers used in previous successful claims.

After starting with some basics, the book suggests ways of organising your research. This is followed by sections explaining how evidence can be found in archive offices and elsewhere, all liberally assisted by examples. The authors then offer comprehensive advice on how the Modification Order should be submitted.

In all, an excellent book, and much recommended.

If you have the motivation, and the time to secure cycle routes near you for posterity, this publication will be an invaluable aid.

Available from Waterstones and elsewhere, at around £30.00.