To celebrate the start of this year’s Big Bike Revival, Cycling UK’s initiative to get the nation back on their bikes, two celebration events have been held in Birmingham and Stockport to thank our partners who help make it all possible.

Through the Big Bike Revival, hundreds of free events are taking place throughout England and Scotland until 28 July, providing bike check-ups, maintenance workshops, learn to ride sessions and led rides.

The idea is to reach the 42 per cent of people believed to own a bike but never use it, often citing a lack of confidence or the skills to properly maintain a bike.

It’s the fourth year the project has run, and this year we’ve set ourselves an ambitious target of getting at least 25,000 people back in the saddle.

Our first ‘knees-up’ event was held in Balsall Heath in Birmingham, where the local community cycle club was coincidentally celebrating the anniversary of its first ride.

And of course, what better excuse for a cake? 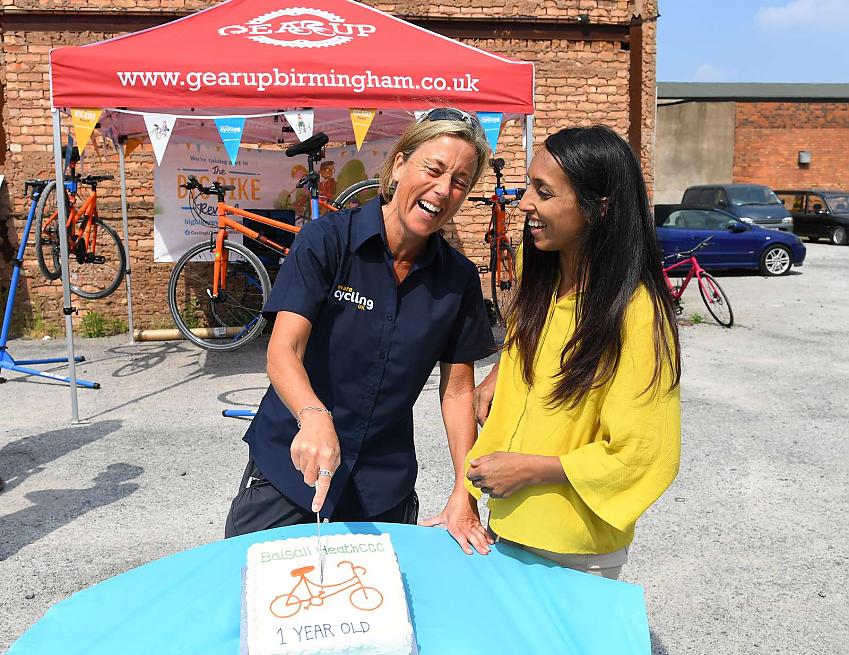 No excuse needed for a birthday cake!

The club started with sixty members but in 12 months has grown rapidly and now has around 125 members.

The day was attended by volunteers and groups from Birmingham and the wider West Midlands area, and everyone was given lessons on bike maintenance by Gear-Up social enterprise before the birthday cake cutting ceremony. 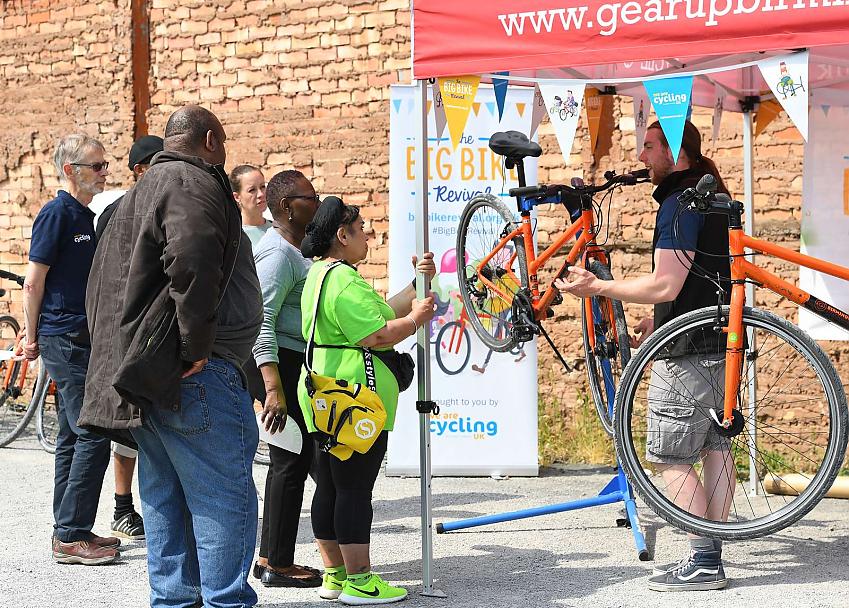 Bike maintenance tips were on offer

‘We  were there to give back a huge thanks to the extraordinary amount of time the volunteers in the area commit to inspire more people to cycle under the Big Bike Revival banner.

Susan added: "We were humbled to be part of a birthday celebration as well, and share their delicious cake. Well done and thank you to all who made the day wonderfully memorable."

Later in the week, we moved our celebrations to Stockport and the CeraCycloan centre, an amazing Cycling UK affiliated centre offering bike servicing, recycled bike sales and bike parts.

They also work with young people with barriers to progressing into further education, employment or training by providing mentors and teaching them bike mechanic skills. 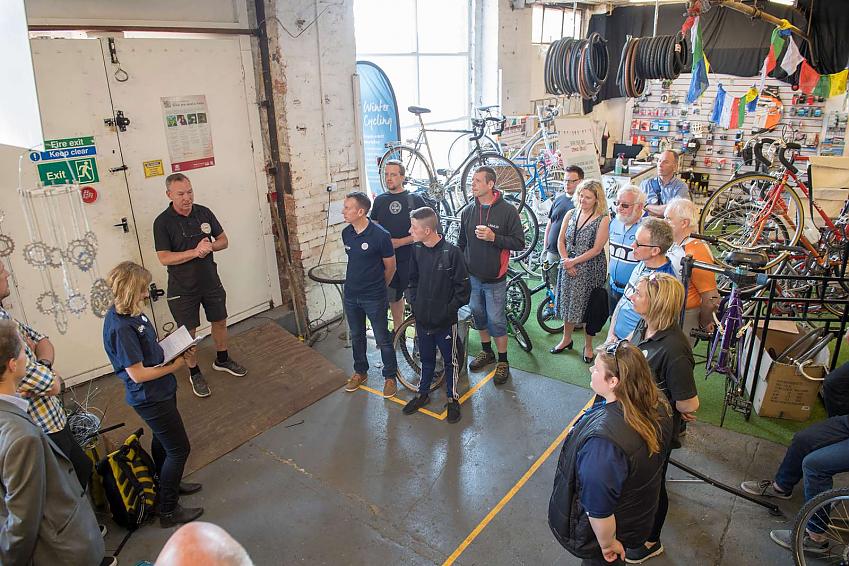 Among those meeting the volunteers and funders was Alan, who’d overcome issues with his confidence and anxiety after joining the centre.

I like coming because it relaxes my anxiety and controls my stress level. I like working with my hands and I learn new things every day. 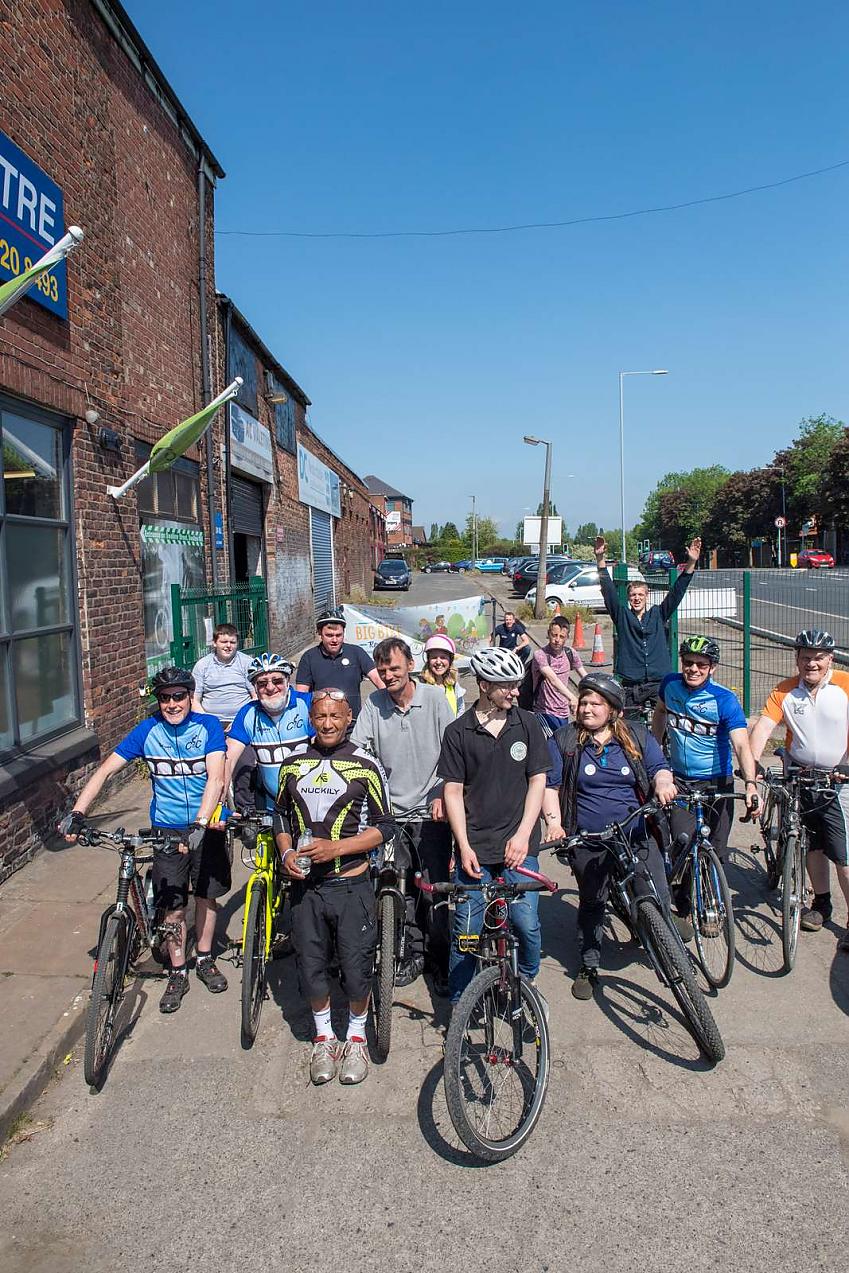 Big Bike Revival events will be taking place right through June and July. For details on finding an event near you, check out our events listings on the website - www.cyclinguk.org/bigbikerevival/events