Age no barrier for Mary, a new cyclist at 72

Age no barrier for Mary, a new cyclist at 72

Mary Douglas had never ridden a bike in her life. Overcoming nerves from a previous accident, she was pedalling in just a few weeks thanks to support from Cycling UK’s Edinburgh All-Ability Bike Centre

“I just felt great that at my age that I was able to do this,” says Mary Douglas of her first pedal strokes. “I thought it was fantastic!”

Rewind a few weeks and just turning up at the Edinburgh All-ability Bike Centre (ABC) took a significant dose of courage and determination for the 72-year-old. She had tried to cycle on her own some nine months earlier, but a nasty fall left her badly bruised and very nervous.

Yet the desire to be able to go on a ride with her husband and family – all of whom are keen cyclists – encouraged her to go for it. 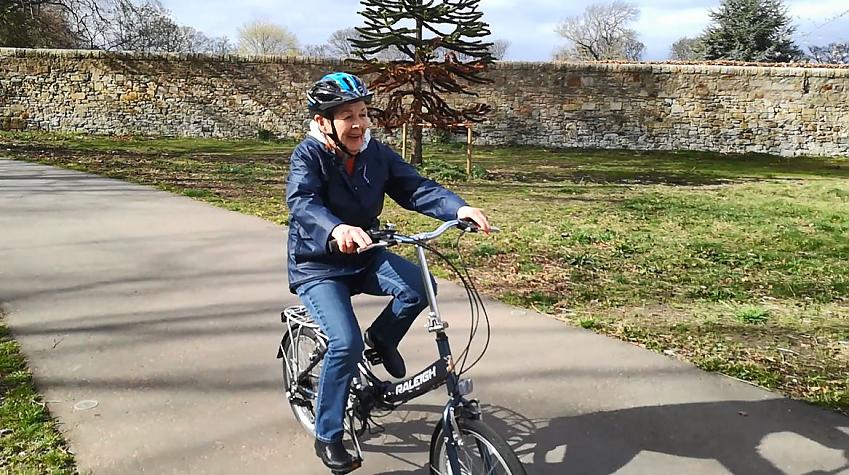 “I didn’t really want to get on the bike again,” Mary explains. “I knew I was going to have to get someone to teach me properly.” Luckily Mary found that person in the shape of David Glover, Cycling UK’s senior development officer at the ABC.

Having spoken to Mary, David was confident he could help her to get pedalling before Easter – a few short weeks away.

“I said that I simply want to learn to cycle, because I’ve never had a bike and I’ve never cycled before,” says Mary.

“And he said, ‘Right we’ll get you doing that.’ I didn’t believe that he’d get me cycling in such a short time!”

I just felt great that at my age that I was able to do this. I thought it was fantastic

Mary started off by practicing her balance on a bike with no pedals – effectively an adult balance bike. She learned quickly, as David explains: “As she gained confidence with the balance and control of the bike, it was obvious she would be able to pedal with only a few short lessons.”

Mary was soon gliding along the paths of Edinburgh’s Saughton Park with one foot on a pedal. Then came the big moment: cycling for the first time in 72 years. 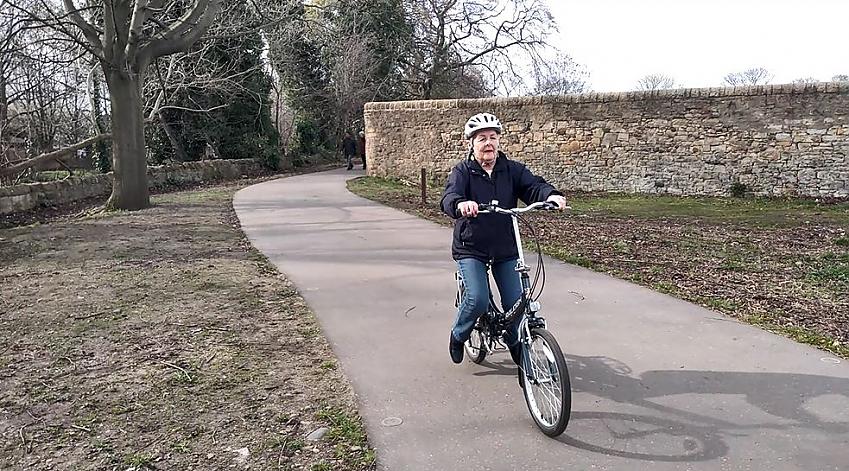 Mary gliding on a bike with pedals removed

“I couldn’t believe it, it felt great! Pedalling uphill was brilliant. I never thought I’d be able to do it,” she says.

Now Mary has her sights set on finally going out on a ride near her home in Penicuik, Midlothian. Having started to increase the distance that she can pedal, she’s determined to keep attending the ABC and building her confidence towards a ride with her supportive family.

“They think this is great that I can do it,” says Mary. “They’ve been really encouraging.” 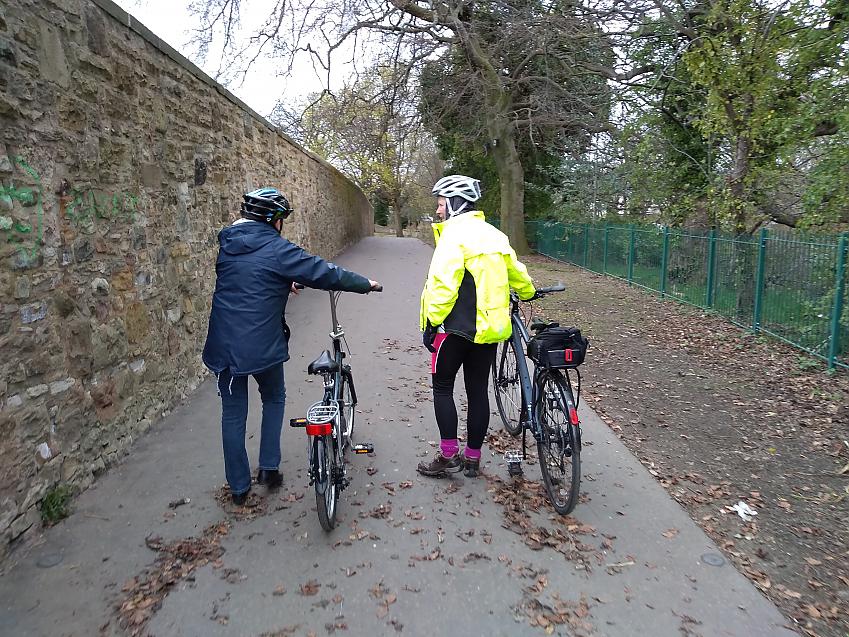 Mary off for a ride with ABC volunteer Clare

The Edinburgh ABC offers people the chance to get cycling, whatever their ability or background.

The participants who enjoy using the centre’s wide range of adaptive bikes include people with physical or learning disabilities, older riders, those with dementia or Parkinson’s, people with visual impairments and many others.

Mary is full of praises for the ABC staff and volunteers: “They’re a really happy crowd. No one needs to ever feel the slightest bit shy, because everybody speaks to you. They’re a super crowd.”

The pleasure wasn’t just Mary’s, as David explains: “The smile on Mary’s face and exclamations of delight as she started pedalling independently were fantastic! Mary is proof positive that there is no age limit on learning to ride a bicycle.”

And Mary’s advice to anyone who think’s they’re too old to learn to cycle? “Absolutely go for it!”

Email david.glover[at]cyclinguk.org for more information about attending a session at Edinburgh ABC or keep up to date on Facebook and Twitter. Sessions are free.