This is a roughly figure of eight route (actually it’s more like a badly melted snowman) that allows you create a shorter option. A total ascent of just over 110m and high point of 16m means it can be as easy as you want to make it.

With miniature railways, reed beds, blissfully idyllic villages, a craft centre and the radar museum at Neatishead all on route, there’s plenty to take your time over. There’s also the option to cross the River Bure at Horning and join our Ranworth Broad route if you’re lucky enough to find the foot ferry running. This route is entirely on road, so any bike will be enjoyable.

Have a look at the other routes: Norwich railway ramble and Ranworth and Malthouse Broads. 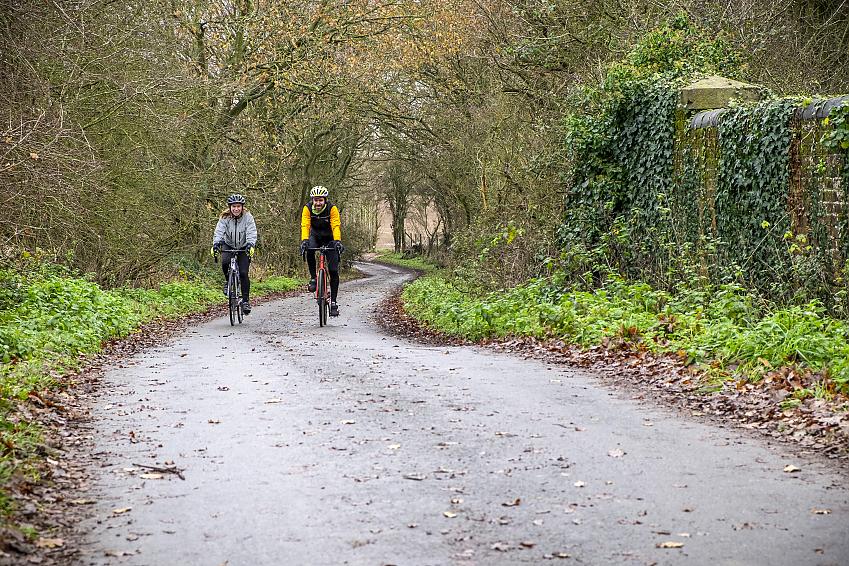 You start by hoving out of Hoveton alongside the narrow-gauge tracks of the Bure Valley Railway - you might have steaming, whistling and waving company if you time your departure right.

You’re turning at the first road crossing though, taking a narrow back lane to a gated level crossing over the ‘real’ railway and then onto the crossroads where the Wroxham Barns Craft Centre sits.

Cider tasted and alpacas petted you head straight on, carefully crossing the main Cromer road through a small wood towards Butchers Common that seems to act as a time travel gate.

While you might see a car or a tractor or delivery van on the rest of the road loop, it will almost certainly seem incongruously out of place in a landscape that’s otherwise been mostly untouched for centuries.

Skirting the west end of Neatishead (don’t worry, you’re coming back for a proper tour round this gorgeous little village shortly) your legs might feel a slight strain as you climb towards the dizzying summit of the route at 16m above sea level. The olde worlde charm also gets wrinkled slightly by the razor wire enclosed masts of the military signal station, a remnant from a very different phase of this area’s history which we’ll see more of later.

Whether you decide to detour past the church with its beautiful flint cobble tower, mediaeval wooden litch gate and the beautiful vicarage, or stay on the pure loop around through the hamlet of Pennygate, it’s as sublimely calm and pretty a stroll as you’ll find on a bike.

Curling back around into Barton Turf itself, don’t miss the left-hand detour down to the staithe landing with its moorings, boat house and boat yard opposite ‘The Heater’, a floating triangular island at the head of Barton Broad.

This is the largest of the local Broads and has recently had a thorough clean-up to create a wonderful, wildlife-rich environment where water birds and otters mix with all sorts of craft from stand up paddle boards to sailing dinghies and traditional wherries.

Current users are also following in the wake of naval hero Lord Horatio Nelson, who started his sailing career here well before the battle of Trafalgar,while his elder sister lived at Barton Hall. 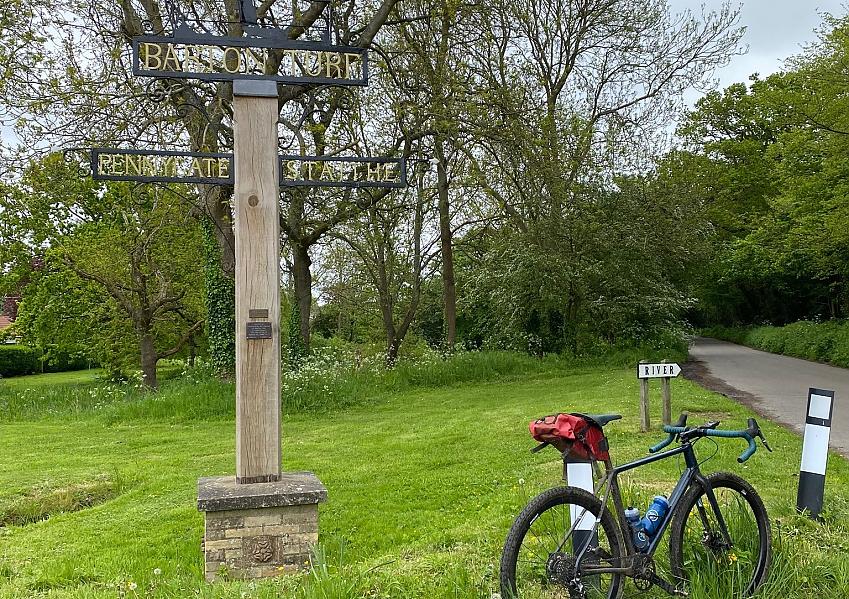 Heading south down the narrow lane (it’s not particularly narrow by Norfolk standards as practically all the lanes here are single track and basically traffic free, but we just thought we hadn’t pointed that out for a while) of Hall Road, you’ll roll along past the luxurious but still mostly traditional homes of ‘Millionaires Row’ on the north side of Neatishead. Then you close the ‘head’ of the route, looping right round along the south side of the village and on towards Irstead.

Yet again the sense of time will seem to stand still as you glide alongside ancient woods with glimpses of the Broad and its little creeks, past gatehouses for hidden manors and into the hamlet of Irstead with its scattered thatched cottages.

Its forgotten nature explains why the church is essentially unchanged since the 15th century and still has many mediaeval wall paintings and carvings, making it a must-visit on the roll down to the moorings where the River Ant winds south from Barton Broad. 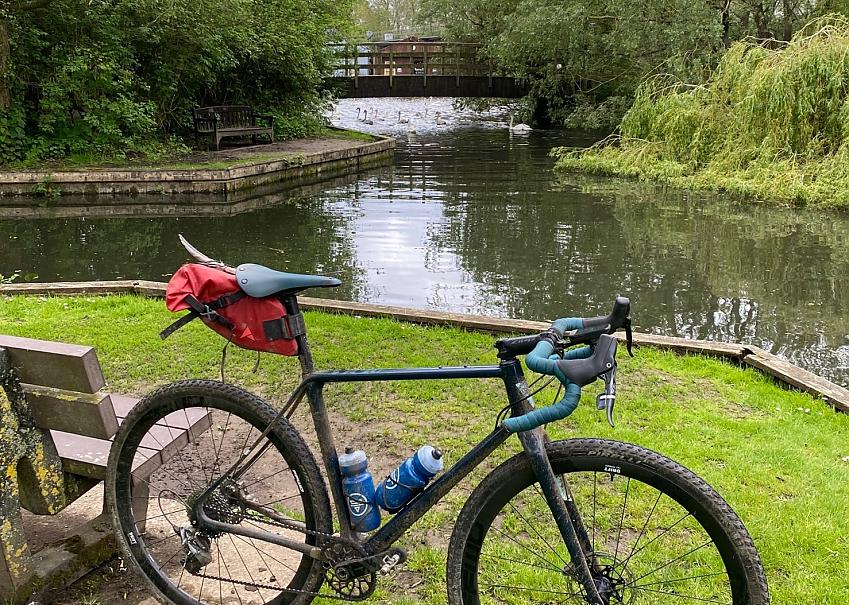 Retracing your tyre tracks back from the moorings, the route then parallels the river with views across the fenland marshes to the drainage windmills, before swinging under Alderfen Broad - a Norfolk Wildlife Trust Site of Special Scientific Interest - and heading west back towards Hoveton.

Set up secretly in 1941, Neatishead used mobile radar arrays to direct RAF fighters against German aircraft attacking the east coast. It gave British pilots a crucial advantage, and the site soon received the latest fixed radar systems and a reinforced control room dubbed the ‘Happidrome’ from where aircraft operations were controlled over a huge area.

By the 1950s, Neatishead was the control centre for all Cold War air defence over the south of England, as well as trialling and developing new early warning equipment, and the ‘Happidrome’ was replaced by a nuclear bomb-proof underground bunker.

The site stayed operational until 1991 and the award-winning museum tells the whole fascinating story, along with unique exhibits from Neatishead. The famous nearby fighter airfield of RAF Coltishall is brought to life by the volunteer staff, many of whom served at Neatishead. 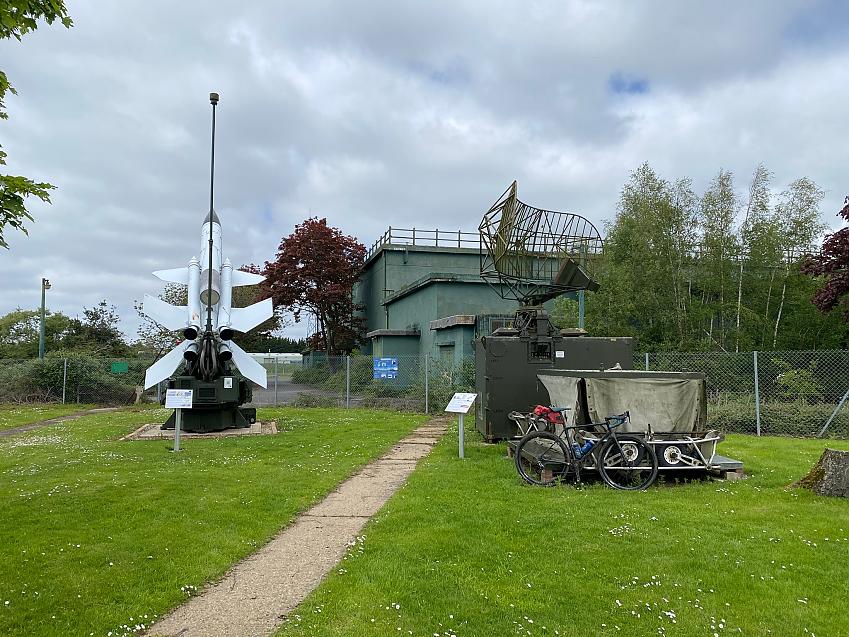 From the radar museum, your flight controller can vector you in several directions. South will take you to Horning, where you can hopefully take the small ferry over the River Bure to Ranworth and join our Ranworth Broad route (check holiday operating times on the Horning Ferry Facebook page).

If you’re in a hurry then you can use the ‘Three Rivers Way’ cycle path that runs alongside the A1062. However, while the path itself is separated from the roadway it’s still quite noisy and not for nervous riders.

That’s why our route takes you north through the woods of the ‘Bewilderwood’ tree themed fun park, across the Cromer Road and then along the boundary of local arts event centre Hoveton Hall onto the Marriott’s Way railway path back into Hoveton.