Where's Wally's bike? Being fixed thanks to the Big Bike Revival

Where's Wally's bike? Being fixed thanks to the Big Bike Revival

A Dad on a mission to snap up the perfect bike for his four-year-old son unfortunately found the only place his second-hand purchase was heading fast was the rubbish tip, until a trip to a Cycling UK-funded Dr Bike session was able to put things right.

Wally Downes from Twickenham in South West London had been searching high and low for a bike for his young son - also called Wally - when after several fruitless attempts he thought he had struck gold.

Wally, 34 explained: “My little boy had seen a bicycle somewhere that looked like a moto-cross bike, because he likes anything that looks fast. I couldn’t find one anywhere, all the bike shops were out of stock and I tried lots of places to find this particular one he wanted. I found one advertised and paid £30 for it because I had been trying so hard to get something for my son."

With hindsight, Wally's investment was not a shrewd one. "I probably didn’t look at it as closely as I should. When I got home I looked it over properly and one of the wheels was completely seized up and wouldn’t move. It wasn’t rideable and I was wondering what to do. Luckily, I found out about a Dr Bike session happening nearby and took it along to get it back into a state where it could be ridden.”

It was just the mechanic and his daughter there and you could tell it was a real family business. Despite being so busy, they were very personable and really helpful in coming up with a solution

Wally arranged to take his purchase along to the Dr Bike session being held by Boneshaker Bikes. “When I turned up, they were really apologetic and said they had so many jobs that day that they wouldn’t be able to fit it in, but that if I came back the next day, it would be the first job they would do. It looked like they had been inundated, it looked like he really should have been turning lots of other people away to be honest, but I don’t think they had because they didn’t want to disappoint anyone,” Wally said.

“It was just the mechanic and his daughter there and you could tell it was a real family business. Despite being so busy, they were very personable and really helpful in coming up with a solution.

“I came back the following day and Chris got straight to work. He must have used a whole tin of lubricant but he got the wheel running again and checked over the brakes so it was as good as new and ready to give to my son.

“This was his second bike, as he learnt to ride during lockdown. He absolutely loved it. I have had to get him another bike now he was enjoying it that much.

“I used to cycle as part of my commute into central London, but since we’ve moved further out I don’t ride as much, apart from going for leisure rides with my son. 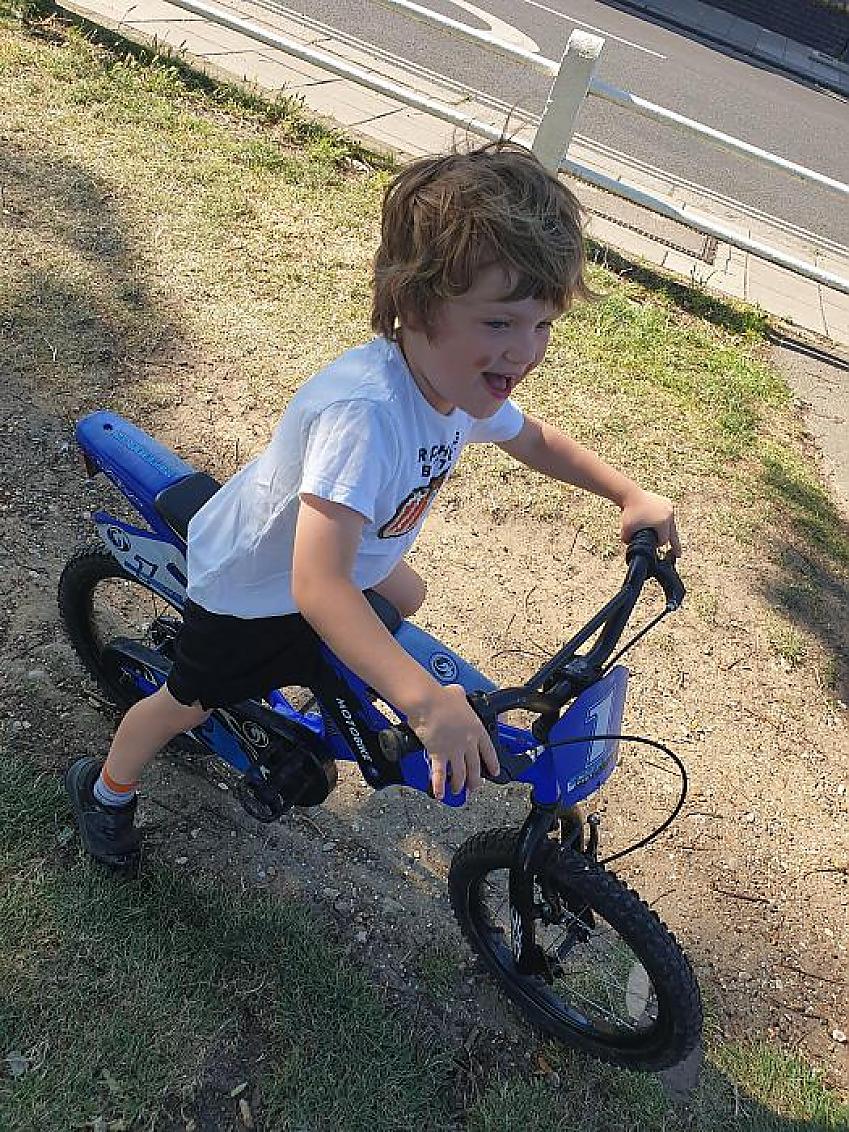 "Cycling is a great hobby to enjoy with children and is the best transport option for London. We have already ridden four miles to visit his Auntie and cousin, which is good going for one so young. It’s a nice quiet ride, part of which is through the local park.

"Next, we want to ride even further, when it is allowed again. My mother lives nine miles away and I’d like to cycle over with little Wally to visit her, going from Twickenham to Shepherds Bush.”

Wally works as a boxing reporter for a national newspaper and comes from a sporting family. His father - also named Wally - was a former professional footballer for Wimbledon in the 1980s.

Avoid being caught out like Wally. If you are thinking of buying a second-hand bike, read our tips on how to save yourself money and shop clever for a second-hand bike and check out Cycle's article on what to consider before buying a children's bike.