Can bikes change lives? Our groundbreaking WheelNess project proves that yes, they can. Participants were keen to tell us how their mental and physical health have both improved since we supported them to start cycling.

In 2018 we set out to discover what would happen if we helped people in the Inverness area to cycle for everyday journeys by providing free access to a bike and personal support from two Cycling UK project officers.

Two years on and we’ve helped more than 200 people to discover or rediscover the benefits of cycling which go beyond being a low cost and sustainable transport option.

Some of them sacrificed some valuable cycling time to tell us just how taking part in the project has affected them. 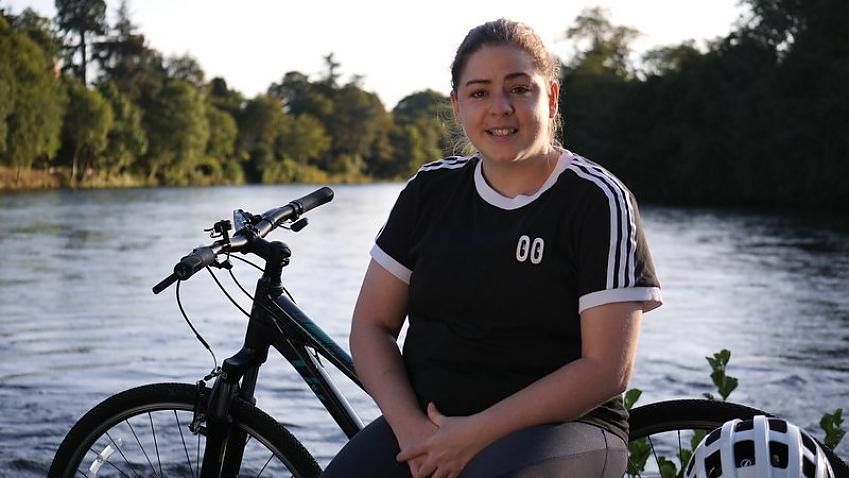 Amanda and her bike: "We've been inseparable"

Amanda, 30, found that cycling helped her to cope with personal loss and grief.

“They gifted me this lovely bike in January and we’ve been inseparable ever since. I went through a traumatic bereavement in 2017. It was a really difficult time, it still is.”

Having never owned a bike before, Amanda soon found that cycling could have a real positive impact on her mental health at the time she needed it most. She said:

“I knew getting out and about would help with my own mental health which had been suffering quite a lot. It doesn’t matter what mood I’m in at the start, I always feel better when I come off the bike. It’s so simple but it really is fantastic.” 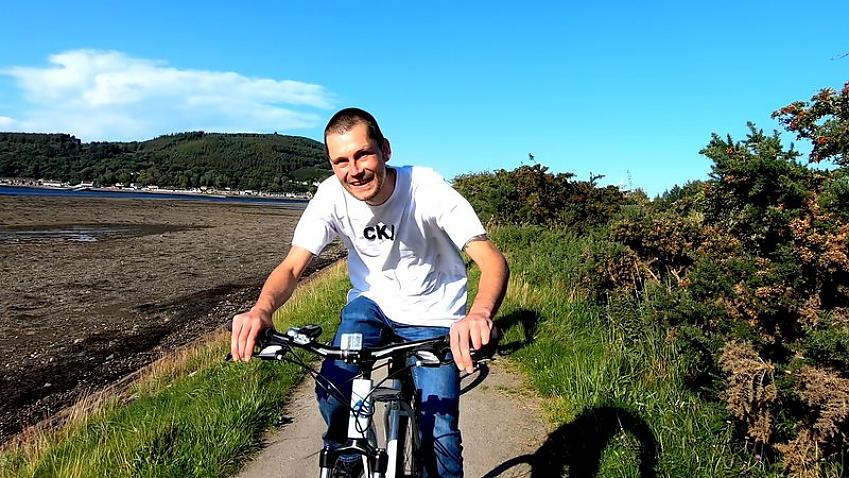 Gavin enjoying the scenery on his mountain bike

The mental health benefits of cycling were also felt by Gavin, 38, whose form of two wheeled therapy helped him in his journey of recovery from drug addiction. With a loaned mountain bike he now has the ability to get out for rides in beautiful areas nearby that would have been inaccessible to him before.

I enjoy it very much on days I have the motivation to get out and use it. It’s therapy in its own right.

Gavin, who has support and a bike from WheelNess

“I enjoy it very much on days I have the motivation to get out and use it. It’s therapy in its own right.”

The bike has been useful on a practical level too, helping Gavin get to meetings with support workers and mental health nurses as part of his recovery, where before he would have to walk or use public transport. 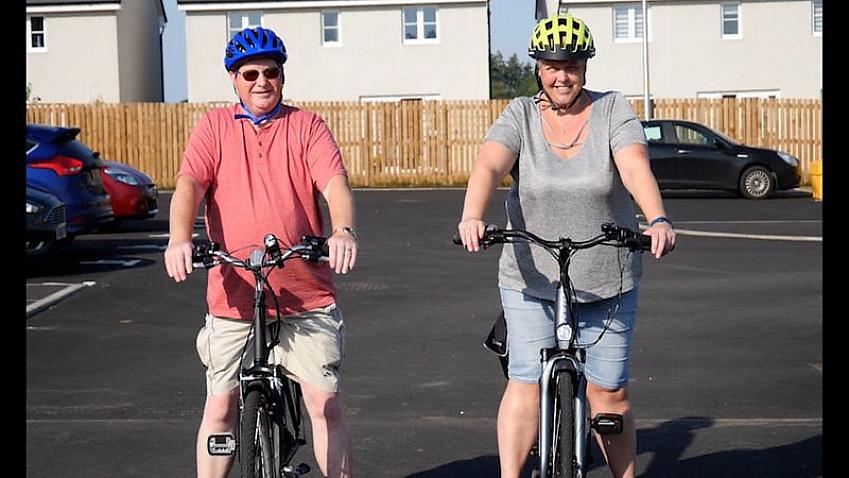 Brian and Angela with their e-bikes: "You can't help but smile once you've been on the bike"

The power of cycling to bring family members together was demonstrated by father and daughter Brian and Angela, who both took part in the project.

Angela, 49, has ME and fibromyalgia which affects her whole body and causes her to feel extreme fatigue. Lacking the energy required to ride a regular bike, she had been interested in the idea of trying an e-bike. However, the expense involved put that out of reach. Once the project provided her with an e-bike she was able to cycle again for the first time in years.

“I’m so delighted that I can go out and actually do something that makes me feel better about myself. And once you’ve been out on it you strive to go out again.”

Angela’s enjoyment of riding the e-bike was so infectious that it wasn’t long before her father Brian decided to give it a try as well.

Brian, 70, has cervical myelitis, which affects his balance and strength and means that riding a regular bike is out of the question. He had given up on the idea of cycling as something he would ever be able to do again.

“It was when Angela got her bike and egged me on to try it that I realised the e-bike made such a difference and I was able to get going again.”

Riding together became the obvious next step once Brian had access to an e-bike of his own.

He said:“Being able to get back out together again which we haven’t been able to do for years and years. It’s just freedom, isn’t it?”

The pleasure of being able to ride with his daughter again wasn’t the only benefit for Brian, as he explained:

Polly clocks up 1,000 lockdown kilometres thanks to WheelNess View