Sam with his bike

With data showing that Birmingham is one of the UK's cycle theft capitals, we speak to one student whose bike was stolen in his first week at university and look at how students can make their bikes as secure as possible

Student life can be tough, with the disruption caused by the coronavirus crisis adding to the constant financial pressure that many students have to live with. To make matters worse, bike thieves are now targeting students, as new figures from Cycling UK reveal the extent of cycle theft in England’s biggest university towns and cities.

Using data from its insurance partner Yellow Jersey, the UK’s cycling charity looked at reported cycle theft figures across the 10 locations with the highest student populations in England. Unsurprisingly, given its status as a cycling city, Cambridge was the number-one location for cycle theft, with 1,747 instances between April 2020 and March 2021. 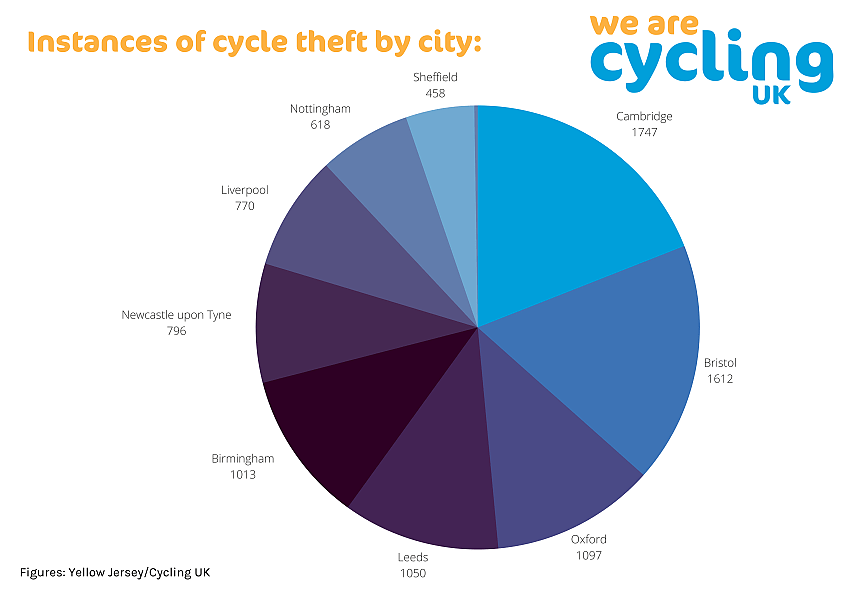 Bristol, Oxford and Leeds followed, with Birmingham in fifth place with 1,013 thefts recorded in the same period. Looking at the types of locations where thieves were the most active, the data shows that most thefts took place from “parking area” but “further/higher education building” was close behind, beating “supermarket” into third place.

One student who knows only too well the impact of cycle theft is Sam Thompson, 18, whose bike was stolen recently in his first week of a BSc in Medical Biochemistry at the University of Birmingham. Sam had locked his bike outside the Sport and Fitness Centre late one Sunday afternoon, returning to find it had gone and his cable lock had been cut through.

Cycling is a cheap, healthy and sustainable way for students to travel to and from university, but with thousands of bikes being stolen each year, it’s vital to take precautions. Joining Cycling UK directly supports our campaigning work and includes free third-party liability insurance and legal support, plus discounts on bike insurance with Yellow Jersey

Although he had taken the precaution of registering the bike with West Midlands Police the previous week, receiving a free D-lock at the session, he had not started using the D-lock, finding it harder to transport than a cable lock.

Sam reported the theft to police but his bike was not recovered. Fortunately, he was successful in making an insurance claim but being without a bike was a major inconvenience for him. As well as being the ideal way to get fresh air and exercise when at home with his family, cycling is his main mode of transport at university. The theft turned an 8-minute cycle ride to campus into a 25-minute walk and made it harder for him to complete his everyday journeys to lectures, labs, the library, gym or shops. He had to change his routine to allow for the longer journey time, even adjusting his eating and sleeping pattern as a result.

His experience is not unusual though: 45% of thefts were recorded in the report as having an investigation completed with no suspect identified. A further 51% had no outcome recorded, and less than 1% resulted a suspect being charged or cautioned. 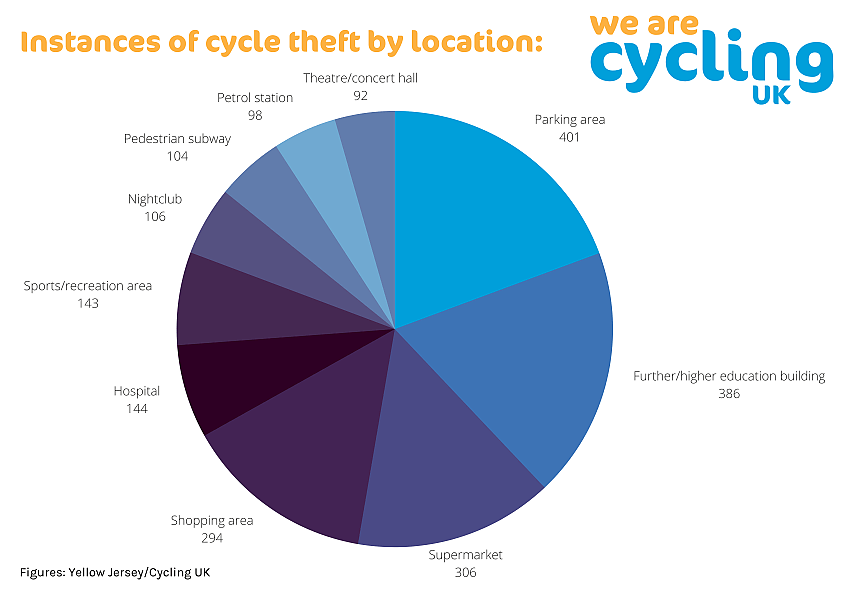 Commenting on the figures, Georgina Cox, Cycling UK’s head of membership, said: “Cycling is a cheap, healthy and sustainable way for students to travel to and from university, but with thousands of bikes being stolen each year, it’s vital to take precautions. Joining Cycling UK directly supports our campaigning work and includes free third-party liability insurance and legal support, plus discounts on bike insurance with Yellow Jersey.”

Membership for students costs £2.54 per month - join before 30 November to receive a free Bike Register security marking kit worth £12.99.

My life as a cycling student in Japan View