When Cycling UK group Coventry CTC realised it would be difficult for some of its members to be able to participate in its AGM, it decided to apply for a grant from Cycling UK in order to provide a way to enable them to fully participate

Group secretary Vicky Palethorpe explains how the application for extra funding came about: “We have at least five riders with hearing challenges in our club; several of whom were on a women’s ride I was part of back in February.

“Sitting with them during a break, I realised when they were signing to each other, how out of the conversation I felt. Then it dawned on me that’s how they probably feel when a number of hearing riders are chatting away.

“The club’s AGM was on my mind and I realised that, if we were to make this an open and interesting event, we needed a signer/interpreter. I asked the women with me that day if they would come to our AGM if we took this step and they were thrilled with the proposal.

“The next step was to take the idea to the committee. There were some reservations at first about the cost: the charge would be £135 and we don’t usually spend that much money on an AGM.

“I pointed out that if we didn’t take action, we would be discriminating against five of our active club members. The group immediately agreed we needed to take this step and funding was agreed. We would bear the cost this year and see how that affected the attendance at the AGM. I agreed to see how we could fund such a service in future years. 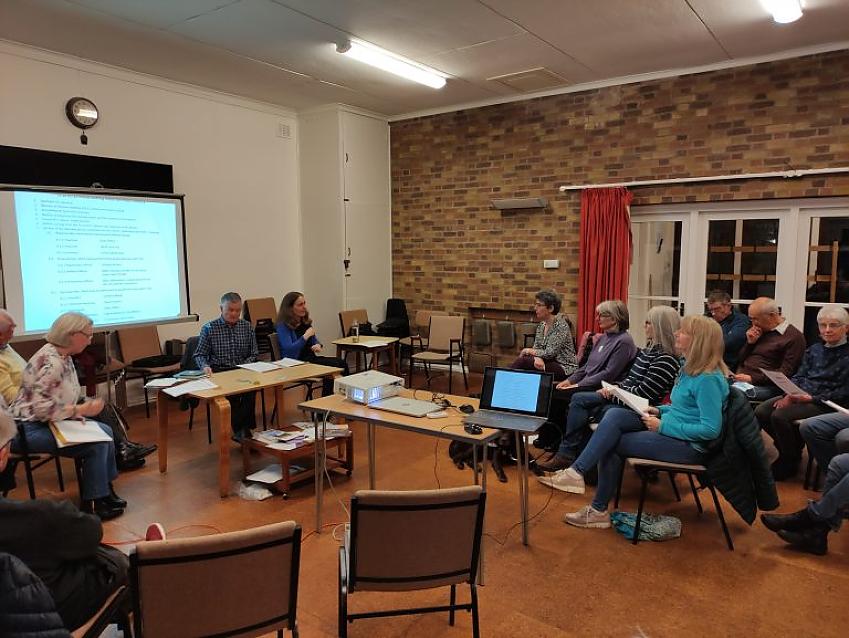 “The AGM was a great success. Five riders with hearing challenges attended and were active throughout the meeting. Many of the other members present were captivated by the signing process, managed by our interpreter Louise, or charmed by ‘hearing dog’ Penny, a chocolate Labrador.

“Afterwards I approached Alex Cuppleditch, head of volunteering and a diversity and inclusion lead at Cycling UK, for advice as to how we might fund future events. She told me there was a fund for this very purpose and that we could submit the expenses for this year’s AGM straight away. This has encouraged me to think about support for other workshops we might hold during our winter club room programme.

"Thanks must also go to one of our ride leaders, Marina Friend, who has been instrumental in welcoming and encouraging our hard-of-hearing riders by providing flexible women only rides and active listening.

“Another of our members with a hearing challenge is Shona Hudson, one of our safeguarding officers. She was also one of Cycling UK’s 100 Women in Cycling in 2019. She has been a great asset in advising us how we can support riders with such challenges.

“As part of the wider picture, some of our ride leaders have learned some basic sign language or the signing alphabet. Our non-hearing riders have been involved on many rides and several on tours this year, and report having had a great time.

“Our ride leaders have also adopted leading styles to ensure that all ride members use hand signals, as we can’t rely on shouts outs, and also to let riders know when their bikes sound out of sorts.”

As for the riders themselves, what do they think of the extra effort that Coventry CTC has put in to make them feel included? The feedback was clear  with many saying they would not have attended as we would not have been able to follow what was happening.

Fellow rider Carol Lee agrees: “I am of an age where I have experienced many negativities regarding Deafness which prevented me from joining or taking part in activities I would have liked to try or contribute to.

“I came to take it for granted that there will always be situations where I don’t really feel welcome – until I started cycling and found the attitude of cycling groups, especially Coventry CTC, very open minded and welcoming. So much so that I’m amazed, humbled and so grateful. I can’t thank these people enough.”

Do you want to grow and diversify your group in some way like Coventry CTC to enable cycling for all? Are you passionate about training and being brilliant? Do you need extra resources to be able to collaborate as one team with Cycling UK and help us to get millions more people cycling?

Take a look at the panel on the right and start finding out how extra funding from Cycling UK can help your group develop and thrive now and in the future in line with our values.

How to apply for additional funding for your group

Additional funding, subject to availability, can be claimed by Cycling UK groups for purposes that support our values and mission to enable millions more people to cycle.