Sara and Carl on their wedding day
By Victoria Heywood
Monday, 12 February 2018

They say the wheels of love never stop turning, and they certainly haven’t for Cycling UK members Sara Hunt and Carl Morecroft, both 50, a pair who first met on a dating site for people into sports in July 2011.

The Welsh cycling singletons both added photographs of themselves with their bikes online. When Carl saw the photo of Sara, he thought, “Here is the mountain bike woman of my dreams.”

Sara says, “Carl looked so delighted to have found someone who was into mountain biking, but after a short conversation, he soon realised that we were into completely different cycling disciplines; I was actually a tourer.

Sara jokes, “He even managed to overlook our cycling differences.”

Since then they’ve not looked back, and in appreciation of the passion that brought them together, they even decided to tie the knot abroad in September 2012 and enjoy a cycling honeymoon.

Sara says, “It was a lovely wedding. We took the bikes with us and were both looking forward to heading out cycling and seeing the beautiful Italian views for our honeymoon.

“It was a lovely day, the weather was great, and then on route I fell off my bike.”

Things went from bad to worse.

“It turned out that I had an unusual injury in my arm. I had to have a cast which meant my elbow was bent to 90 degrees! And Carl looked after me the whole time.”

Despite that shaky start, the pair have now been happily married for five years and go out riding together all the time and with friends. The couple live in the Vale of Glamorgan and are both members of Cycling UK.

Sara says, “Cycling together really brings us close together. It gives us a chance to go outdoors and we spend hours talking as we’re riding. Now we’re both 50, we don’t try to aim for big speeds or distances, but just enjoy getting out and spending time on our bikes and with each other. 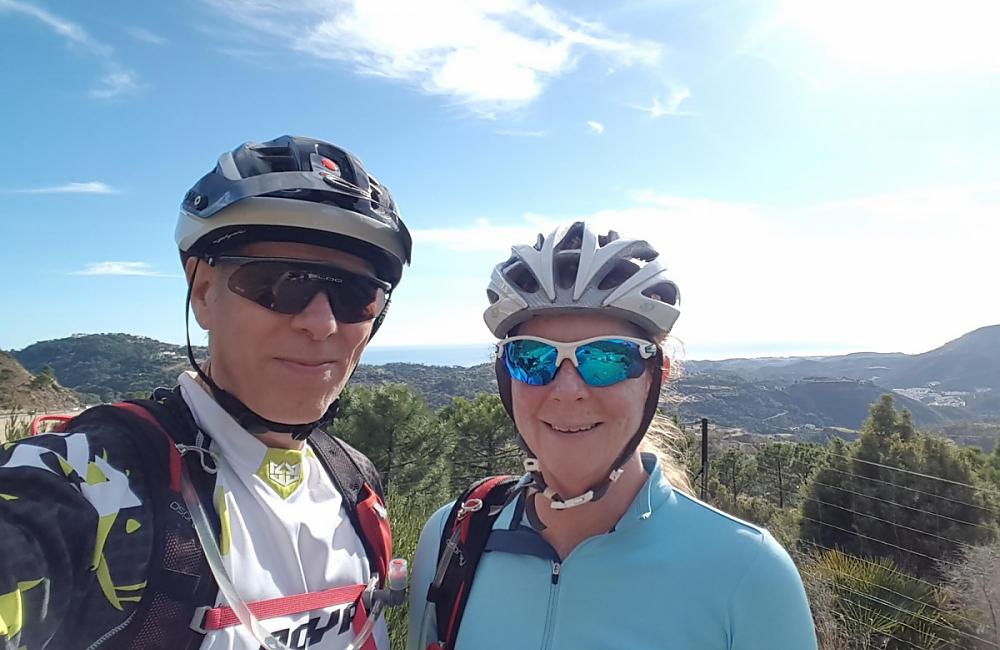 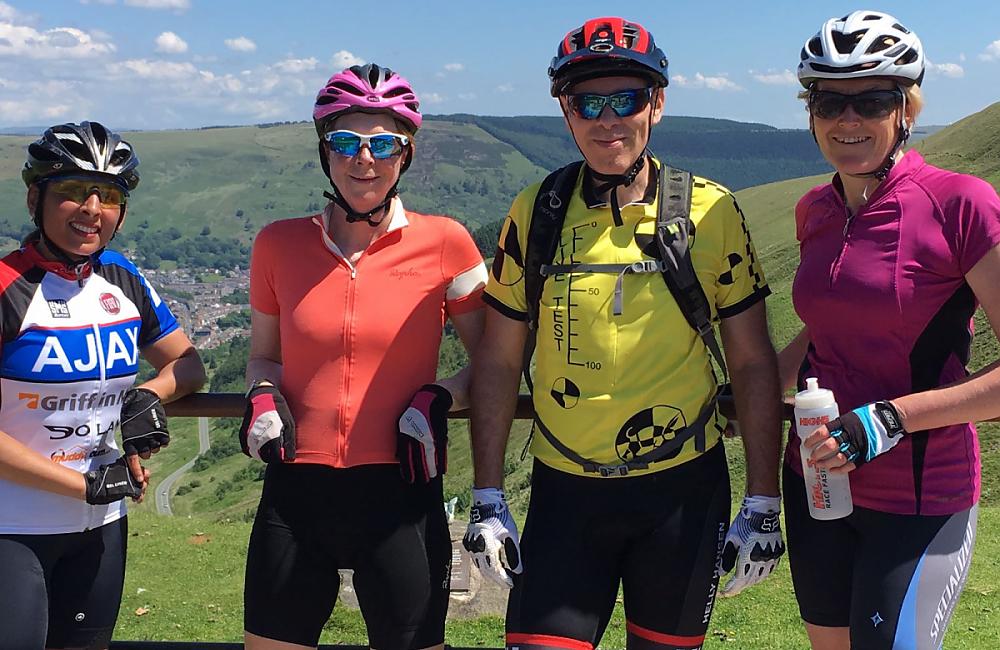 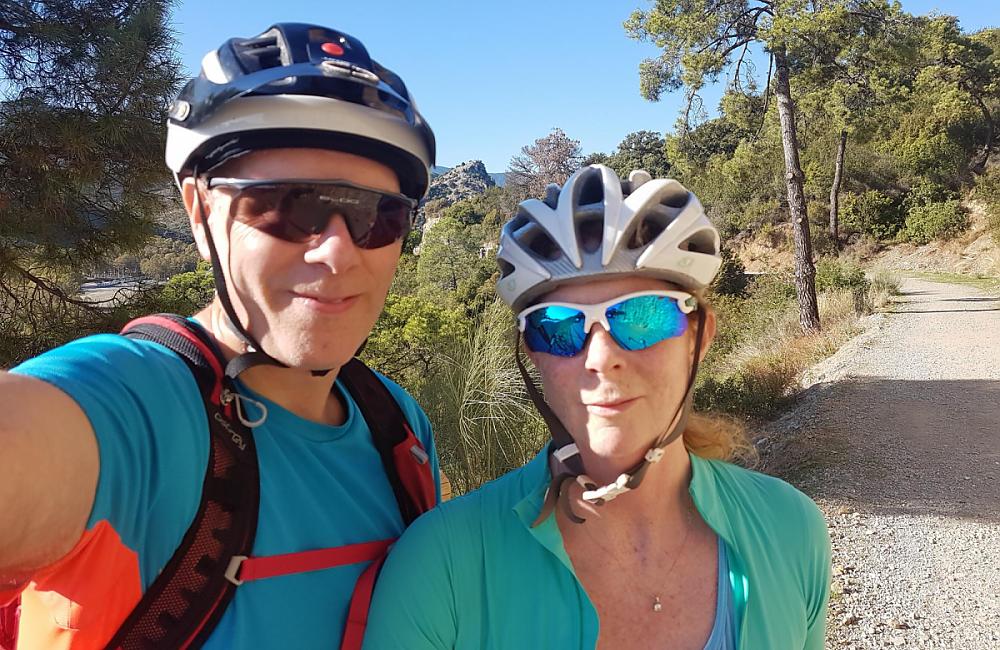 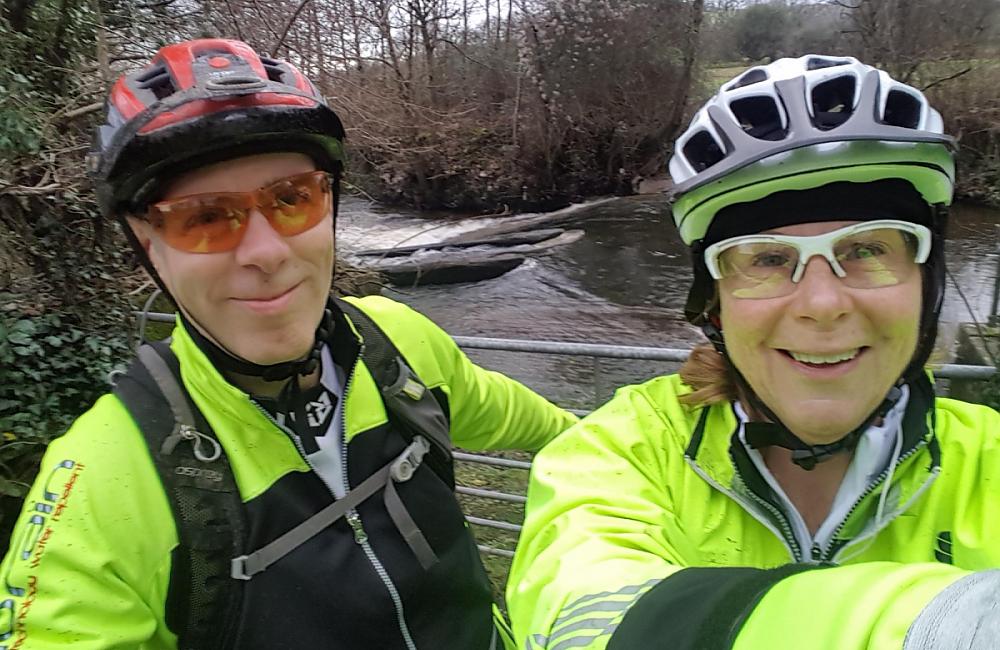 Images can be downloaded from this Dropbox link: https://www.dropbox.com/sh/5fiy8x7vwewzhyz/AACzYlS-YIeyxQtfbapUvWcga?dl=0

A cycling love story: We met in a (cycling) club View
Cycling UK continues to support the UK to cycle
This remains true during this difficult period with the ongoing threat of coronavirus Covid-19
Read our latest advice on cycling
Join Cycling UK to help us change lives and communities through cycling
Membership gives you peace of mind insurance, discounts in cycle shops, rides & routes
Join now