Cycling UK today (Friday 15 July) announces its intention to launch a new long-distance cycling route in Norfolk, which will be ready for the public to ride from October

Be the first to know about the Rebellion Way

Called the Rebellion Way, it is a 228-mile (364 km) route beginning and ending in the city of Norwich. It is designed to be ridden over four to five days in one go, but can be comfortably split in half at King’s Lynn, with easy onward transport options.

The Rebellion Way takes in a varied mix of country lanes, bridleways, byways, cycle paths and quiet ways chosen for their suitability for anyone with a reasonable level of fitness on the vast majority of bikes. The route also takes in parts of the Peddars Way: an ancient long-distance trail that has been in use for thousands of years, as well as the Bure Valley Path, which has recently been improved by Norfolk County Council. 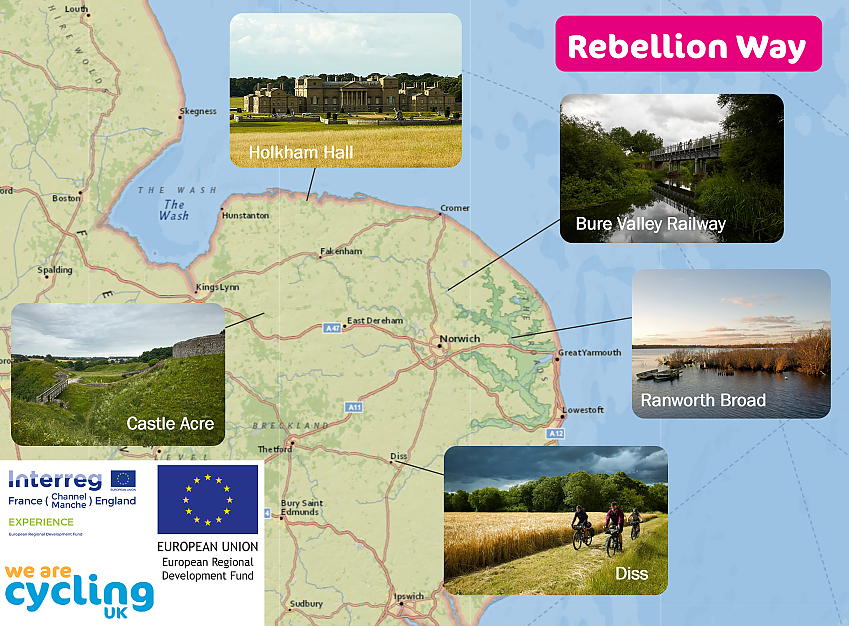 The route takes its name from two of Norfolk’s most fascinating rebellions: those of Boudicca and Robert Kett.

Boudicca has been a famous cultural symbol since she led a revolt against Roman rule almost 2,000 years ago. Heading out of Norwich, the Rebellion Way passes by Venta Icenorum, the capital of Boudicca’s Iceni tribe, where you can see remains of the settlement to this day. The route also takes in sections of the Boudicca Way, where it is accessible by cycle.

On the return leg, the route passes Kett’s Heights, a key location in Kett’s Rebellion. This was a revolt in Norfolk in response to land enclosure.

Beginning in Wymondham in July 1549, rebels began to destroy fences placed by wealthy landowners. The group targeted Robert Kett who, instead of fighting the rebels, joined their cause and offered to lead them. The rebellion grew to number 10,000 who marched on Norwich, later storming and taking the city.

“Norfolk has amazing local history, beautiful countryside and vibrant culture, which makes it the perfect place for visiting cyclists. With the history of Boudicca’s revolt and the message of Kett’s fight for access resonating to this day through Cycling UK’s own work, we can’t think of a better place for our latest long-distance route.” 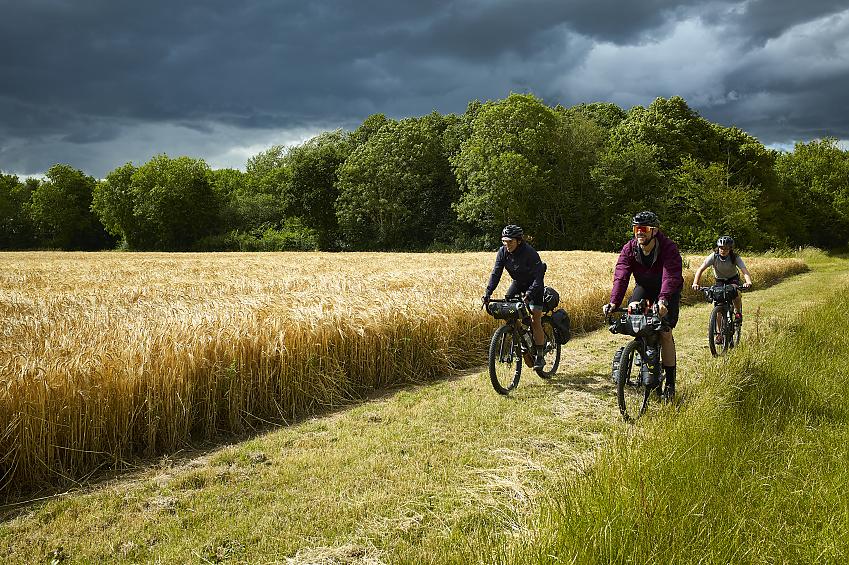 As well as passing through well-known places such as Norwich, King’s Lynn and Sandringham, the route also takes in some local delights including Castle Acre, Little Walsingham and Holkham. Along the way riders will see huge forests, endless coastline and even make a quick visit to the famous Norfolk Broads.

To help create the route, Cycling UK has worked with renowned journalist and route curator Guy Kesteven. His experience of riding in the area has helped create a route that explores some of the best riding Norfolk has to offer, while maintaining accessibility for those new to long-distance cycling routes. Describing the route, Kesteven said:

“It is a wonderful mix of ancient rural roads and even older tracks. Joining the dots of a deep and fascinating history with delightful places to stop and stay every few miles, all laid out under breath-taking big skies full of bird song and less rain than anywhere else in the UK.”

As part of its role in the European Regional Development Fund’s EXPERIENCE project which is operating in Cornwall, Kent and Norfolk as well as three other regions in France, Cycling UK has spent considerable time creating the Rebellion Way. During its development the charity has worked with local stakeholders to ensure the route shows off the best of Norfolk.

Cycle tourism spending in the UK generates £520m per year. There are 1.23 million overnight trips each year, benefiting small businesses in particular, and these contribute £433m to the economy. A survey of riders of King Alfred’s Way, a route starting in Winchester that Cycling UK launched in 2020, showed that on average cyclists spent £83.60 per day on food and accommodation. 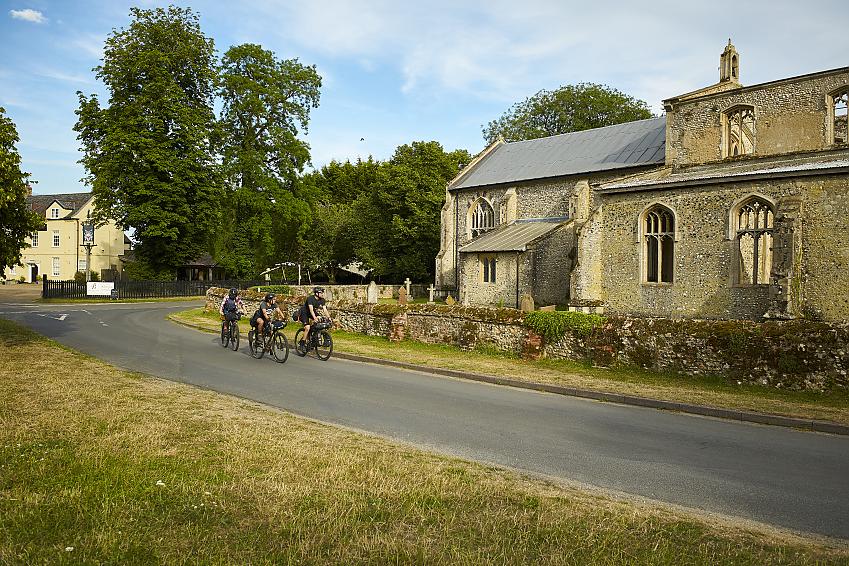 In preparation for the expected increase in cycling, particularly out of season, the charity is already working with the hospitality and accommodation sectors in Norfolk. Cycling UK is providing businesses with free equipment bundles worth up to £400 and advice as part of its Cycle Friendly Places initiative to help encourage cyclists to visit local businesses.

The Rebellion Way is the sixth long-distance cycling route Cycling UK has launched since its riders’ route for the North Downs Way was unveiled in 2018.

In 2019, the charity launched the 800-mile Great North Trail, which starts in the Peak District and finishes at either Cape Wrath or John o’ Groats. This was followed by King Alfred’s Way in 2020, a 220-mile loop route from Winchester that travels through the ancient Saxon kingdom of Wessex. Last year saw the launch of the 150-mile West Kernow Way in Cornwall, while earlier this year Cycling UK unveiled the Cantii Way, a 145-mile loop around the Kent and East Sussex coastline.

Be the first to know about the Rebellion Way

For more information, please contact the national Cycling UK press office. Due to the restrictions caused by the coronavirus outbreak, currently the main press office number (01483 238 315) is not being monitored. If you would like to speak to a member of the press office during working hours (0900-1700) please email publicity@cyclinguk.org. Out of hours, call 07786 320 713

Can’t wait for the Rebellion Way? 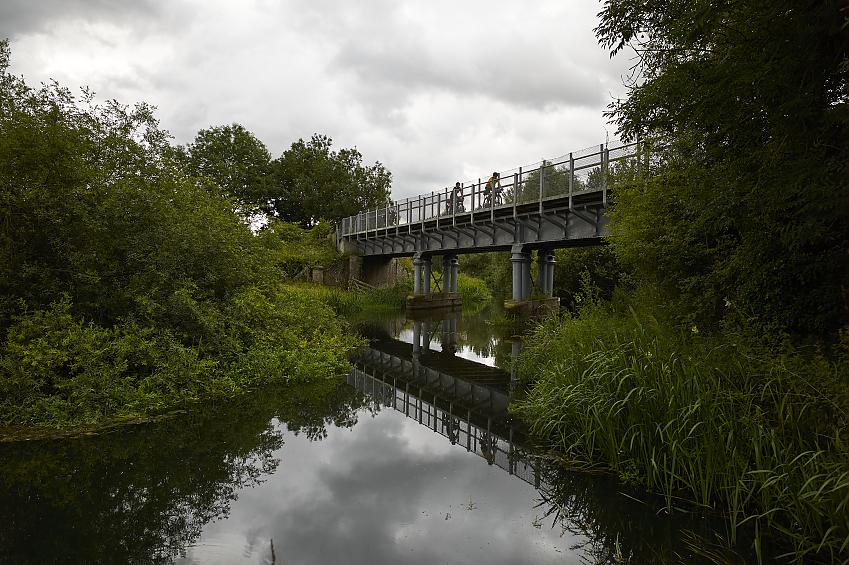 If you can’t wait until the autumn for your cycle touring adventure, why not try one of Cycling UK’s other long distance routes and buy one of our guides?

All proceeds from the guides go back into supporting Cycling UK’s work, which includes the creation of routes like the Rebellion Way.