A close pass with a van

More than half of the British public may be at risk of not following the Highway Code advice for safely passing a cyclist, according to a poll for Cycling UK.

A ComRes survey of 2,039 British adults revealed that 52% weren’t aware that the Highway Code recommendation is to give cyclists at least as much space as you would a car when overtaking.

Eight per cent of respondents wrongly state that Highway Code recommends you should only give cyclists space that is at least the width of their handlebars when overtaking by car. This represents 1 in 10 British adults who could be leaving cyclists with a dangerously low amount of space.

Cycling UK, the national cycling charity, released the data as the Department for Transport announced driving instructors are to be offered bespoke training on cycle safety, and police forces will be provided training materials and support to educate drivers on safely passing cyclists.

The announcement will be made today (Friday, June 29) by the Cycling Minister, Jesse Norman MP, at the Cycle City Active City conference. 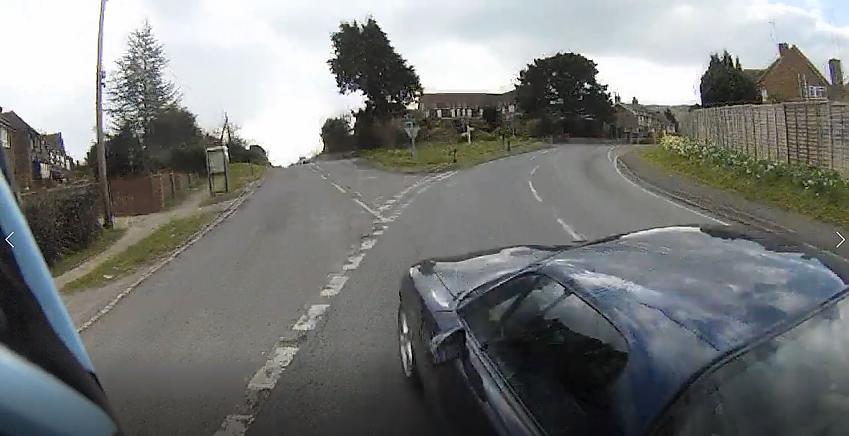 Duncan Dollimore, Head of Campaigns at Cycling UK, “These figures show most close passes come from a position of ignorance rather than malicious intent. Cycling UK has long argued that the driver training and testing processes should ensure that drivers are made aware of and understand both cyclists’ needs and their safety.

“Training the trainers, and embedding cyclists’ safety in the mindset of driving instructors, is a fantastic first step towards achieving this.

“But education and awareness on its own is not enough, which is why close pass operations by police forces have proved so effective in places like the West Midlands.

Cycling UK looks forward to working with the Department for Transport, as we have with willing police forces, to try to make sure this initiative helps lead to close pass policing being the norm, not the exception.

In July 2017, Cycling UK launched its Too Close for Comfort campaign, and has provided to date 38 out of 45 police forces across the UK with close pass mats to conduct public awareness campaigns and road traffic operations.

The close pass mats are modelled on those used in West Midlands Traffic Police’s award-winning road safety operation - ‘Give Space, Be Safe’ - which targeted close passes. 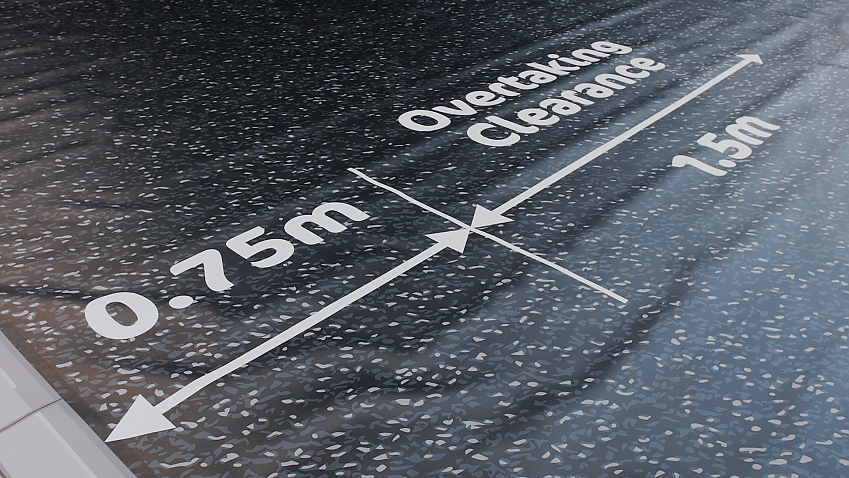 The force sent plain clothes officers out on bikes and pulled over drivers who overtook too closely.

Using a close pass mat, the force then demonstrated to these drivers how to overtake vulnerable road users safely.

It brought about a dramatic change in driving behaviour, with a 50 per cent reduction in reported close pass offences in the first three months.

The force also reported a 20% reduction in casualties among vulnerable road users over the course of a year when national road casualty figures had shown an increase.

1.         Cycling UK, the national cycling charity, inspires and helps people to cycle and keep cycling, whatever kind of cycling they do or would like to do. Over a century’s experience tells us that cycling is more than useful transport; it makes you feel good, gives you a sense of freedom and creates a better environment for everyone. www.cyclinguk.org

2.         ComRes, an independent research company, interviewed 2,039 British adults aged 18+ online between 5th and 6th July 2017. Data were weighted to be representative of all British adult aged 18+ by factors including age, gender, region and social grade. ComRes is a member of the British Polling Council and abides by its rules. Full data can be accessed on the ComRes website or in the document below.

3. According to findings from Dr Rachel Aldred’s Near Miss Project, close passes account for a third of threatening encounters cyclists have with motor vehicles. They present a significant barrier for people new to cycling, or who cycle at a more sedate pace (<8mph). The project found close passes are particularly a problem for women, who on average cycle more slowly than men, and experienced a 50 per cent higher rate of close passes. http://www.nearmiss.bike/wp-content/uploads/2014/12/Nearmissreport-final...

4. Cycling UK’s Too Close For Comfort fundraising campaign raised more than £12,000 in less than 48 hours via the fundraising platform, Kickstarter. 798 cyclists contributed to the campaign which has since delivered 42 close pass mats to 38 forces. https://www.cyclinguk.org/campaign/toocloseforcomfort

Why the Highway Code should be rewritten? View
Cycling UK continues to support the UK to cycle
This remains true during this difficult period with the ongoing threat of coronavirus Covid-19
Read our latest advice on cycling
Join Cycling UK to help us change lives and communities through cycling
Membership gives you peace of mind insurance, discounts in cycle shops, rides & routes
Join now