Mr Tuohy, who has led the charity since July 2014, had his Brompton folding bike stolen on an early evening train from London to Dartford at around 7:15pm on Wednesday (Dec 20).

Mr Tuohy said: "I was travelling back from a meeting in Soho, and as always I put my bike folded up behind my seat.

"I sat down with my phone and started to do some work when a man struck up a conversation with me after noticing the Cycling UK logo on my jacket.

"We had a nice chat for about twenty minutes, but he got off the train a few stops before Dartford.

"When I checked behind my seat, my bike was gone. So at some point during that twenty minute conversation, someone lifted it and walked off.

"It left me with a really empty feeling. I’ve had that Brompton since I started with the charity in 2014. It’s a brilliant bike. That bike and me have done a lot of work together for Cycling UK." 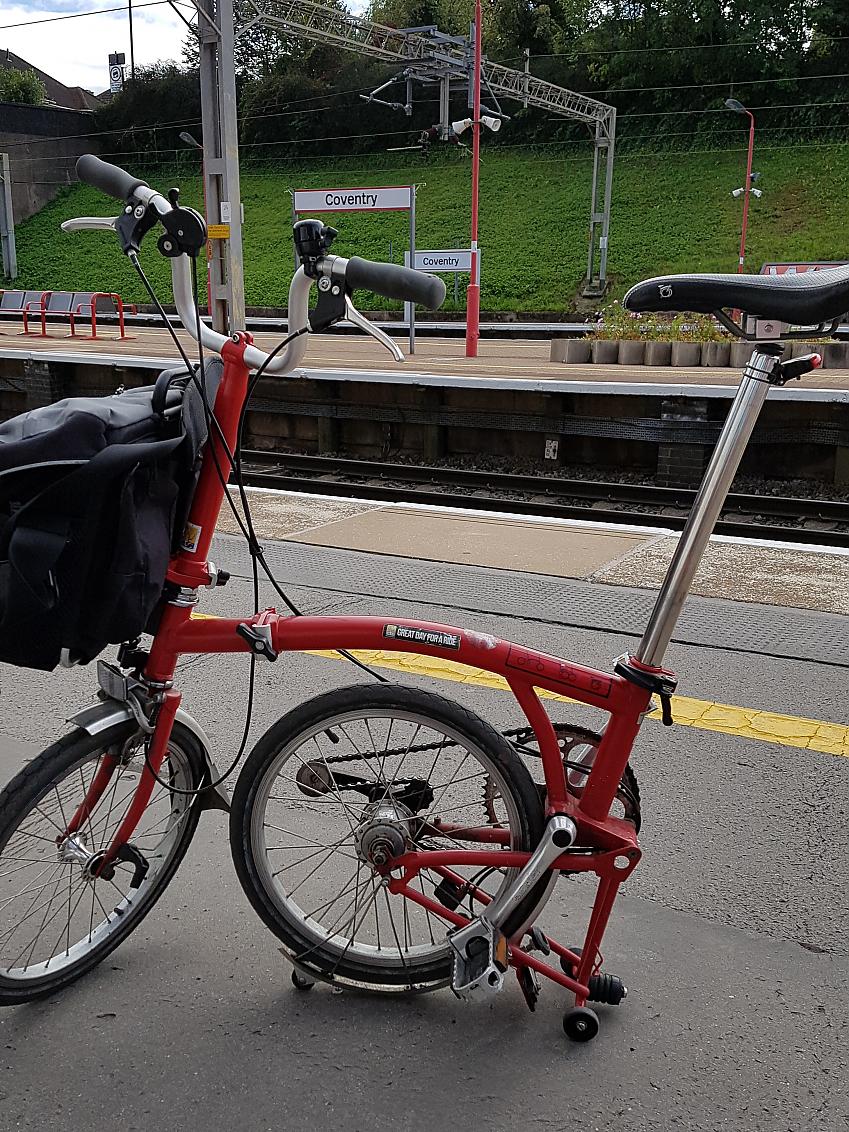 Cycling UK was formerly known as the CTC, and champions the rights of cyclists, encouraging more people to get on their bikes for fun, fitness and transport.

Mr Tuohy added: "The bike’s a little bit battered, but it’s recognisable because it has a CTC sticker on the mudguard. It’s just so infuriating."

Cycling UK is taking the opportunity to warn other cyclists to take care with security of their bikes.

More than 327,000 bicycles are stolen every year in England and Wales, and around 26 out of every 1,000 bike-owning households were affected by bike theft.

How to stop your bike from being stolen View

How I got my stolen bike back! View

On longer distance trains a Brompton has to be left in the luggage area at one end of the carriage. That makes it even easier to steal.