A kind-hearted Samaritan has returned a stolen bike belonging to the Chief Executive of Cycling UK – after finding it abandoned near a train station in Kent.

Paul Tuohy’s Brompton– worth around £1,000 – was taken from a train on Wednesday night (Dec 20) as he returned home from a meeting in London.

But after the story appeared on a number of news outlets, Mr Tuohy was reunited with his beloved bicycle by an office worker who spotted it abandoned near an alleyway, on his way home.

Jason, who lives in Dartford, but who didn’t want his full name revealed, said: “I came back late from London Bridge and saw the bike near an underpass. Nine times out of ten I would have left it, but I thought it was a bit odd so I picked it up and carried it home.

“I left it outside the flat and when my girlfriend got up, she wondered what the bike was doing there!”

“It was on my way to work when I was checking Twitter, and I saw the story, and realised it was the bike Paul had had stolen. I tweeted Paul, and then I phoned the office.” 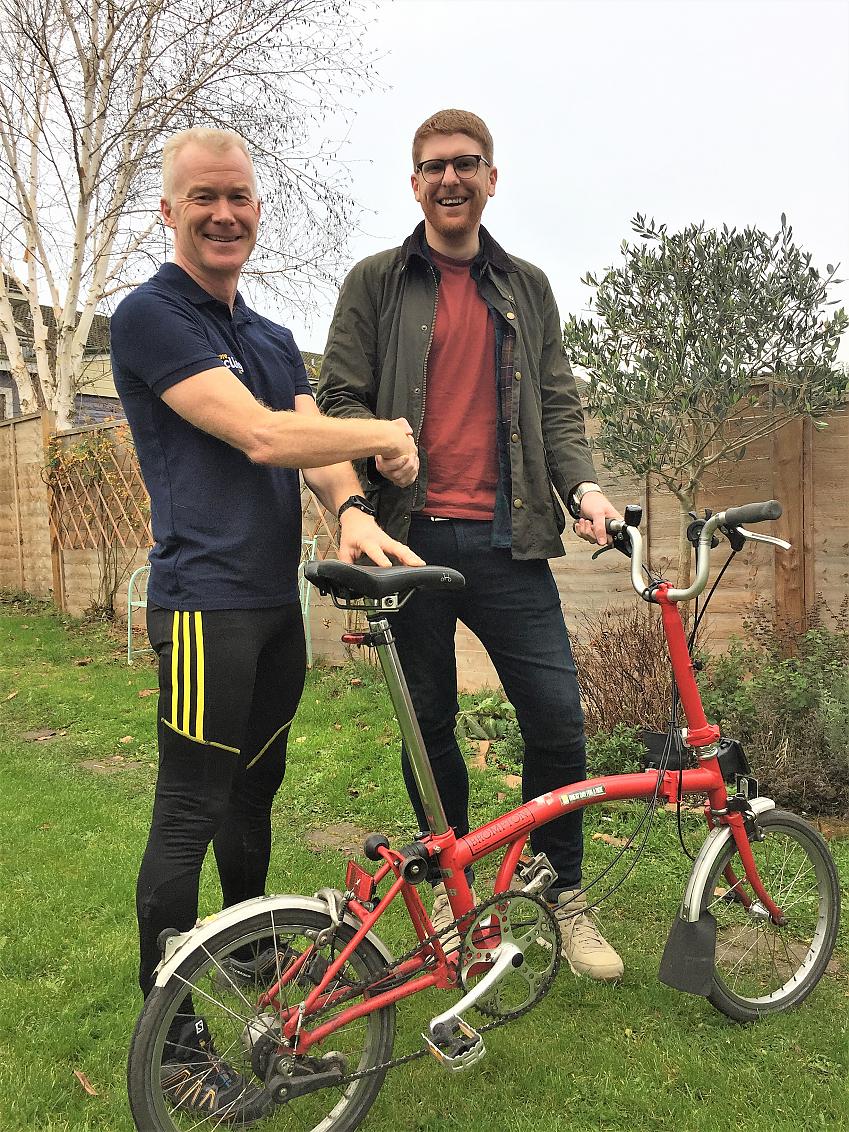 Mr Tuohy, who has been chief executive at Cycling UK, the national cycling charity, since 2014, was delighted to have the bike returned.

“I was absolutely stunned,” he said. “It’s amazing in this day and age that someone would find a Brompton bike and make the effort to return it to its owner.

“For Jason to take the time and trouble to find me, and bring it back is incredible. It shows some real Christmas spirit at this time of year.

“I’ve had the bike since I started at Cycling UK, and in that time I’ve grown quite a strong attachment to it. We’ve been through a lot together, and when I thought I’d lost it, I was pretty down. I’m so grateful to Jason.”

The bike was stolen at around 7:15pm on a service from London to Dartford. Mr Tuohy believes it may have been taken during the course of a conversation a fellow passenger struck up with him.

Cycling UK, which champions the rights of cyclists, encouraging more people to get on their bikes for fun, fitness and transport, is using the opportunity to warn others about taking care with the security of their bikes.

More than 327,000 bicycles are stolen every year in England and Wales, and around 26 out of every 1,000 bike-owning households were affected by bike theft.