An 87-year man from Emsworth in Hampshire has (probably) beaten the world record for being the oldest man to cycle from Land’s End to John o’Groats.

Donald Wells is a keen lifelong cyclist and member of the national cycling charity Cycling UK. He has been going on long distance bike trips by himself ever since his wife passed away 23 years ago.

Despite his challenging cycle trips around the world, Donald said that taking on Land’s End to John o'Groats was the hardest thing he has done because of its "sharp, unforgiving hills".

His 1,000-mile solo self-supported journey took him from Cornwall to Scotland, taking five weeks and two days to complete in what he described as a "leisurely pace".

A man named Tony Rathbone holds the current Guinness World Record for the eldest man to make the journey in 2014, aged 81. Donald and his son are investigating whether Donald can be recognised.

Donald went with barely any supplies, stopping at petrol stations, cafes and local supermarkets for food, and slept in hostels, hotels and even endured a night on a park bench when he was unable to find a place to stay.

If that wasn’t impressive enough, he also completed the journey on an 18-year-old Brompton bicycle, which he was able to fold up and transport with him easily wherever he was. The only thing he had replaced before the start of the journey was his saddle, for a more comfortable ride.

Mr Wells wasn’t cycling for any particular cause, just for the sheer enjoyment of riding his bike. He likes to keep active and is part of a walking group at home. 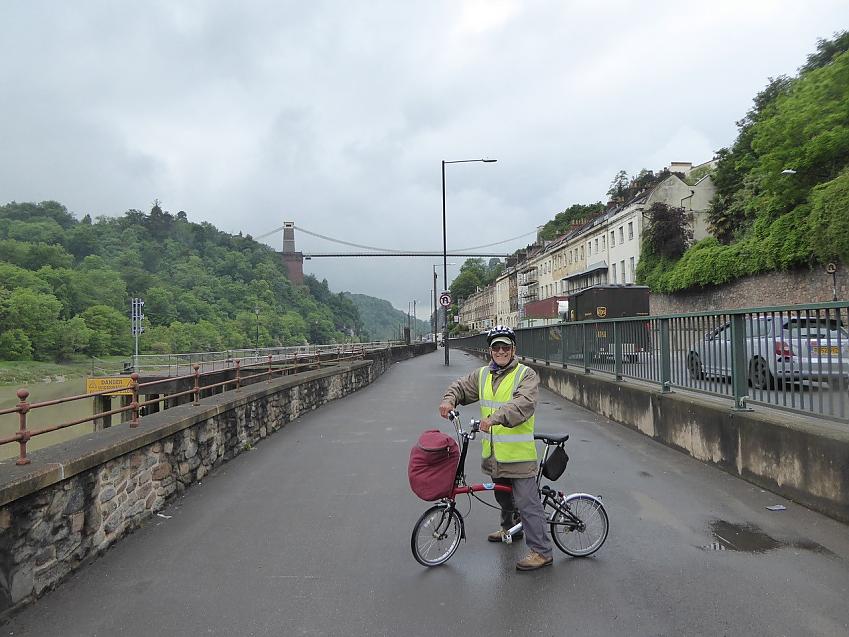 Donald said of his adventure, “I’m pleased with what I did but it’s just like any normal cycle ride for me, I don’t see it as anything particularly daring.

“I felt fine after I finished the ride – no aches and pains. I don’t rush and tear around, I take it easy.

“I suppose it’s what’s I’ve been doing all my life. I feel at home on a bike.”

Paul Tuohy, Chief Executive at Cycling UK, said: “I was delighted to hear about Donald’s achievement; he’s a true testament to how cycling can enrich your life, whatever your age or pace.

“As a fellow Brompton owner I appreciate this was no small feat. Everyone at the charity is really impressed. Hopefully Donald can officially be recognised as the oldest man to complete the route, and we wish him all the best with his cycling adventures.”