The 'Sheffield Inspiration Study', which was produced with input from Sheffield City Council, Cycle Sheffield and the Sheffield City Region, highlights that 36% of children in Sheffield show indications of potential metabolic diseases such as heart disease, stroke and type 2 diabetes.

To help counter these serious health problems, the study proposes to make streets more attractive and welcoming for cycling and walking, while also tackling rat-runs through residential areas.

The key focus is a ‘visualisation’ of Sharrow Lane in the Sharrow area, which highlights how simple changes to the road design can create a safer and more welcoming environment to help make cycling and walking a more attractive choice for everyday journeys, such as trips to school and work.

Residential roads should be like the vision for Sharrow Lane. If they were, we’d see more people of all ages cycling, meaning less pollution and congestion.

The changes proposed are inspired by ‘cycle streets’ found commonly in the Netherlands and Belgium, which give cyclists priority and have 20mph limits. Other proposed changes have already been implemented in parts of the UK, such as continuous level footways at sideroads, which have been put in place in Glasgow. 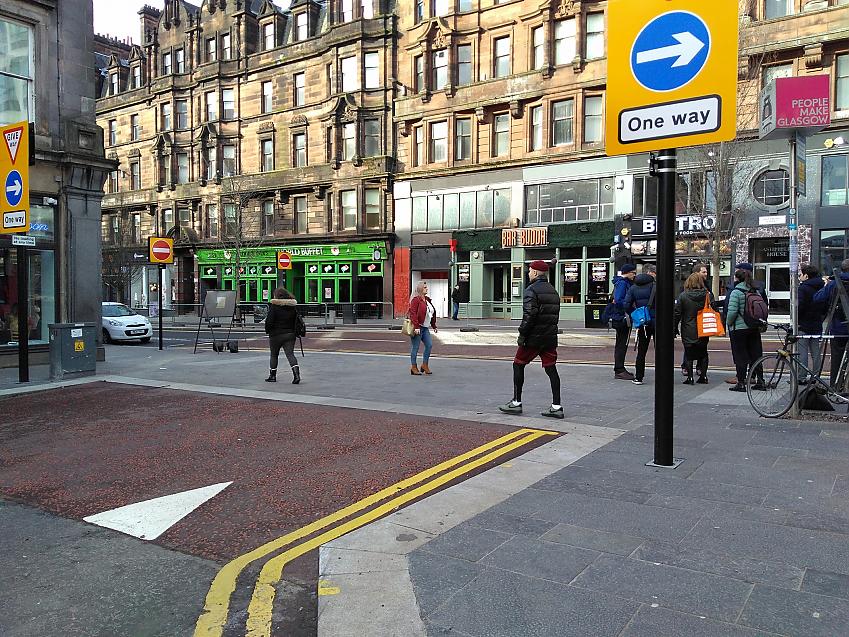 Emily, a Sheffield resident with a young child, said: “At the moment I don’t feel comfortable with my child cycling or even walking to school, and I know other parents feel the same. Residential roads should be like the vision for Sharrow Lane. If they were, we’d see more people of all ages cycling, meaning less pollution and congestion.”

The publication of the study comes just days after Sheffield City Region Mayor Dan Jarvis announced an agreement the leaders of Rotherham, Doncaster, Barnsley Metropolitan borough councils, Sheffield City Council, and the Sheffield City Region Combined Authority to break the deadlock which is currently limiting access Government funding under the devolution deal handed to the region in 2015.

This will potentially release £900m Government investment in the region. Cycling UK and local group Cycle Sheffield hope that some of this funding will used to invest in infrastructure improvements to ensure cycling and walking are safe and attractive choices for Sheffield residents, activities Mayor Dan Jarvis has repeatedly championed to make the region healthier, more active and happier.

Cycle Sheffield co-ordinator Ian Carey said: “Cities should be designed around and for people, creating healthy places where children can walk and cycle safely to school. Cycle Sheffield has worked with Cycling UK to present a vision for community focussed streets. We want to inspire Sheffield City Council and the Mayor into building a proper network of safe, pleasant streets that everyone can enjoy.”

It is also hoped that the study will help inspire cycle campaigners and local councillors across the UK, at a time when Cycling UK is campaigning, alongside Living Streets, for the Government to put forward dedicated funding for local authorities to implement the local cycling and walking network plans they have been asked to produce.

Duncan Dollimore, Cycling UK Campaign Manager said: “Although this study is based in Sheffield, it’s relevant for communities across the United Kingdom, especially for cities and towns crying out for investment."

You can write to your MP and Council leader to support Cycling UK's campaign for dedicated cycle funding here.