Vocal opposition from a small number of local protesters threatens to derail plans to complete the National Cycle Network Route 27 Coast-to-Coast trail between Plymouth and Ilfracombe.

These trails take you gently from sea-level to the elevated plateau of mid Devon and the western fringes of Dartmoor, avoiding most of the sharp gradients (and traffic) of Devon’s road network. The Clearbrook Ramp (pictured below) is the exception. 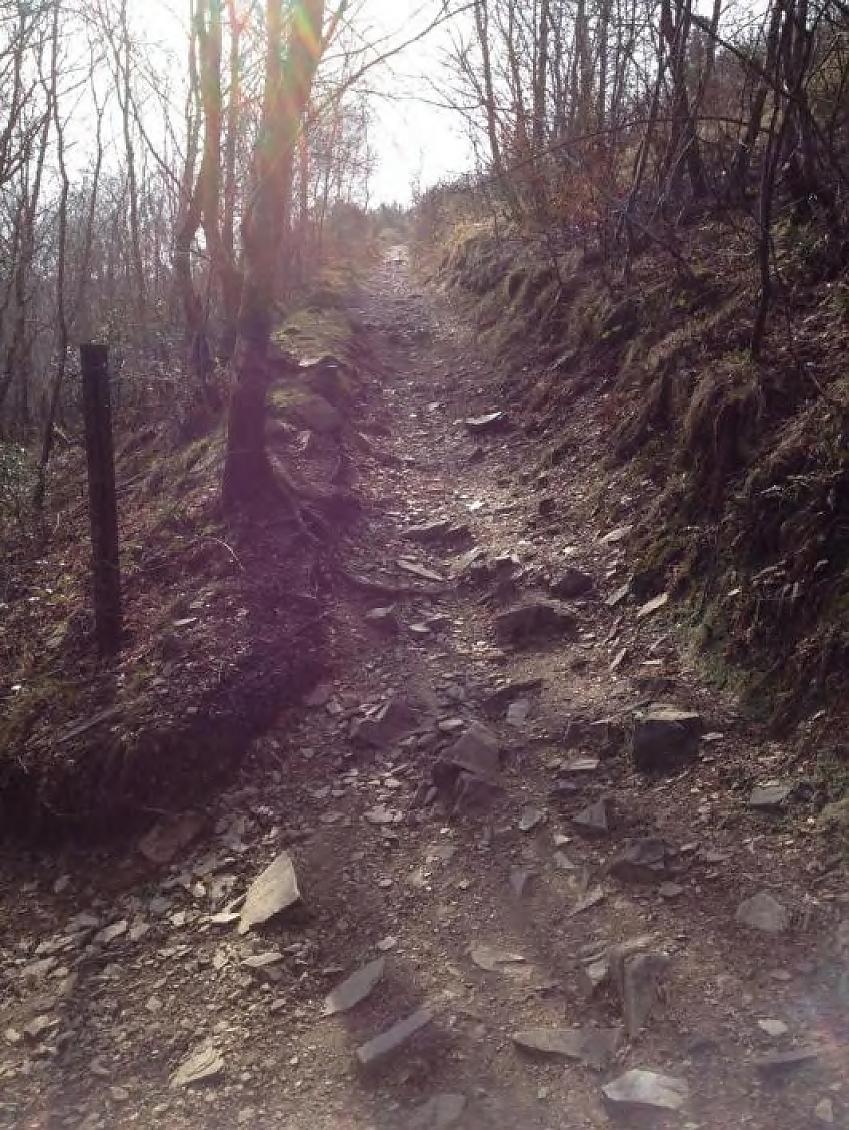 This narrow, rooty, rocky, slippery section of less than a quarter of a mile in length prevents any but the most technically skilled rider from accessing the full length of the trail.

The on-road alternative is also steep, narrow and twisty.

Plans approved by West Devon Borough Council, supported by Devon County Council and funded by Dartmoor National Park, will see this path improved to provide a wide and gentle slope, accessible to all cyclists and walkers and, importantly, to those with additional needs.

Local cycle campaigners, such as the CTC affiliated Plymouth Cycling Campaign, have been calling for this improvement for many years. Chair of the campaign, Stuart Mee was able to announce recently, “Pleased to report that the Dartmoor National Park Authority has given planning permission for the new ramp and path resurfacing from Goodameavy to Clearbrook!”

Sadly, this enthusiasm seems to have been premature. Stuart reports on the Plymouth Cycling Campaign website that the Planning Inspectorate (PINS) is thinking about calling a public inquiry to consider a few local objections to the scheme, some of which centre around concerns over tree preservation and wildlife. Such concerns, says Plymouth Cycling Campaign, are unfounded.

Issues have also been raised over the soil that needs to be removed in order to construct the cutting. To this, Stuart says: "It is disingenuous of the objectors to suggest the spoil will block the old railway track which will still be available as a path. The railway is not part of the Common so these objections can also be disregarded in deciding whether to hold an inquiry."

There is strong local support behind the scheme, with the landlord of the local pub, the Skylark Inn at Clearbrook, amassing over two hundred signatures, recognising the tremendous boost the scheme will bring to the local economy.

Stuart is asking supporters of this scheme to urgently respond to the Planning Inspectorate by Thursday, 19 of December (see below).

A public inquiry risks forcing Dartmoor National Park and its partners to abandon the scheme, as the cost of fighting it may be too high. Also, the funding is time-limited and it will not be possible to spend it before a public inquiry reports, even if its outcome were favourable. This would set back any hope of a completed route for many years to come.

Please take a look at the detail of the campaign on the Plymouth Cycling Campaign website and respond to the Planning Inspectorate to demonstrate your support for this scheme and object to the absurd waste of public resources that an inquiry would represent. It's a very minor scheme of works and the improvements would deliver a dramatic improvement for cycling in the region.

Opening up this route will benefit the local area, the population of Plymouth and will have knock-on benefits for all the towns and villages along the coast-to-coast route from Plymouth to Ilfracombe and beyond, with links to Europe via the Cycle West routes.