In a Westminster Hall debate this week, the ‘exceptional hardship’ loophole and the definitions of ‘dangerous’ and ‘careless’ driving were criticised as MPs called for a review.

On Tuesday (20 November), MPs from all major political parties participated in a debate on Road Justice and the Legal Framework, co-led by Ruth Cadbury MP and John Lamont MP. The debate comes at a time when Cycling UK, Brake and RoadPeace are unified in calling on Government to widen the Cycling Offence Review to consider other flaws in our Road Traffic Offences.

The backbench debate was held in Westminster Hall during Road Safety Week (19-25 November), which this year focusses on safe cycling and motorcycling. The co-leaders of the debate highlighted three key messages which they sought a response for from Government: the flawed definitions of ‘careless’ and ‘dangerous’ driving, the use of disqualification and in particular the failures of the ‘exceptional hardship’ loophole and the inadequate sentences for hit-and-run offences.

It is abundantly clear that if we want to make our roads safer, cutting down on irresponsible driving must be the priority.

These are aspects of the road traffic offences framework which Cycling UK has highlighted over the past few months as being in need of urgent review. Leading the debate, Ruth Cadbury MP noted the Government’s consultation on new cycling offences received a large response “Indicating the level of concern about singling out cycling offences…when the law fails so spectacularly in hundreds, if not thousands, of cases every year in which people are killed or very seriously injured by irresponsible driving.” She followed up her contribution with an article in Politics Home calling for Government action.

John Lamont MP, co-leading the debate, echoed Ruth Cadbury’s call, emphasising that “It is abundantly clear that if we want to make our roads safer, cutting down on irresponsible driving must be the priority.”

Their demands for action on road justice were widely echoed around the hall by MPs including Tim Farron, Sarah Wollaston and Stuart C McDonald, the latter of which, with a nod to the 13,000 letters sent to MPs via Cycling UK’s campaign, noted that “This debate has clearly struck a chord with my constituents, if my inbox is anything to go by.” 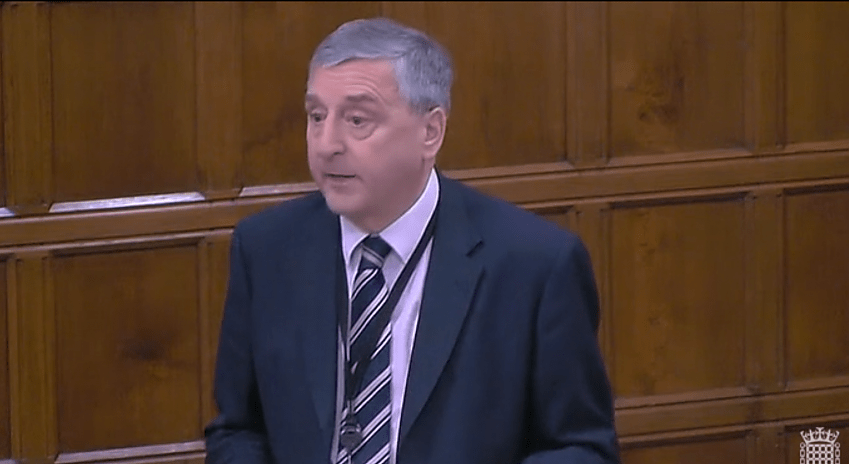 Jim Fitzpatrick MP, a long-time supporter of road safety and road justice, emphasised again our demand for action, pointing out that “Cycling UK, along with road crash victims’ charities Brake and RoadPeace, are calling for the Government to review road traffic offences and penalties to ensure that the law delivers just and safe outcomes for all road users.” He also raised concern at the 60% drop in driving bans issued in England and Wales over the past 11 years, calling on the minister to “Clarify what is happening?”

Unfortunately, no such clarification from the responding minister, Rory Stewart MP, was forthcoming. The minister accepted in his response that “There is much more that we can do to protect cyclists” and that cycling “Should be greatly encouraged” but he drew headlines away from the Government’s lack of action by telling the Hall that cycling in not only good for your health and wellbeing, but also “Better for your sex life”.

Although it was clear that, to an extent, he did appreciate the gravity of the issue at stake, noting that “Someone who commits an extremely dangerous act in a vehicle is driving a weapon” and that “If a death results, that is morally equivalent to unlawful act manslaughter”, no actual commitment of any kind was forthcoming in respect of the need for an urgent review of the seriously flawed road traffic offences framework.

Disappointingly, the Government’s response was to repeat an old announcement on increasing sentencing for two offences. There was a complete failure to answer why there has been no wide scale review of road traffic offences.

Following the debate, Duncan Dollimore, Cycling UK’s Head of Campaigns, said: “Disappointingly, the Government’s response was to repeat an old announcement on increasing sentencing for two offences. There was a complete failure to answer why there has been no wide scale review of road traffic offences and sentencing as promised in May 2014. This continued delay lets down victims and compromises road safety for everyone: pedestrians, cyclists, horse-riders and motorists.”

Cycling will continue to campaign with our allies for a wider review of road traffic offences.

As Stuart C McDonald MP’s comments about the emails he received as part of our campaigning indicate, taking the time to write to our elected representatives, especially when we do it en masse, does have an impact. If you live in an English Council outside of London, why not take a moment to write to your Councillor and MP to support Cycling UK’s campaign for funding for cycling and walking.