Dartmoor plays host to one of the country's most infamous, iconic and tough bike rides: the 106km Dartmoor Devil. Since 1993, riders have set out on the moorland challenge, which sees them have to scale the dizzy heights of the moors, only to plummet down into a valley before doing it all again.

Its famous 'finishing leg' has a triple helping of hills, with the climbs at Dartmeet, Ponsworthy and Widecombe coming consecutively in the last handful of miles. The annual Dartmoor Devil took place on Sunday 29 October. It was organised for an incredible 25th and final time by volunteer Kevin Presland, before new organiser David Twigger takes over in 2018.

Secretary of Devon CTC, Graham Brodie, describes what happened on the day:

"The ride started from Brookside Tearooms, with two waves of 100 riders, and the usual early morning scrabble up Hind Street Hill.

On into the lanes around Liverton through some early morning mist and drizzle; as riders pulled hard up through Ilsington to Halshanger, the weather began to improve, and by the time the first wave had gone through Ashburton, it was breaking into a glorious sunny morning. The first control point was at Cross Furzes, where cakes were available, as were expansive views across the moors.

"The ride continued down slippery lanes through Michelcombe and on over Newbridge and along the River Dart by Spitchwick. The section from there was extremely hard as riders turned north into a cold headwind, and climbed through Lowerdown to Ponsworthly and then a long section of exposed moor past Grimspound, eventually dropping into Chagford to the Globe Inn, where hot soup and rolls were served up and Cycling UK volunteers checked in the riders at around the half way point.

"This year, an amazing participant was awarded a framed display for completing his 25th consecutive Devil, while a long-term volunteer was also recognised with a special trophy for his final - and also 25th consecutive - event as organiser.

"From Chagford, it was back up onto the high moors climbing through Jurston to hit the B road to Princetown for a good fast tailwind section. At Princetown, the Foxtor Café was hosting the final control point and doing a roaring trade in food and hot drinks, with the staff in fancy dress for Halloween.

"The final section had a slightly different twist, utilising the hill past Bonehill Rocks instead of the usual main road climb. At the finish in Manaton, the atmosphere was buzzing, especially as some long-awaited riders neared the time limit.

"Mike Steer rolled in within time on his 25th ride, the only rider ever to have done so! He was presented with a special framed display of the badges for all 25 years. Kevin was also given a memento to mark his remarkable achievement as organiser of the event for the past quarter of a century; fellow rider Drew Buck from Cheddar presented him with a mantle display featuring the profile of the ride, which Drew had made himself and carried around the course.

"There was great applause when the youngest rider of the event rolled in; seven-year-old John Sharp, riding tandem with his mum Nikki. John was raising sponsorship to buy a glockenspiel for Ashburton Primary School. Kate Brodie arrived with five minutes to spare, succeeding after three attempts to get around the arduous course in time!

With new organiser David Twigger set to take over, the future of the event looks secure for years to come."

Many congratulations to all the event finishers, and thanks to all the incredible volunteers who make the Dartmoor Devil such a great event year after year.

If you are interested in becoming a volunteer event organiser or ride leader for your local group, take a look at our Volunteer page, or check out the Volunteer Toolkits for a description of the role and what it entails. 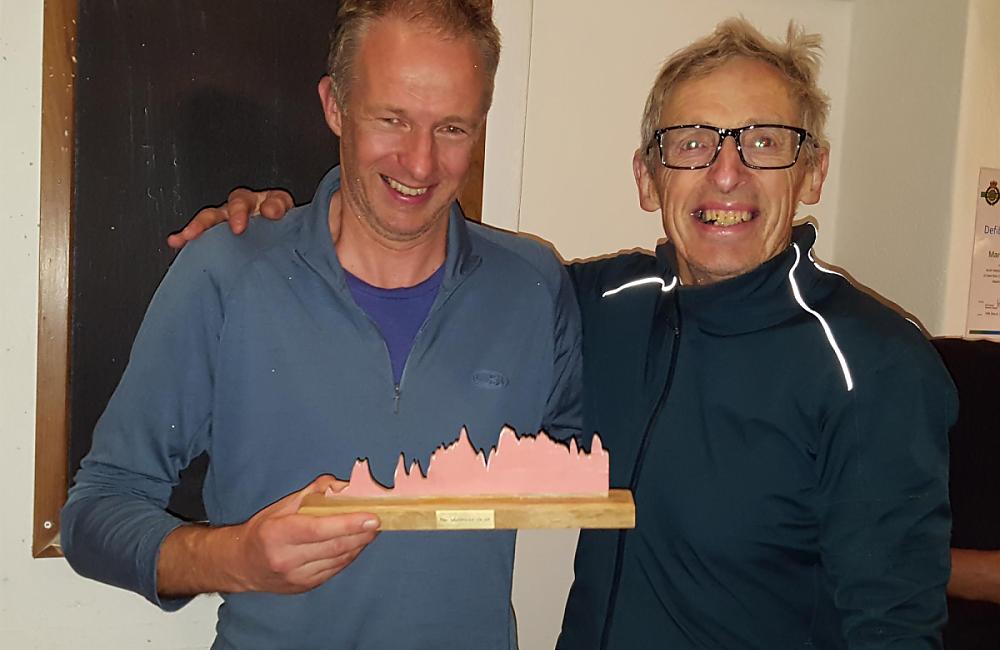 Ghost riding with CTC Devon View
You too can champion cycling in the UK
Give your support today to help Cycling UK’s charitable work tomorrow. We double every pound you give through other sources to help change lives and communities through cycling.
Volunteer now
Cycling UK continues to support the UK to cycle
This remains true during this difficult period with the ongoing threat of coronavirus Covid-19
Read our latest advice on cycling
Join Cycling UK to help us change lives and communities through cycling
Membership gives you peace of mind insurance, discounts in cycle shops, rides & routes
Join now