More investment in cycling and walking, with an Active Travel Act in Northern Ireland is needed to secure delivery. Cycling UK's head of campaigns and advocacy, Duncan Dollimore, reports on cross-party consensus at the Northern Ireland active travel hustings

Representatives from the six main political parties in Northern Ireland came together last night to outline what their parties will do to get more people cycling and walking after the Assembly elections on 5 May.

Perhaps unusually, the DUP, Sinn Féin, SDLP, Alliance Party, UUP and the Green Party were all in agreement that more investment in active travel is needed. They agreed that more needs to be done to ensure this happens, and that holding the next Executive to account to prioritise both the investment and delivery of schemes is imperative. Commitment to get this done was shown by all parties. 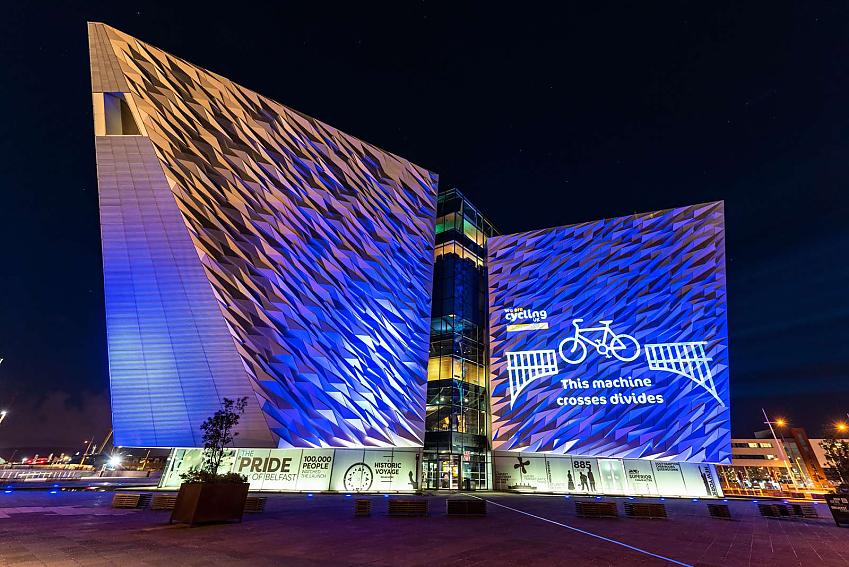 Earlier in the week, Cycling UK had lit up iconic sites across Belfast including the Samson and Goliath cranes and the Big Fish, with simple messages to politicians about the urgent need to invest in cycling, particularly in light of rising fuel costs, a point a number of the panellists also made at last night’s hustings.

The message projected on the Titanic Museum, that cycling crosses divides, reflected the common ground between politicians around the health, environmental, societal and economic benefits across communities of investing in alternative and more sustainable forms of transport.

Cycling UK’s manifesto for cycling in NI includes a call for legislation to hold the Executive accountable for considering and improving cycling and walking through an Active Travel Act. This would require decision makers, including local authorities, government departments and ministers, to prioritise active travel in all infrastructure schemes and developments, making cycling and walking a priority regardless of the minister in charge or whether the Assembly was sitting. 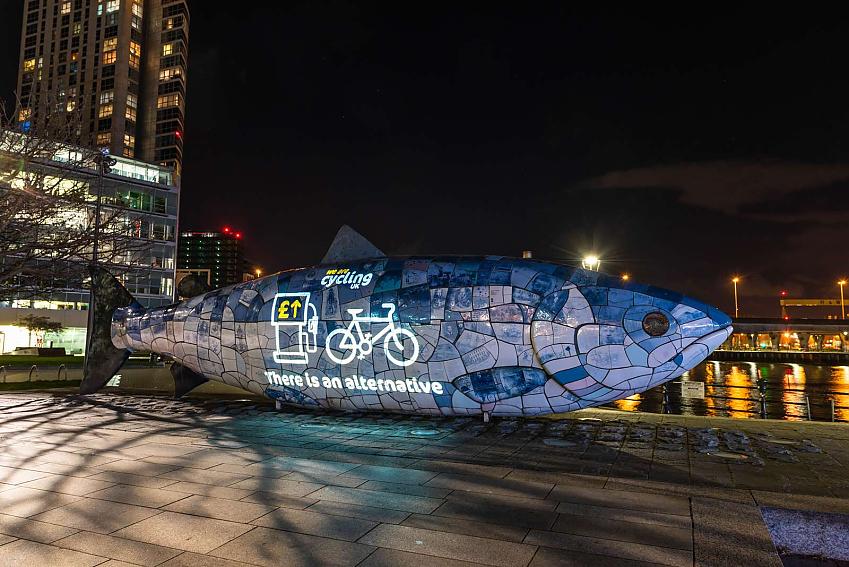 Siobhán McAllister (SDLP) and George Dorian (DUP) both referred to rising fuel costs, and the need to find alternatives to motor transport, with Siobhán also highlighting the economic benefits of active travel.

It was fantastic to hear such cross-party consensus about how vital it is to invest in active travel, and ensure that schemes are delivered well, and the huge benefits of doing this. However, we now have to make sure that all of the candidates elected in May deliver on their parties’ commitments, and make it happen

Apart from some disagreement about whether an independent active travel commissioner was needed to hold the Executive to account or whether Assembly members should be doing that themselves, there was substantial cross-party unity, particularly around investment in active travel.

While the Climate Bill does require that the Department for Infrastructure’s sectoral plan for transport must include proposals and policies to ensure that 10% of transport budgets is spent on the promotion of walking, cycling and other forms of active transport, all of the candidates were expressly quizzed by Malachi about their party’s commitment to that spending, and whether they would stand by it. All the candidates gave unequivocal answers confirming that this spending commitment had to be fulfilled. 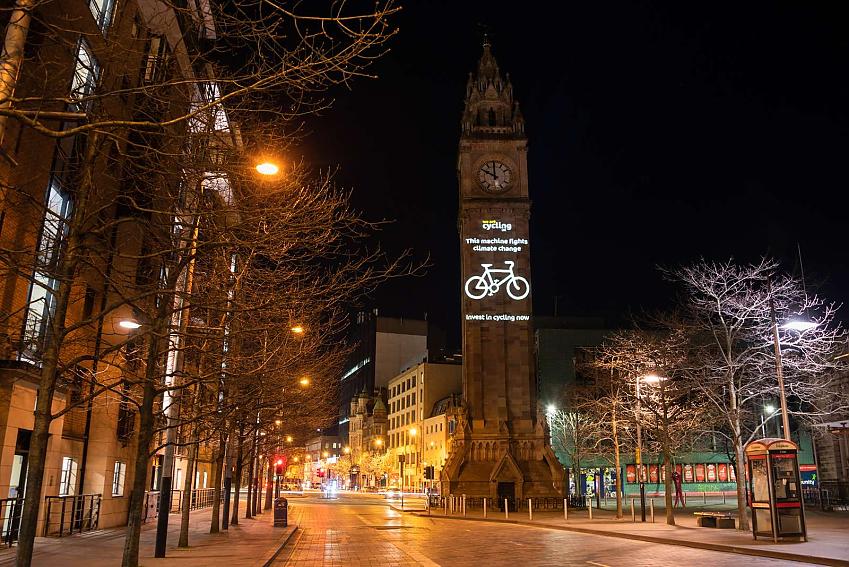 Andrew McCLean, Cycling UK’s engagement officer in Northern Ireland expressed his delight with the cross-party consensus, but highlighted the need for the candidates elected in May to deliver on these promises.

“It was fantastic to hear such cross-party consensus about how vital it is to invest in active travel, and ensure that schemes are delivered well, and the huge benefits of doing this. However, we now have to make sure that all of the candidates elected in May deliver on their parties’ commitments, and make it happen.

"That’s why it’s so important that people ask their candidates what they will do to get there with cycling, and whether they support Cycling UK’s manifesto for cycling."

Cycling UK has written to candidates asking them whether they support our manifesto. The public can see which candidates have confirmed their support by clicking on Cycling UK’s online action, which anyone can easily use to email their candidates directly, asking them to support the manifesto if they have not already done so.

Cycling UK has more information on the Northern Ireland election campaign, and what Cycling UK is asking candidates to commit to. There is also recording of the hustings held last night.

Communicating with your candidates View