While mist was still swirling in Woking Station’s car park this morning, causing delays to the arriving and departing trains, one area which was fog free but rapidly filling was the station's cycle hub.

The current cycle hub has space for 270 bikes, which even at half past eight in the morning was nearly full. Just up the stairs (with a cycle ramp of course), Woking’s new hub, with capacity for a further 250 bikes, was waiting to be opened.

Delivered by Dutch-owned company, Cyclepods, the new cycle hub was built as part of a £475,000 investment programme at Woking and car park capacity was only reduced by two spaces through its expansion. The hub is one strand of a wider £3.8m South West Trains investment plan designed to deliver 1,400 extra cycling spaces across 36 stations by the end of 2016. The Woking station cycle hub has been developed in partnership between the Department for Transport, Rail Delivery Group, Woking Borough Council, Surrey County Council and South West Trains.

Commenting on their delivery of the cycle hub, Cyclepods Managing Director David Leach said, "This has been Cyclepods largest project to date and we are delighted to have supplied the UK’s largest one-off cycle parking contract for South West Trains, with over 1,000 spaces now installed across eight hubs on the network. These hubs are fully equipped to meet the needs of cyclists and are attractive, inviting facilities which will serve to encourage and promote cycle-rail journeys."

These facilities will help give commuters the incentive to leave their cars at home, jump on their bikes, use sustainable transport and enjoy the health benefits."
Transport Minister Andrew Jones

In addition to the 250 bike parking spaces, the new facility ensures that potentially 520 bikes can be locked up securely undercover at Woking Station, where they will enjoy 24/7 CCTV. Further useful additions include a bike stand with a full array of tools and pump and a real time information display screen to help cycling commuters know where their train might be.

Transport Minister Andrew Jones enthused about the opening of the hub, explaining that it is a demonstrable example of the need for such facilities, as shown by the rapid use and filling up of the original hub, resulting in the new hub being built. 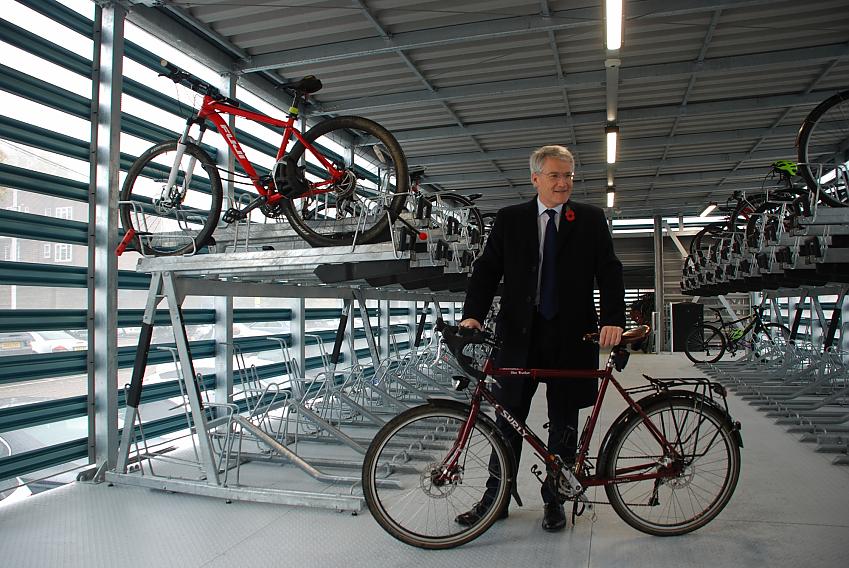 Speaking on the importance of such cycle hubs the Minister added,  “These facilities will help give commuters the incentive to leave their cars at home, jump on their bikes, use sustainable transport and enjoy the health benefits."

Jacqueline Starr, Managing Director of Customer Experience at the Rail Delivery Group (formerly known as ATOC), said: “Better facilities for cyclists at stations and on trains have led to record numbers of people getting on their bikes as part of their rail journeys - there were 50 million cycle-rail trips last year across Britain.”

Pushing the rail sector’s drive for secure cycle parking at stations, Starr added the welcome news, “There are more cycle spaces at railway stations than ever before, with the total set to rise to 75,000 by next year.” 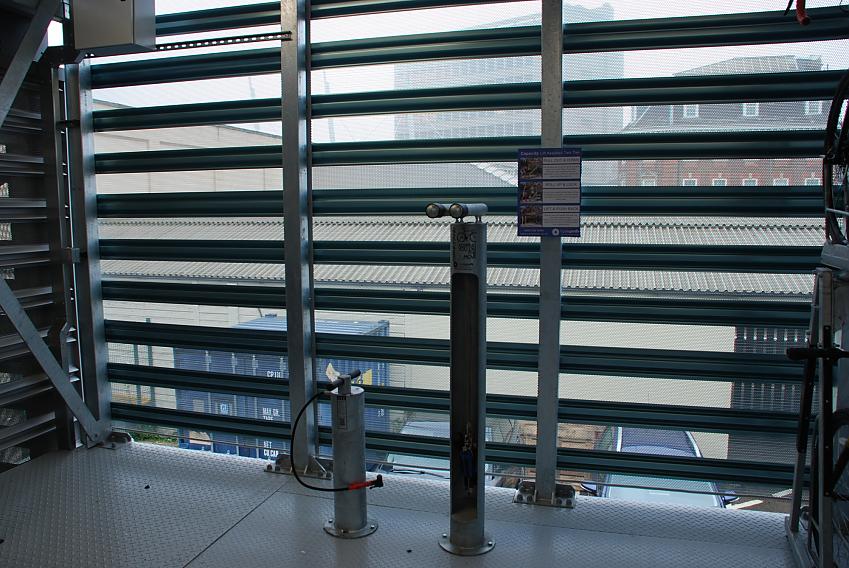 Some concern was aired on Twitter following initial photos released for the new hub about its accessibility, particularly for adapted cycles and trikes. While the new hub is only accessible by steps, with an “L” rail for pushing a bicycle up, the adjoining hub enjoys a wide entrance accessible at the ground level.

Cycling UK discussed the issue of accessibility and parking for non-conventional cycles and was reassured by South West Train’s response that this facility is just the start, and they will look into ways that the inclusive cycling community’s needs can be accommodated going forward.

If you want to make a journey using cycle-rail, the PlusBike webtool provides a useful starting point to find: 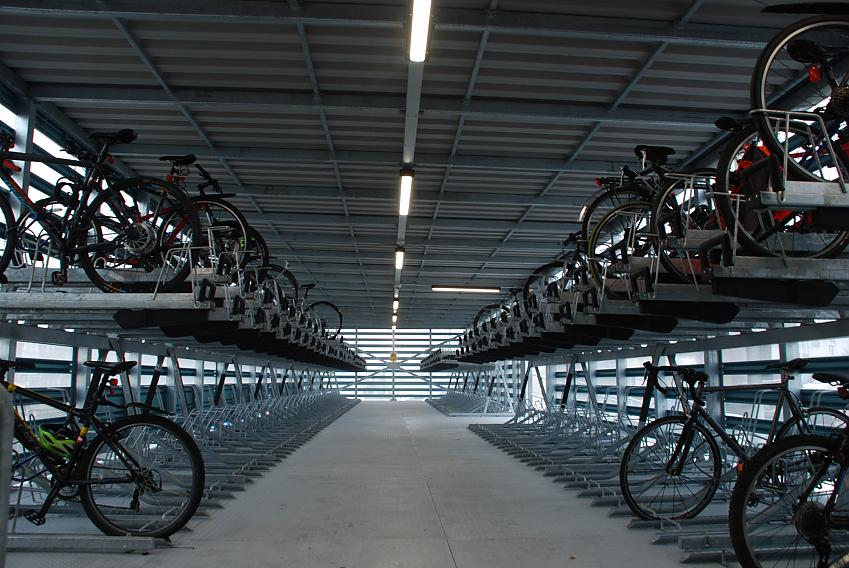