Cycling UK continues to support the UK to cycle
This remains true during this difficult period with the ongoing threat of coronavirus Covid-19
Read our latest advice on cycling
While total police numbers are down 3.5%, roads police officers are down by 37%
By Roger Geffen
Friday, 27 November 2015

CTC has marked Road Safety Week with two appearances in Parliament and one on Radio 4, calling for action to reduce lorry danger 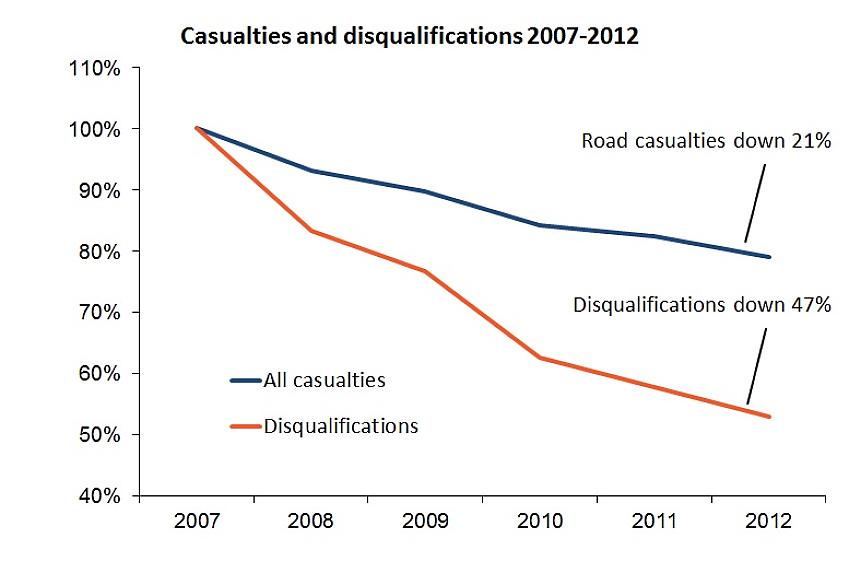 Regrettably the MPs on the Select Committee seemed more interested in asking unhelpful questions about the supposed need for cyclists to have compulsory training and insurance, to force cyclists to wear helmets, and to tackle those who ride without lights (see broadcast of evidence session). Roger Geffen said afterwards: "Cycling per se is not dangerous - it is traffic conditions which make it dangerous. If we want to promote cycling as a safe, healthy and normal option for day-to-day journeys, we need to tackle the sources not the symptoms of danger that cyclists face."

Call to ban dodgy lorry operators covered on 'You and Yours'

Our call to strengthen the role of the Traffic Commissioners was picked up in Radio 4's 'You and Yours' programme on Wednesday 25 November. The programme featured interviews with Roger Geffen and Cynthia Barlow, Chair of road crash victims' charity RoadPeace (you can listen again until Tuesday 1 December).

The following day, Roger was back in Parliament, presenting CTC's petition to the Commons Committee scrutinising the HS2 Rail Bill. As with Monday's hearing, CTC's evidence covered several points, including:

Prior to the hearing (CTC's evidence starts at 13'13"13), HS2 Ltd had already offered CTC some generalised but legally binding assurances on the first two points, but only agreed to offer a further assurance on lorry safety the day before the Commons hearing. They had previously resisted signing up to the Construction Logistics and Cycle Safety (CLoCS) standard, even though it has been created by Transport for London with the backing of over 140 freight industry partners. However Roger Geffen urged them to go further still, by committing to the use of 'direct vision' lorries, where the drivers have a low seating position and are surrounded by plenty of window (rather than metal), so that they can see what's around them as easily as bus drivers can.

Geffen commented: "This is a chance for HS2 Ltd, as a publicly owned company, to show real leadership in promoting safe lorry design. Given that they are proposing up to 1,440 lorry movements a day on Camden's roads alone, it is frighteningly likely that cyclists will end up being killed by HS2 lorries, unless HS2 Ltd do all they can to avoid this risk. I hope they will commit not only to retaining or providing safe cycle access near and across the HS2 rail corridor, but also to avoid using lorries by maximising rail transport, while ensuring that any lorries that are used are designed, managed and driven to the highest possible safety standards."

The Commons hearing took place on the same day that the Construction Industry Cycling Commission published a new 10-point manifesto setting out how the construction industry can promote cycle safety. HS2 has agreed to continue its dialogue with CTC on how it can minimise the risks posed by its construction operations. We hope they will now take note!

In Germany disqualification is combined with retraining and a compulsory test: the medical-psychological test or MPU in German. It is colloquially known as the Idiotentest. This happens after accumulating a number of points, or automatically for some types of offence.

Well done Roger for being

Well done Roger for being reasonable and very knowledgeable unlike the MPs.