More needs to be done to get more people cycling everywhere

New figures just out on local levels of walking and cycling in England last year (2013/14) show not much change over the year before in the proportion of people cycling at least once a month. Some local authorities, however, are witnessing significant increases in cycling rates.

In 2012/13, 15% of the population in England aged 16 and over cycled at least once a month, and the same is true of 2013/14, according to the Active People Survey (APS), just published by the Department for Transport (DfT). Some local authorities - 35 of them, in fact - and the South West and East Midlands regions, though, are enjoying significant increases in cycling rates.

The top twenty local authorities with the highest percentage of adult residents cycling at least once a month in 2013/14 are: 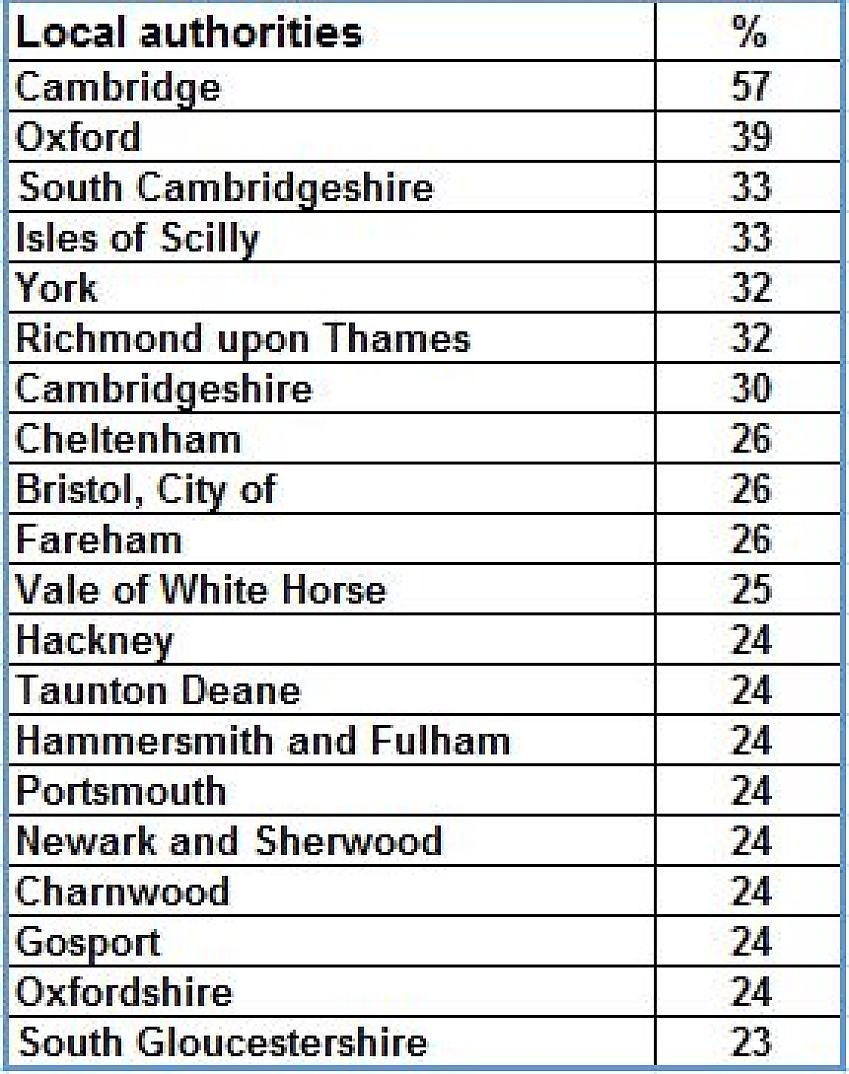 When it comes to cycling at least five times a week, as always people in Cambridge seem keener than anywhere else: 28% of residents there cycle that often. Oxford does well too, at 11%. Less encouraging is the news that the average in England is much less at 3%.

These figures also bear out other official data showing that cycling is more popular with men than with women (the survey found that 20% of men cycle, compared with 10% of women); and that, overall, the proportion of people who cycle for recreation at least once a month (10.3%) is considerably higher than the proportion who cycle for utility purposes (6.5%).

Despite all the positive rhetoric cycling currently enjoys, cycle growth is still hopelessly weak. At the current rate of growth, CTC estimates the Government’s target of doubling cycle use will take 50 years.”

The variation in levels of cycling between authorities, and the fact that there’s not been much movement as a whole is disappointing. CTC believes that spending £10 per head per year on cycling for everyone in the country, together with national design standards to make sure that roads and streets all welcome cycling, are both becoming an urgent necessity.