Cycle rides in the Scottish Borders

Borders Brake-away organises rides in the Scottish Borders. Our starting points are spread around the area, with good parking should you need to transport a bike to the start. Rides vary from 20 to 50 miles, and are typically about 10mph average on the road. Usually small groups, and riding on very quiet roads. The group organisers are Jennie Johnston and Nigel Cliffe. Details of rides are discussed on our email group. Join the group email list https://groups.io/g/bordersbrakeaway Or contact both Jennie and Nigel on email bordersbrakeaway+owner@groups.io

The ride plan for 2022 will be created during the winter and early spring of 2022, in discussion with members of the email group.   It is hoped to start organised rides in March, when the weather is a little warmer, though it’s always possible that we’ll get a warm early spring week when a ride could be arranged.   Anyone on the email group can put forward a ride – just give others the time and starting place.

All our rides are for the social aspect of riding – having a chat whilst enjoying the scenery, the exact distance or speed are not that important.   Typically ride groups average 10mph, faster downhill, slower uphill.  But we ride with the pace of others and wait for people.    Rest stops can be roadside picnics or in cafes, often decided by the rider in the few days ahead of the ride.   Distances vary from 30 miles to 50 miles or more, the longer rides tending to be in the middle of summer.

Ride starting places will vary, the Borders is a big area!   In 2021, we started from Harestanes, Kelso, Peebles, Rutherford, and forestry carparks at Peel and near Bonchester Bridge. All places with lots of space to park cars – recognising that the Border’s population is very spread out, and almost anyone will have to move their bike to a ride start.   It’s a reasonable guess that similar starting places will be used in 2022.    If lacking transport to move your bike to a starting point please ask, someone may have space to carry your bike.

If you’re on holiday in the area and want to join us for a ride, we’d be very pleased to see you.   We’re happy to see all sorts of bikes and riders, just so long as the bike is roadworthy.  E-bikes are fine if you have one.

Further details of rides can be found by joining the group email list:   https://groups.io/g/bordersbrakeaway

2021 began with Covid restrictions still in place, though rides were permitted subject to complying with various rules.   So, the 2021 ride season began on March 20th with a figure-of-8 route from Harestanes (near Ancrum) of 31 miles.  The figure-of-8 allowed people to join for only part of the ride.  As it happened, we had nice weather and everybody stayed for both halves of the ride.  The figure-of-8 approach worked well, and was used on some other rides during the year.

A total of ten rides were held through the summer at with six different starting places across the Borders area.  The last full ride of the year being in October with a 50 mile route from Kelso.  Some of our group also joined the riders from Berwick Cyclists on their two rides starting from Berwick in Northumberland.   A group Christmas lunch was held in December at Walkerburn (near Innerleithen).

2021’s rides were mostly arranged at fairly short notice.  This had the advantage of playing to the weather; only one was affected by bad weather, the remainder all had sunny weather and not too much wind.   The good weather also meant that most rides in 2021 had picnic lunches outside, either carried by riders from the start, or bought from a local shop near the lunch stop.  Eating outside helped with ensuring we stayed away from Covid risks. 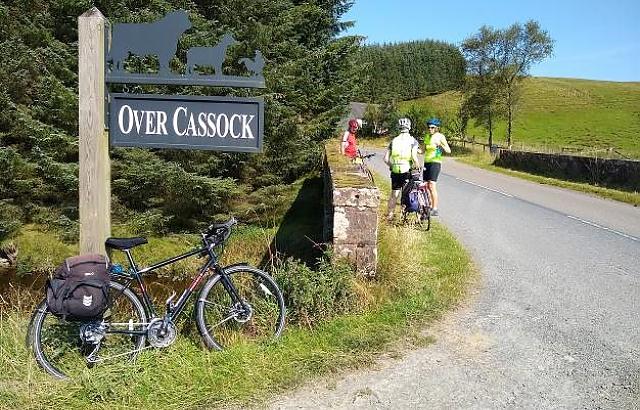 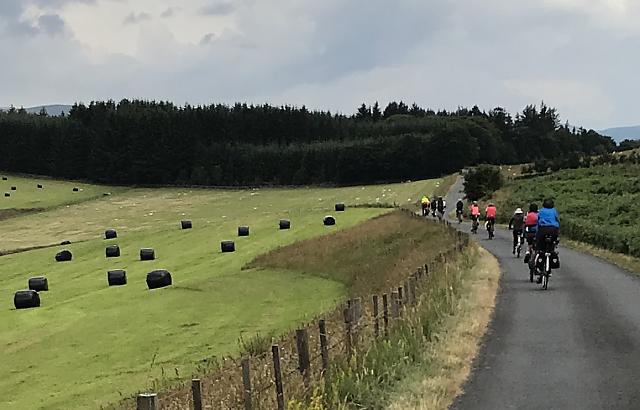 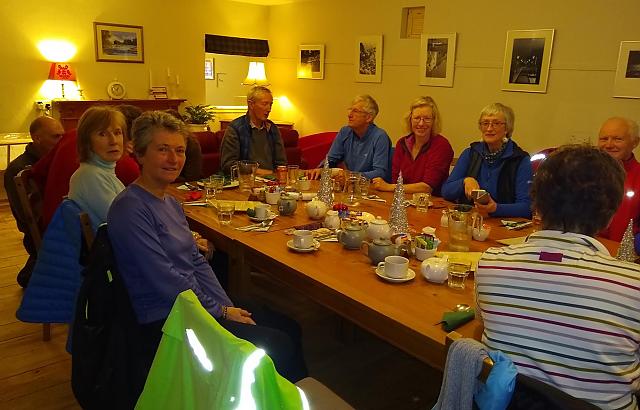