Travellers' Tales: Cycling Across the USA

Travellers' Tales: Cycling Across the USA

On a fine summer’s day on the Pacific coast of America, we dipped our wheels in the ocean and set off east. To cope with the heat, we broke camp by 5.30am each day, hugging every centimetre of roadside shade.

As we approached the Rockies, many mountain ranges lay ahead, with names I had known since childhood. First, the Bitterroot Range. Then the Blackfoot river made famous by the film ‘A river runs through it’, followed by days along the Lewis and Clark trail.

The Prairies were beautiful, with gentle undulating waves of wheat, grasslands, and sunflowers stretching for miles."

Once through the Badlands National Park, created by massive erosion and weathering, came the Prairies. They were beautiful, with gentle undulating waves of wheat, grasslands, and sunflowers stretching for miles.

After Minnesota, a glacier-sculptured landscape led to the mighty Mississippi River and Wisconsin from where an old coal-fired steamer, the SS Badger, took us across Lake Michigan.
We detoured into Ontario for Niagara Falls, then it was back to the mountains.

First the beautiful Adirondacks followed by the Green mountains in Vermont, then the White Mountains and Appalachians of New Hampshire. All offered fabulous cycling, with the autumn colours just emerging. 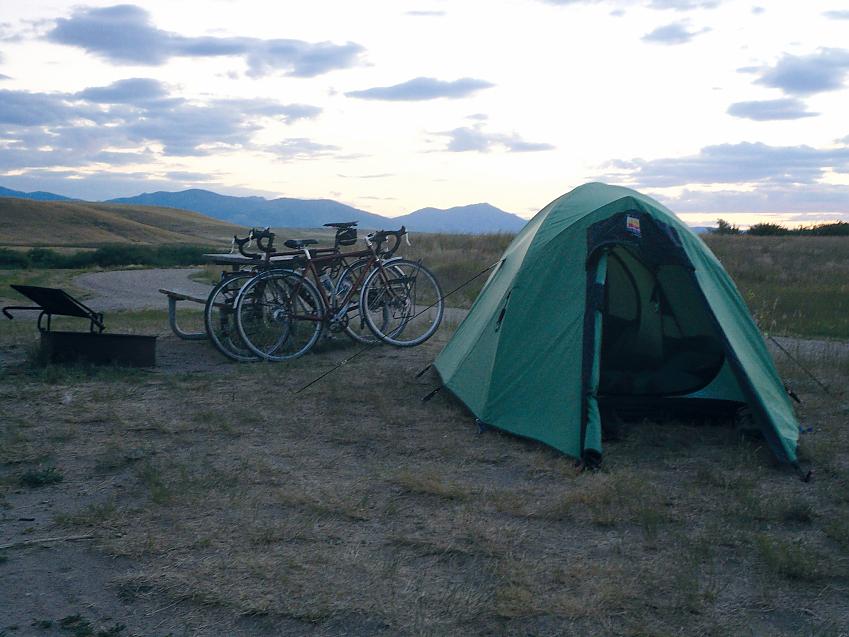 Do you have a travelling adventure you would like to share? Email cyclinguk@jppublishing.co.uk for advice on what's required.

Taking on the Trans Am Bike Race View
Cycling UK continues to support the UK to cycle
This remains true during this difficult period with the ongoing threat of coronavirus Covid-19
Read our latest advice on cycling
Join Cycling UK to help us change lives and communities through cycling
Membership gives you peace of mind insurance, discounts in cycle shops, rides & routes
Join now