Vedangi rode the West Kernow Way this summer. The e-bike was a loan, not her own
By Sam Jones
Wednesday, 6 April 2022

The youngest woman to cycle around the world, Vedangi is also Cycling UK’s #12nightsoutin1year ambassador. Sam Jones spoke to her

At the age of 23, Vedangi Kulkarni has already achieved enough to fill what would surely be the first of many books. Circumnavigating the world is a phenomenal achievement at any age, but Vedangi became the youngest woman when, aged 19, she finished in 160 days – just 36 days slower than current female record holder and Cycling UK member, Jenny Graham.

Her round-the-world ride came only a year after she caught the cycling bug, following a trip to the Indian Himalayas where she did “a little cycling”. Throughout our conversation, Vedangi peppers her conversation with modest descriptions like this, as if there were anything “little” about cycling in the Himalayas!

Growing up in Pune, 100 miles east of Mumbai, India, Vedangi describes her first long distance trip at 17: “It was about 100 miles, taking in two passes barely 1,500m high, from my home to a hill station in Mahabaleshwar, where I planned to celebrate with some strawberry ice-cream.”

Barely 1,500m? “Well… they’re pretty small compared to Alpine or Himalayan passes,” she says. Her century ride took nine hours. Feeling confident, she later returned to the Himalayas for a 767km trip. This entailed two-and-a-half weeks of rough-stuff touring on her £100 Merida hybrid. 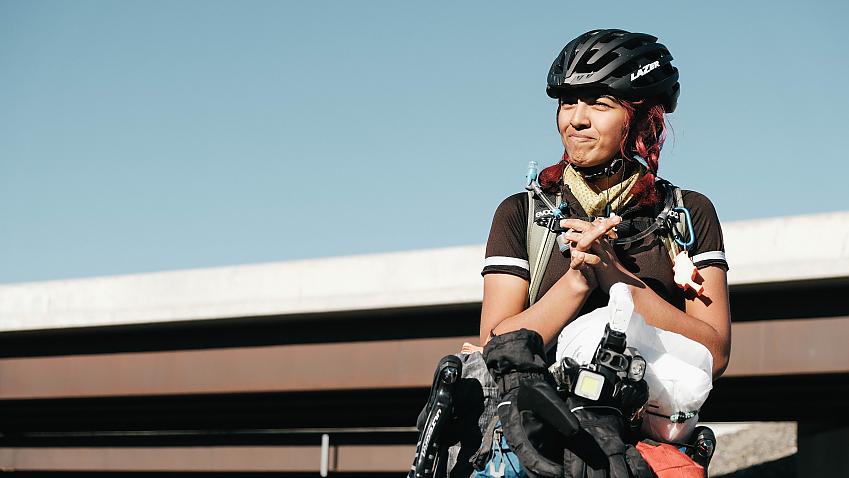 She was followed loosely along the way by her parents, as she was too young to join an official tour. I ask what would she have done if she’d got into trouble. Matter-of-factly, she says: “Oh my parents told me just to wave down an army truck and ask them to relay the message.”

Helicopter parenting it certainly wasn’t, but it’s clear Vedangi’s independence and self-belief is down to the valuable role her parents played in her upbringing.

“I was never told something wasn’t possible – they [my parents] never showed any doubt in me, and that gave me the confidence in my own abilities. I had a very open-minded father, who was probably influenced by his work overseas. It meant I wasn’t cosseted with a typical Indian upbringing – I was actively encouraged to think about and engage with the world, and just as importantly take responsibility for my own actions.”

Inspired as a teenager by a UK round-the-world cyclist called Tom Davies, whom one of her family met as he rode through India, Vedangi told her parents she wanted to move to the UK when she was 18 and “do something amazing like travelling the world.” And that’s exactly what she did. 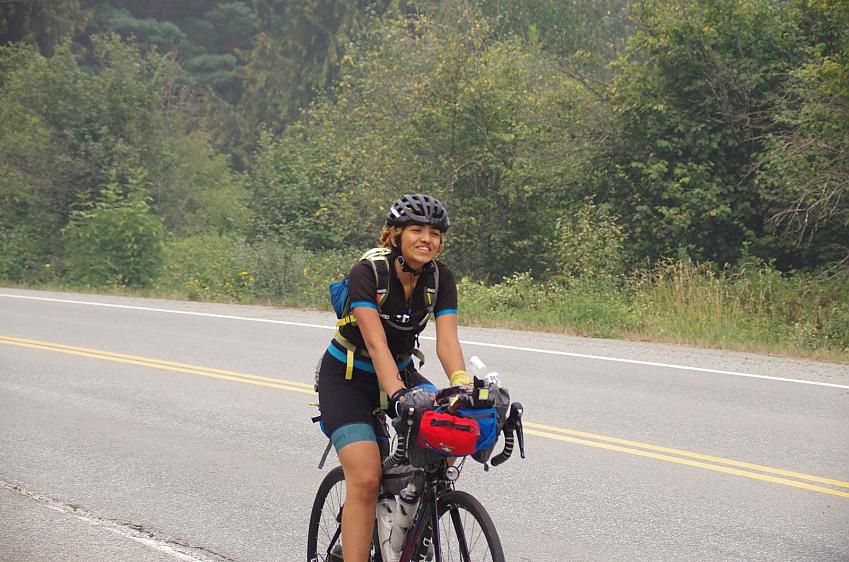 Having completed her second year at Bournemouth University studying Sport Sciences, she took a sabbatical and set off with the aim to break the solo circumnavigation record. During her attempt she was chased by a bear in Canada, concussed in Spain, and ended up riding through Scandinavia straight into a Russian winter.

A common theme in her story is being beset by visa issues; she’s an Indian national. She believes these issues could have been resolved with better planning, but they’ve continued to plague her throughout the pandemic from her home in Christchurch, Dorset.

When she’s not helping others learn from her mistakes through her business, the Adventure Shed, which helps people plot adventures great and small, Vedangi looks to the future. “There’s a bit of unfinished business in round-the-world records,” she says.

As someone obsessed with “going places and camping” and who enjoys “how my legs can take and show me new places, giving me time to think and feel a sense of stillness”, Vedangi was a natural choice as ambassador for Cycling UK’s yearlong bikepacking challenge.

Supported by OS Maps, the challenge is simple: every month, head out on your bike and spend a night beneath the stars. Share your adventures on Instagram to be in with a chance of winning monthly bikepacking prizes and OS Maps goodies.

Guide to the best bikes for bikepacking View