While the classic saddlebag may be the epitome of British cycle touring tradition, it is also finding favour with bikepackers keen to take advantage of its convenience, ease of attachment, and substantial capacity. Usually attached behind the saddle as the name says, it is feasible with all but the largest models to fasten them instead to the handlebar.

As when choosing any style of cycle luggage, it is worth bearing in mind the effect of weight on the cycle’s handling. This is especially important given that: the capacity of some saddlebags can be greatly increased by simply opening an extendable flap; they sit high on the cycle; and that a heavily-loaded saddlebag attached to the saddle or its post applies a considerable bending force to the post and to the frame’s seatpost cluster, which may be an issue on a lightweight machine. This aside, strapping a saddlebag to any cycle is all that’s really needed to turn it into a tourer. 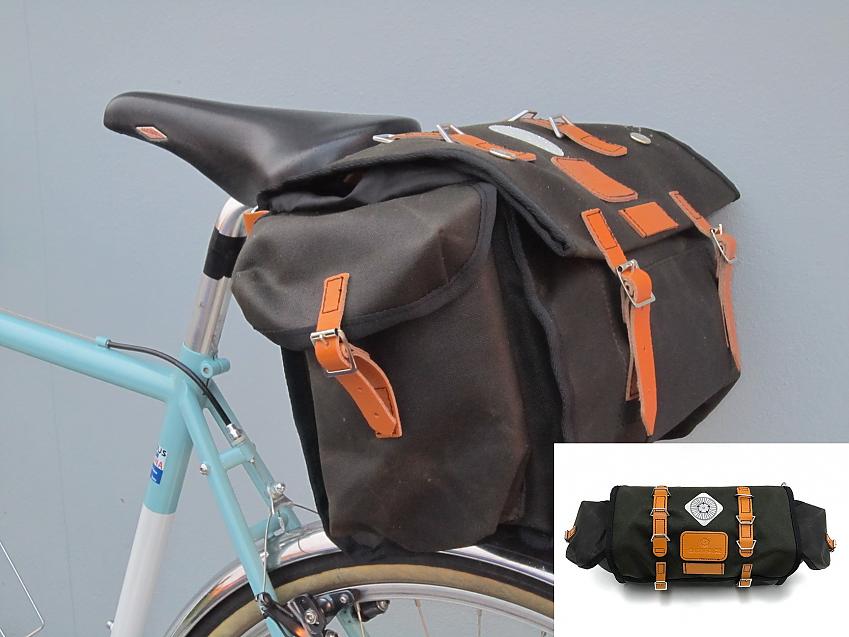 A cavernous bag even with the ‘Longflap’ closed, this ideally needs a support like the Bagman Q/R Expedition supplied when filled to capacity. (That adds £50 and 440g.) If used with saddle loops, weight is carried by two leather straps that wrap around an internal wooden dowel. The Camper has a wealth of straps, pockets, and reinforcements, and the neck is cinched to help the waxed 18oz cotton duck fabric keep out rain. Green or black. Weight: 1kg (+440g). Capacity: 23L.

Frost and Sekers Marvin £219 at the time of writing 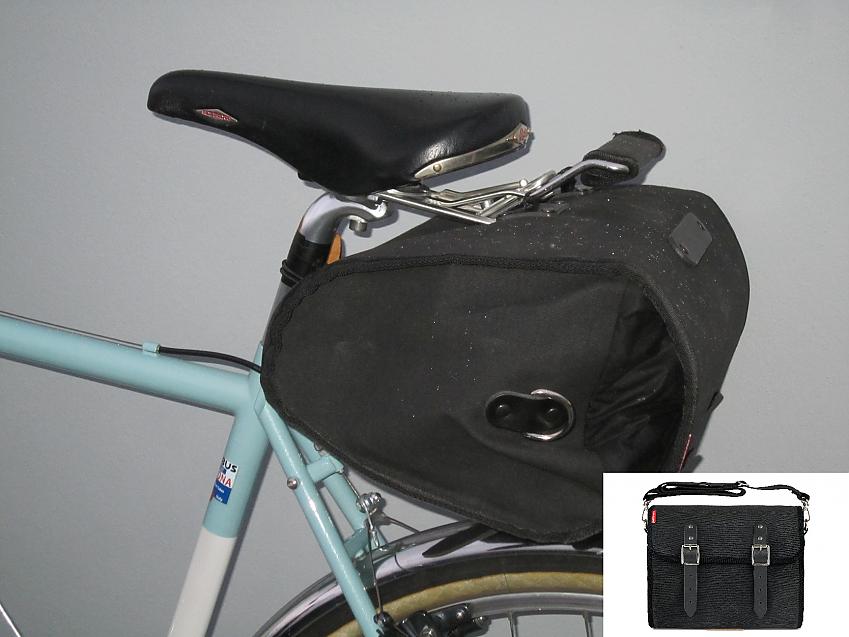 Made from water-repellent waxed cotton duck cloth, the Marvin uses its own dedicated quick-release attachment system. It’s sandwiched between the saddle rails and seatpost cradle, holds the bag securely, and allows it to be removed with a quick tug on the handle. The Marvin has a drawstring-cinched weatherproof neck under its top flap. It’s priced at  £219 at time of writing. Four colourways. Weight: 1.44kg.Capacity: 12L.

An elegant bag with ingenious attachment but very expensive. 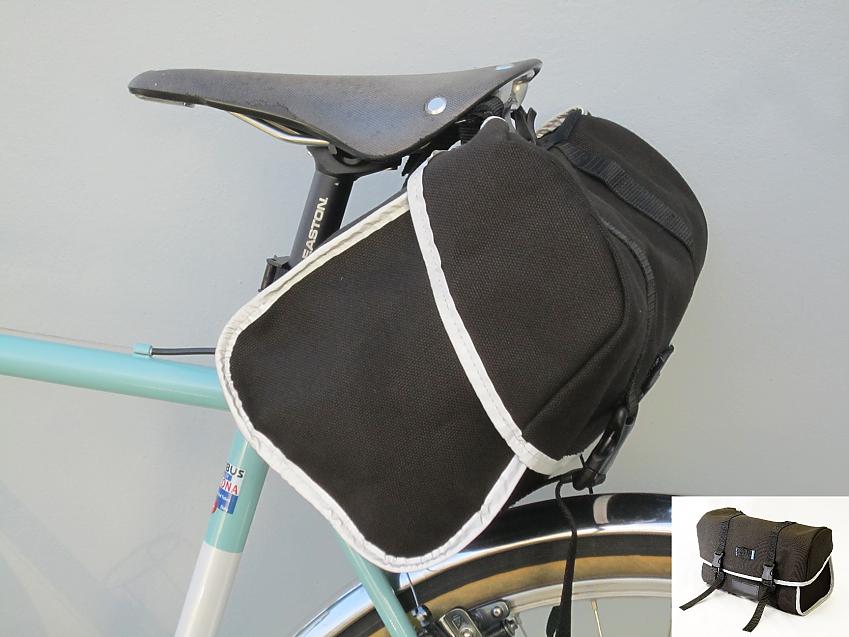 No-frills sturdiness. Available for £65 at time of writing.

Wizardworks Mini Shazam! £180 at the time of writing 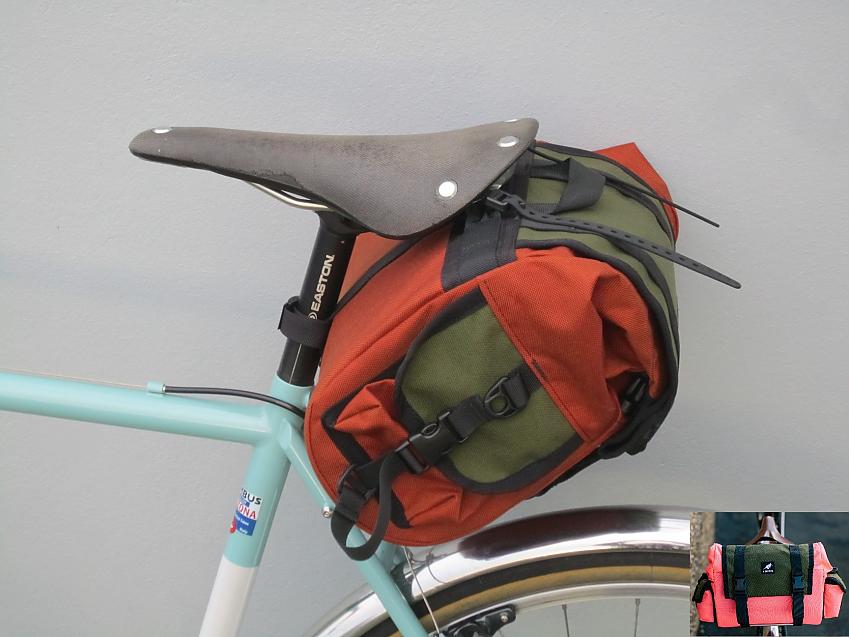 Packed with thoughtful detailing, the Mini Shazam! is given shape by a 1mm thick recycled plastic liner. It’s reinforced with an aluminium stiffener along the top panel. The exterior is available in various fabrics, including the Cordura used here. Attachment is via two rubber Voile straps. Optional accessories include a shoulder strap and packing pieces for handlebar attachment. Various colourways. Weight 680g. Capacity: 16L.

The Frost and Sekers bag is the least ‘traditional’ here and the one that can’t readily be placed anywhere but behind the saddle. Its clever attachment system works well but you pay a lot for that convenience.

The others are variations on the classic theme. The sturdy Canvasman offers few luxuries and unshowy looks but works well. The Mini Shazam! is more expensive but offers a pleasing alternative to the conventional saddlebag style, and it can more readily be mounted on the handlebar. The Carradice, meanwhile, is hugely capacious and ticks all the boxes. It surely stands as the very embodiment of the saddlebag aesthetic.

Details: What to look for

As ever, be aware that luggage tends to increase to fill the space available, and that a heavy saddlebag puts a significant bending load on the seatpost.

Water-resistant fabric and a top flap or drawstring-cinched neck help to keep out rain.

Don’t forget to include the weight of any attachment system used.