A Senedd full of pedalling politicians?

Cycle on the Senedd

A Senedd full of pedalling politicians?

The candidates are saying that they support cycling, but will they deliver if elected?

Just one week to go until I hop on my bike, head to the polling station and vote. As so much of this campaign – as with everything else – has been online, I’m taking the opportunity to get out and do something in real life.

I think we’ve had a great campaign so far, but in these last few days we need to reach as many candidates as possible to ensure they know that our ambition to create a Wales where cycling is for everyone is widely supported, and that if they get elected we want them to work with us to make cycling a realistic choice for many more people in Wales.

Has your candidate made the pledge?

Our manifesto highlights what we think needs to be done by the next Welsh Government to ensure that our vision of a Wales where cycling is for everyone can become a reality. The manifesto has been well received by supporters and candidates across Wales, and echoes what many others are saying. The commitment to a Clean Air Act, a default 20mph in built up areas, and the need to continue investing in active travel are some of things that politicians agree with us on.

However, we need some firm commitments, some target setting, and greater ambition if more people are to be able to cycle for pleasure and for everyday short journeys.

What are we asking for?

We need real and long-term investment both for infrastructure, and to support people to overcome barriers that they may face; cycle training and behaviour change programmes must be adequately funded if people of all ages are to feel confident getting about by bike. The return on investment will be significant in terms of people’s health and wellbeing alone.

It’s also high time that we got on and delivered in Wales. Having worked in this sector for a good few years now, I share many people's frustrations at the pace of change when we have so much legislation and policy intent to be proud of.

I was part of the stakeholder group that helped with some of the ground work for the Active Travel Act – that was over eight years ago, and whilst we see small pockets of success, we are a long way from even having a vision of a comprehensive active travel network across the towns and cities of Wales.

In 2015, I was involved in our Trails for Wales campaign with Open MTB, following which, the Welsh Government promised access reform that would see people on bikes able to enjoy much more of the countryside than is currently permissible. 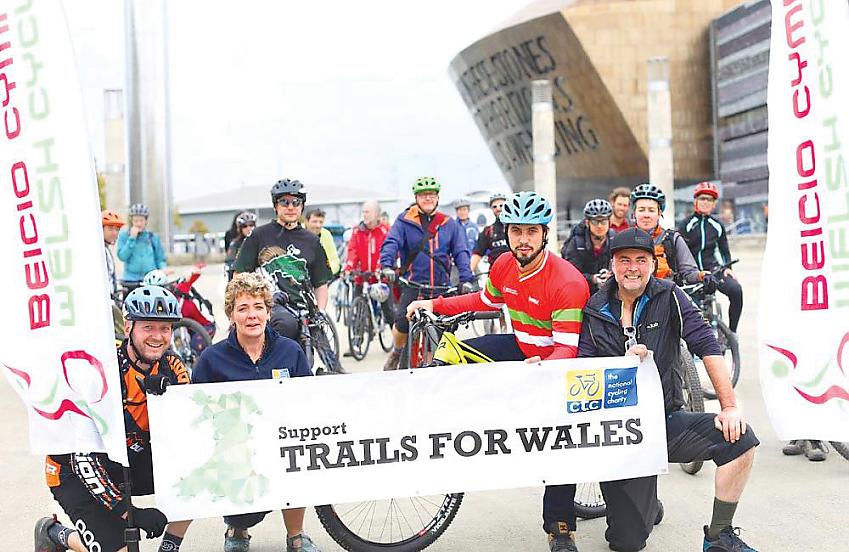 We’re still waiting for this much-needed change, and while it’s not detailed in any manifesto, I was pleased to get a commitment to move forward "at speed" from three of the parties when I questioned the delays at the BMC Cymru hustings earlier this week.

With family and friends across Wales I visit who don't have access to a car, I know how badly things need to change if we are to enable more people to travel sustainably. Access to the outdoors by bike needs to part of an integrated sustainable transport system. If we open up the countryside and create better links between communities, I have little doubt that we will start to see the value of cycling to the rural and tourism economy, as well as to people’s wellbeing.

Support for active travel in Wales is much less party political than some other topics. The Cross Party Active Travel Act Group on which I and many others sit, managed to agree a manifesto, largely down to the determination and expertise of the group secretary, it has to be said.

The Active Travel hustings we hosted with Living Streets saw little disagreement between the candidates, but the party manifestos are not as strong as we might like – we know that the next Welsh Government will be faced with other demands on its time and budget.

In these last few days, can you help get as many candidates as possible to pledge their commitment to investment and delivery across Wales. Politicians need to know that people across Wales want to see sufficient money spent on active travel to make a difference, for change to be delivered without further delay. Only then will we create a Wales where cycling is for everyone.

Has your candidate pledged?

Next Welsh Government must move up the gears and support active travel, says Cycling UK View