Cyclists set off to celebrate a greener Birmingham

Cyclists get together to cycle for a greener Birmingham

The Greener Birmingham Coalition consists of more than 30 organisations and individuals working together to protect and enhance the city’s green spaces.

On Sunday 10 September as part of Birmingham Heritage Week, they got together to celebrate the city’s natural heritage by asking local people to join for a walk or bike ride to City Centre Gardens for a community picnic.

Five of Cycling UK’s Community Cycle Clubs put on led rides for the event and former Cycling UK Chair,  Dr David Cox, gave a talk about the benefits cycling, it’s benefit to the environment and how Cycling UK is working across the country to help get more people riding their bikes. 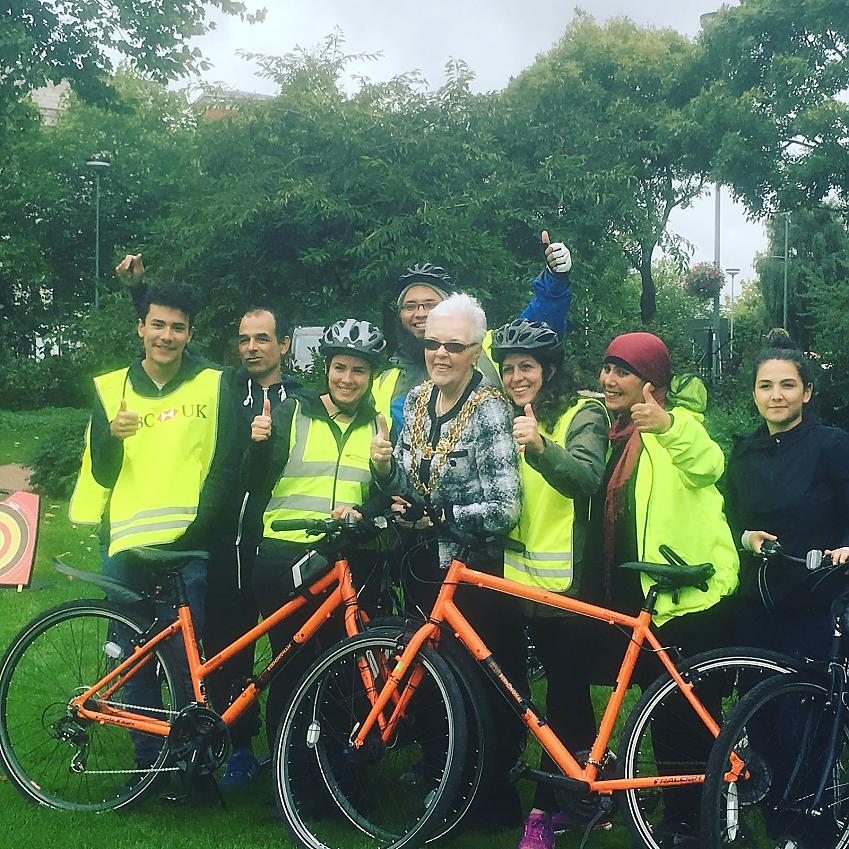 Presently up to 900 deaths a year are linked to air pollution in Birmingham and this was a great event to address this issue. Many people attended, including Implementation Director of the West Midlands Mental Health Commission, Sean Russell from West Midlands Police, the Lord Mayor of Birmingham and other local councillors and representatives for Birmingham.

The bike rides wove through the city and past some of the lesser known places to recognise the community’s unsung heroes who voluntarily take care of parks, wild spaces, canals and woodlands. Despite the chilly weather everyone really enjoyed the cycle around the city. The event was opened by the Lord Mayor of Birmingham and the Big Lunch Picnic was much appreciated after the mornings exercise.

At the event, it was announced that Birmingham City Council are giving away over 2000 orange bikes for free, in an effort to get more people cycling, here is how you can apply.

Cycling provision is more than a proposition in Birmingham, it’s a matter of social justice View

Cycling to the Christmas market View
Cycling UK continues to support the UK to cycle
This remains true during this difficult period with the ongoing threat of coronavirus Covid-19
Read our latest advice on cycling
Join Cycling UK to help us change lives and communities through cycling
Membership gives you peace of mind insurance, discounts in cycle shops, rides & routes
Join now