The byelaws governing access in Dartmoor National Park are being reviewed and there’s just a week left to have your say and help change them. Cycling UK’s off-road policy adviser Kieran Foster sets out the case to bring access for cycling in line with other activities

Punishing straying off the path sounds an odd thing to do in a National Park which is supposed to promote ‘public enjoyment’ of the area – but that’s the situation we still find ourselves in with Dartmoor.

As the National Park approaches its 70th anniversary on 30 October, the byelaws governing public access to the land are currently being reviewed. This review provides an opportunity to call for a more reasonable and evidence-based approach to access for cycling. Cycling UK will be responding to the consultation and we’re urging you to do the same, especially if you ride on Dartmoor.

“No person shall without reasonable excuse drive, ride or propel any mechanically propelled vehicle or any pedal propelled vehicle on any part of the Access Land other than on a highway where there is a right of way for that class of vehicle.”

This offers a minor rewording, but is essentially a continuation of the byelaw introduced by the National Park Authority in 2001 at the behest of the commoners due to ‘concerns’ over the growth of mountain biking and its potential impact on the moor. Cycling UK (then CTC) opposed this at the time, and 20 years later it appears we are back in the same place for the byelaw review.

It’s never really been put forward with any form of evidenced discussion on what that impact was supposed to have been, and with 20 years to monitor and analyse that impact there appears to still be a complete lack of evidence of what the impact on the special features of the National Park from mountain biking are.

I’m sure at some point we’ll hear the words ‘erosion’ and ‘disturbance’ bandied about… but the problem with that is that on Dartmoor, walkers and horse riders have a virtually unrestricted right of open access to the entirety of the common lands, and all the actual published evidence (neatly brought together by Natural England in an extensive commissioned report on the impact of public access) indicates that the impact of bikes is, in general, no worse than walkers or horse riders.

Of course, there are localised problems, but there are localised problems with high levels of use by walkers and horse riders too. In places like the Lake District, millions of pounds are spent repairing erosion and damage caused by walking, but nobody considers repealing the CROW act on the basis of this - instead things are managed through repairs and proportionate management intervention. Cycling UK's argument is that you have to look at the ‘differential' in impact between different groups in order to justify restricting one activity but not the others.

The fact that the Dartmoor Commons Act only gives a right of open access to walkers and horse riders is one thing - we think its unjustifiable, as it’s not founded on evidence - but even accepting that we don’t have a ‘right’ to ride there, it’s an obvious non-sequitur to conclude that that should then lead to the criminalisation of any and all cyclists who do choose to explore further than the patchy and disconnected bridleway network.

Imagine if everything you didn’t have a ‘right’ to do was criminalised in the same way? I hate to rely on a somewhat overused comparison, but isn’t this exactly what the ramblers tramped up Kinder Scout to demonstrate against? (Noting also that the new byelaw would have criminalised them for that as well, as it bans groups of more than fifty people from going for a walk together.)

The key issue here is one of proportionality. If the byelaws were targeted at those cycling in really sensitive areas, or punished reckless or intimidating behaviour, then we would say they were balanced and reasonable - but it doesn’t. It criminalises cycling even if riders are on well-surfaced Land Rover tracks used by National Park Rangers. That’s not proportionate, it’s absurd.

Cyclists have been lumped in with prohibitions on unauthorised motorbikes, four-wheel drives and other motorised vehicles - despite this issue already being covered by the criminal law, and despite the impact caused by these activities being of an entirely different order of magnitude.

Worse, the byelaw creates a blanket criminalisation of a healthy outdoor activity, the second most popular recreational outdoor activity after walking - and it criminalises it inside a National Park, the statutory purposes of which are:

It should be noted that these priorities are dual and of equal status. The National Park is expected to do both of these things, subject to the Sandford principle: that where irreconcilable conflicts exist between conservation and public enjoyment, then conservation interest should take priority.

We’ve seen no evidence of any such conflict, either historical or recent - and that is why Cycling UK feels that the continuation of the existing byelaw is unjustified and must be looked at again

Recent caselaw (Stubbs vs LDNPA) confirms that this only applies where an irreconcilable conflict, one that cannot be solved through management, exists. We’ve seen no evidence of any such conflict, either historical or recent - and that is why Cycling UK feels that the continuation of the existing byelaw is unjustified and must be looked at again.

It was a founding principle of the National Parks movement that access to open space not only enhanced quality of life, but physical and mental wellbeing as well. This view is now being backed up by a wide range of qualitative and quantitative evidence, which tells us that spending time in the natural environment has huge potential in terms of improving physical and mental health, lowering blood pressure, increasing cardio‐vascular health and improving mood.

This, of course, also sits within the context of the Glover review - the report on national landscapes which highlighted restrictive laws which include favouring walking over other uses, and recommended (proposal sixteen):

"...The existing law and its application excludes many different user groups entirely, or favours walking on foot. We do not seek to undermine those rights; indeed we want to see walking further supported by national landscapes taking on rights of way management and the National Landscapes Service supporting National Trails. It feels wrong that many parts of our most beautiful places are off‐limits to horse riders, water users, cavers, wild campers and so on. We hope that as part of the government’s commitment to connect more people with nature, it will look seriously at whether the levels of open access we have in our most special places are adequate."

Cycling UK believes that the byelaw as currently proposed flies in the face of the Glover review recommendations, and directly contradicts the National Park’s legal duty to promote opportunities for the understanding and enjoyment of the special qualities of the National Park by the public.

There are other areas of the country with similar byelaws that prohibit cycling – in some places better justified than others for a variety of reasons.

However, in the case of Dartmoor, we think that it flies in the face of stated government policy and the proposals in the Glover review, due to:

In the course of the next week, Cycling will finalise and submit our own formal response to the consultation - and hopefully you’ll find the points we’ve made above useful in drafting your own response.

The consultation closes on 1 November

Your response will be most effective if you write in your own words and add your own experiences or local knowledge, and why the issue matters to you.

Here are some key points you could base your response around: 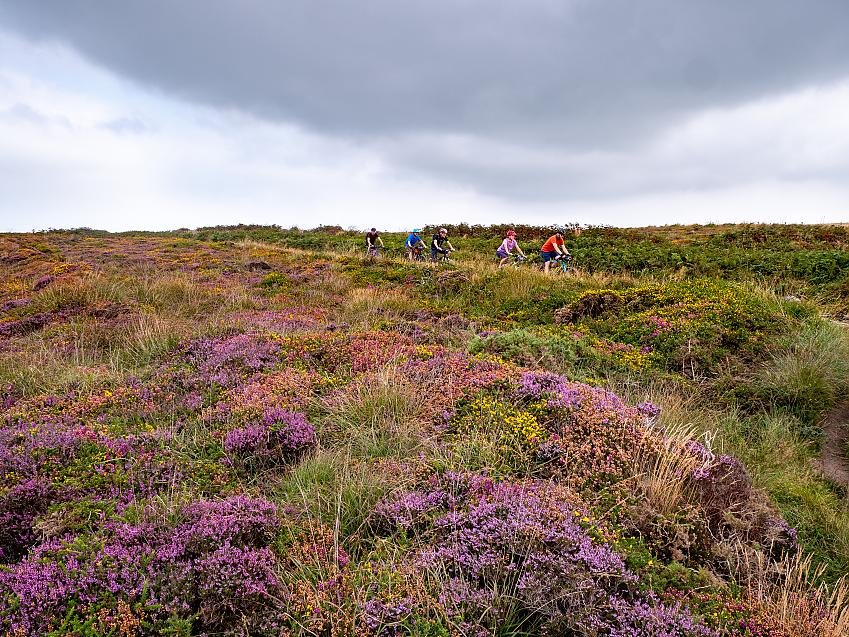 Want to get more involved with campaigning for off-road access?

Travellers' Tales: Summit to do View