Check your 'privilege': can a school ban cycling?

Cycling to school can be great for the whole family
By Keir Gallagher
Thursday, 26 September 2019

Check your 'privilege': can a school ban cycling?

An Ipswich high school has become the latest threatening to remove the "privilege" of cycling to school. Campaigns officer Keir Gallagher gives his thoughts on the ban and the language surrounding it.

It’s that time of year again; the leaves are turning and the weather’s unpredictable – autumn is in the air. And, right on cue, a headteacher has once again launched the new school year with a threat to ban pupils from cycling to school.

It’s almost a year to the day that Stanley Park High threatened to make bicycle number plates compulsory and now, Copleston High School in Ipswich has warned that it will "remove the privilege of students being able to cycle to school", if pupils do not follow cycling rules. 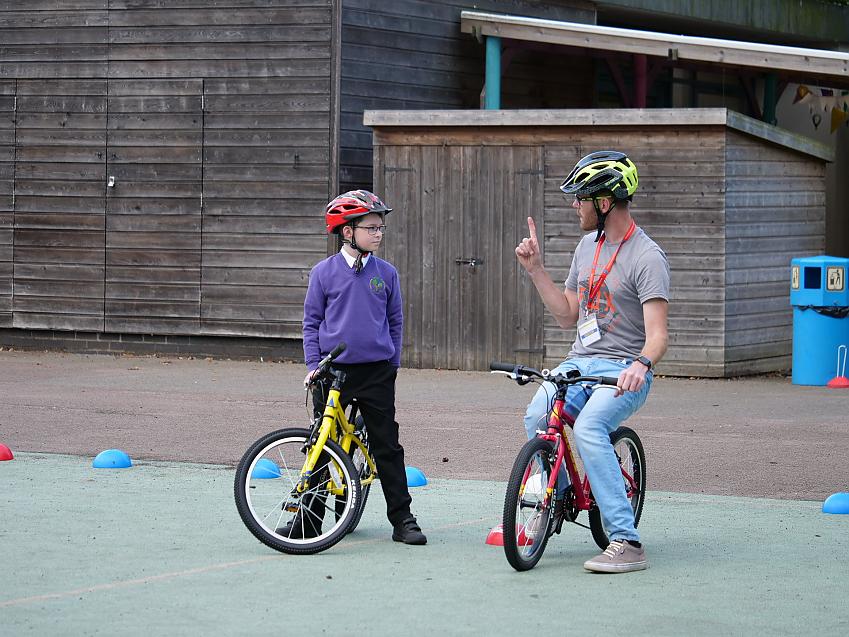 The timing couldn’t have been more ironic: last Friday, school students worldwide staged an historical, millions-strong protest demanding action on the climate emergency, while World Car Free Day was celebrated across the globe two days later. To top it all off, this week, 23 to 27 September is, believe it or not, Bike to School Week 2019.

But forget the child obesity crisis, the pollution choking our children and our planet, and the tragic reality that road traffic collisions are the world’s biggest killer of children and young people - apparently a small minority of children were pulling wheelies, hence the threat that “the behaviour of a few might be harming this privilege for the many”

We’ve been here before, and there’s no need to go through the arguments in detail yet again or highlight  the huge potential for cycling to school to kick start a lifelong adoption of active travel .

But in this case, it’s not just the threatened bike ban itself which irked me, but also the language which accompanied it - the suggestion that ability to cycle to school is a “privilege” afforded by a school to pupils.

A privilege or a right?

On the one hand, this headteacher is simply factually incorrect: schools cannot dictate how pupils make their commute. But, what’s more, the assertion that choosing cycling is a privilege is potentially insulting, both to those pupils who do cycle to school, and to anyone who chooses to cycle to work or as a form of transport.

Is it really a 'privilege' to brave wind and rain, dodging potholes and struggling with poor infrastructure designed primarily for cars?

Is it a 'privilege' to use a vehicle which costs much less than a car and encourages road sense and independence for young people, while also freeing up parents’ valuable time?

Is it a 'privilege' that the average regular cycling commuter suffers a ‘very scary’ near miss every single week?

And, is it really a 'privilege' to do all this while simultaneously opting for a form of transport which keeps us fit, is greener and cleaner than any other, which is efficient in terms of road space and which poses very little danger to other road users and reduces pressure on the NHS?

I think you’ll guess where I’m going with this. We all need to get to school and to work, and as things stand today many people do absolutely need to use their car for certain journeys. However, so long as we see cars as the default option and cycling as a “privilege”, this isn’t going to change - and change has to start in our schools. 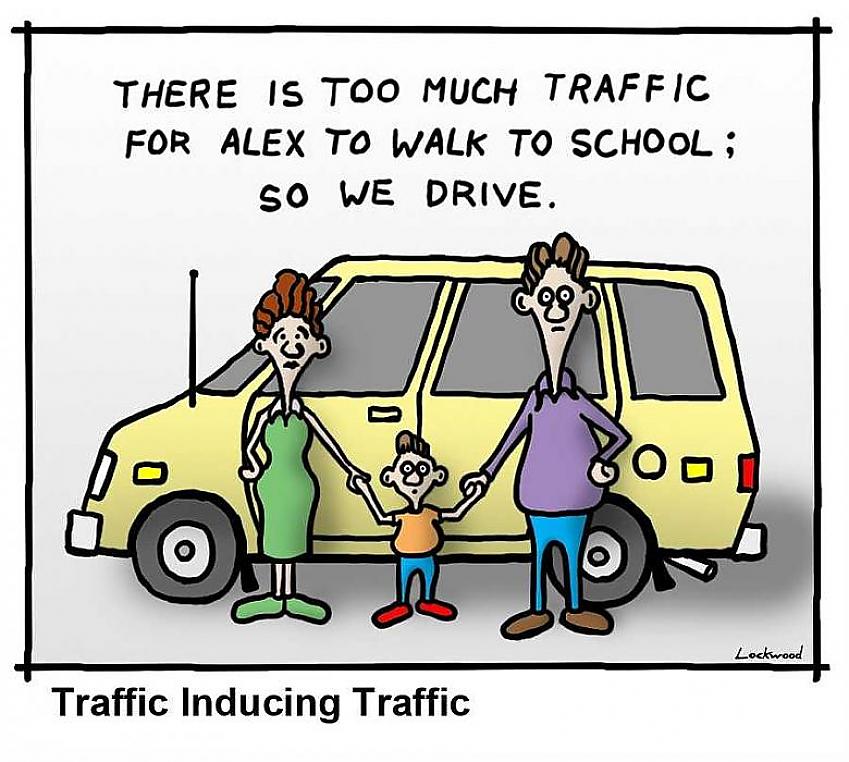 Yet while the headteacher accepted that most pupils ride safely, he was nonetheless happy to warn that “the behaviour of a few might be harming this privilege for the many”. Something tells me a similar threat to ban driving children to school wouldn’t be forthcoming if a minority of parents parked on double yellow lines when dropping off their kids. Just imagine the outrage.

At the end of the day, what’s needed is positive collaboration between schools, pupils, parents, and the local authority.

So, here we are once again – time will tell how things pan out, it’d wouldn’t be the first time a threatened bike ban wasn’t followed through: I’m glad to see the headteacher has already begun to backtrack, telling the BBC he has no intention to introduce a blanket ban.

At the end of the day, what’s needed is positive collaboration between schools, pupils, parents, and the local authority more widely, because the sad reality is that there is another sense in which cycling to school certainly is a privilege in the UK, with so many pupils still without safe, traffic-free routes to school, cycle training, access to a cycle or the necessary encouragement from parents and teachers.

In that context at least, the school is right – it is a privilege to be able to cycle to school, but instead of something schools can or should try to take away, they should instead, alongside local authorities and Government, be doing everything within their power to expand that privilege to every single pupil in the country, so that its a privilege no more.

No. Schools can't dictate how pupils get to and from school. However, they can refuse to let students lock cycles on school grounds.

In England, under sections 89 and 90 of the Education and Inspections Act 2006, schools may only  impose rules and disciplinary penalties to regulate pupils’ conduct off the school premises to the extent that this is ‘reasonable’. A blanket ban on cycling to school would not be seen as reasonable, given that it is not illegal for children to cycle, while plenty of schools positively encourage it.”

My school wants to ban cycling - what should I do?

We've produced a useful guide on how to encourage cycling at schools with anti-cycling policies, as well as a draft letter you can use to get you started.

What positive steps can schools take to promote safe cycling?

Take a look at our briefing on cycle friendly schools and colleges, covering issues such as School Travel Plans, barriers to cycling and involving the local authority.