Win a signed copy of The Greatest: The Times and Life of Beryl Burton

Win a signed copy of The Greatest: The Times and Life of Beryl Burton

Your chance to win a signed copy of William Fotheringham’s book The Greatest: The Times and Life of Beryl Burton in our exclusive interview with the author himself

What motivated you to write your book?

Part of it was that there was no proper biography about Burton, clearly one of the greats of bike racing, and I wanted to fill that space. Maxine Peake’s play had shown it was a story that drew people, so that gave me some confidence.

There was some unfinished business too. In 2016 I co-authored Lizzie Deignan’s book, which we both specifically intended to be an inspirational work that would draw women into the sport. Steadfast is a good book, but we got diverted by other issues, so I wanted to build on what we were trying to do there.

Role models and their stories are important, and there aren’t enough of them for women in cycling because the history of women’s bike racing has barely been documented

William Fotheringham, author, The Greatest: The Times and Life of Beryl Burton

Role models and their stories are important, and there aren’t enough of them for women in cycling because the history of women’s bike racing has barely been documented – I’d point to Isobel Best’s Queens of Pain as a rare exception. This was a very small first step to redressing that.

Finally, a friend of mine offered the chance to help me publish it myself, and that was a further reason, as when I proposed it to a publisher the response was not what I wanted. I had a point to prove there: to write it and make it a success.

What was the most surprising discovery for you when researching Beryl’s life?

The pervasiveness and pettiness of the sexism within cycling really hit me when I spoke to women who raced in Burton’s era.

Working on Lizzie Deignan’s book I got a good insight into how it feels now, but there’s a whole long sorry back story to where we are now that emerged as I wrote the book. It’s one thing to know the historical facts – the fight to get in the Olympic Games and so on – but the human stories are what hit home.

It’s quite something to talk to someone like Eileen Sheridan, who was an amazing athlete, and hear her saying that the one thing she truly missed was a rainbow jersey, because there were no world championships for women.

So too the grudging way in which the UCI began running the Worlds in 1958, the fact that countries would refuse to host women and no one would bang their fist and make them do it. And much more. 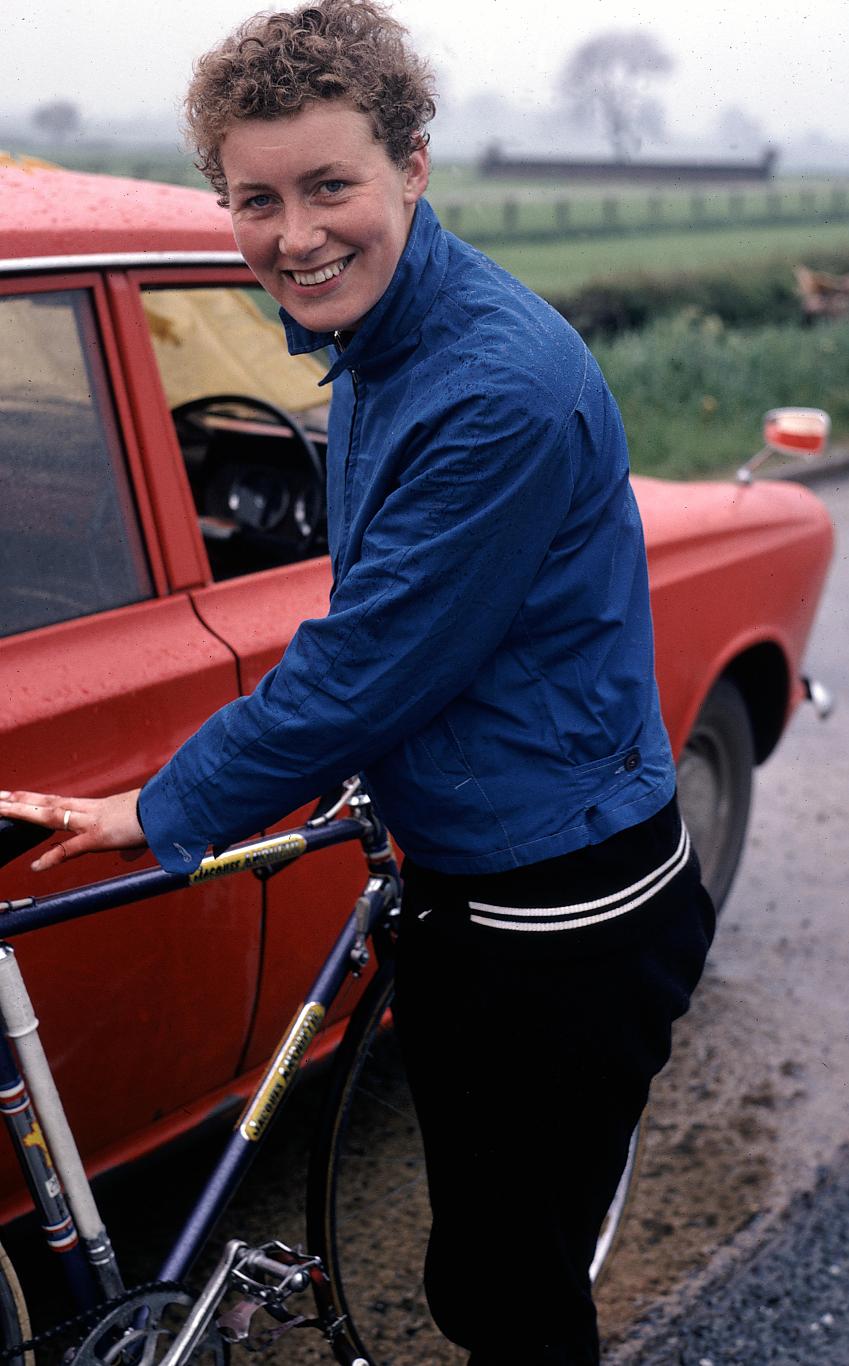 In your opinion, what made Beryl so unbeatable/such a force?

There were several sides to this. She was obsessive about winning; she was massively driven and competitive. She loved the adulation and the recognition, she truly wanted to make her mark.

A psychiatrist might say she spent her life trying to compensate for two early major life events: not passing the eleven-plus and falling seriously ill immediately afterwards.

Her obsession with success wasn’t entirely healthy for her physically or mentally, so there’s an important lesson to be drawn there.

How do you hope people will feel after reading this book?

I hope it will make them want to go and ride their bikes and hopefully compete in some area to see just how good they can be.

Clearly, there are very specific ways in which Burton’s story could be inspirational for women, but I think anyone who rides a bike can take important things from it – her love of being outdoors, of challenging herself physically, of valuing herself and of standing up for herself, of not taking no for an answer.

The only proviso I would attach is that you don't have to be as driven or as successful to get a hell of a lot out of your cycling.

You could win a signed copy of The Greatest – The Times and Life of Beryl Burton by telling us who the most inspirational female cyclist is to you. This could be a star, a professional, a coach, a club leader or a wonderful friend, it’s how they inspire you that counts.

The winner will be contacted 31 January 2021. Please note this competition is now closed.

If you don’t win this time, there is a special 15% discount for those who buy via Cycling UK. Simply enter the code Beryl15 at the checkout.

Bants, Bikes and Being Female View