Peter Branch took this photo of a cyclist on Mt Ventoux in 1985 but lost his details. He came from York and was called Critchlow or Critchley

Do you know this cyclist? A couple who took his photo while on holiday in France in 1985 are trying to track him down.

As Bike Week celebrates the way cycling can make a difference to our lives, Cycling UK needs your help to allow a Watford couple to keep a promise after 35 years. Peter Branch and his wife, Susan, got in touch with us after rediscovering the photograph above, which they took while on holiday in France in 1985.

"We were staying in a gîte in the Luberon and went to visit Mont Ventoux on a family day out," Peter says. They stopped to look at the Tom Simpson memorial – erected to mark the spot where the British Tour de France racer died in 1967 – when a lone cyclist arrived. "He explained that he was visiting from England and had not got a camera with him. Could I take a picture and send it to him?

"I agreed, took the photograph and he gave us his address. But when we got back to England the piece of paper with his address had been lost.  All we could remember was that he came from York and was called Critchlow – or possibly Critchley.

"I made a number of attempts to trace him, but communication was not so easy in those days. The trail went cold and I forgot about it." 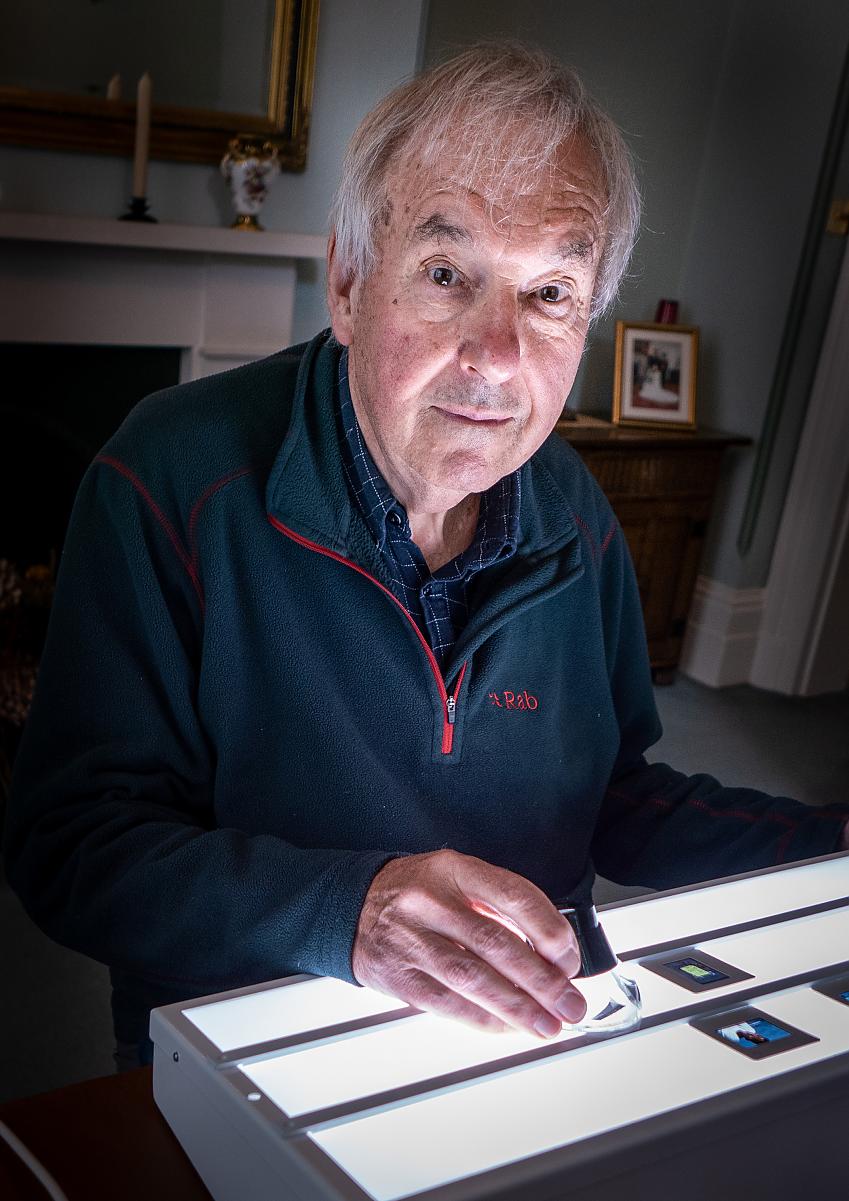 Being there clearly meant a lot to him and I felt bad about letting him down. It would be wonderful if at long last he were able to receive a copy of the photograph

With plenty of time on his hands during lockdown, Peter, a keen photographer who worked for Kodak for 40 years before retiring in 2000, has been sorting through his old pictures and came across the box of slides. When he found the photos from Mont Ventoux, he remembered the promise he had been unable to keep.

"Being there clearly meant a lot to him and I felt bad about letting him down. So I have scanned the slide and hope that your members might be able to help identify him. It would be wonderful if at long last he were able to receive a copy of the photograph."

At the time, the family did not have a particular interest in cycling: "Our reason for going to Mt Ventoux was almost certainly geographical," Peter says. "Susan worked as a geography teacher." However, both the couple's children, Rebecca and David, went on to become keen cyclists.

"David became very enthusiastic and prided himself on having beaten teams from several Dutch cycling clubs to the top of L’Alpe d’Huez – we were the support crew! Rebecca and her husband are mountain bike enthusiasts, and toured Ethiopia on their bicycles for their honeymoon."

After having his picture taken, the cyclist continued up the hill and Peter snapped one more photograph (below). Checking Susan's diaries, the couple were able to pinpoint the date as Saturday 17 August 1985. Thirty-five years later, can you help to find him?

Do you recognise the mystery cyclist? Email publicity@cyclinguk.org

As cycling doubles, Bike Week celebrates health and wellbeing View
You too can champion cycling in the UK
Give your support today to help Cycling UK’s charitable work tomorrow. We double every pound you give through other sources to help change lives and communities through cycling.
Volunteer now
Cycling UK continues to support the UK to cycle
This remains true during this difficult period with the ongoing threat of coronavirus Covid-19
Read our latest advice on cycling
Join Cycling UK to help us change lives and communities through cycling
Membership gives you peace of mind insurance, discounts in cycle shops, rides & routes
Join now