25-year-old Ruth Quigley hadn’t been on a bike since primary school and was scared of the roads. Thanks to confidence-building cycling classes from the Inverclyde Bothy, she’s now loving the freedom of travelling on two wheels.

“It’s very freeing, it’s a lot faster than walking but you’re still in control. I love my bike! When you’re on it, you just don’t want to get off.”

Ruth hasn’t looked back since building her cycling confidence, but a year ago riding a bike hadn’t even crossed her mind.

“Cycling was never really on my mind before,” she explains. “I’ve always wanted to try and exercise but running made me angry!”

It was an encounter at work that first grabbed Ruth’s interest. Cairn Café, where she works in the picturesque village of Kilmacolm, signed up to the Inverclyde Bothy’s Cyclist Friendly Café scheme in spring 2019.

They were provided with a range of equipment to help people on bikes and could take part in schemes encouraging cyclists to visit their local bike-friendly cafes. 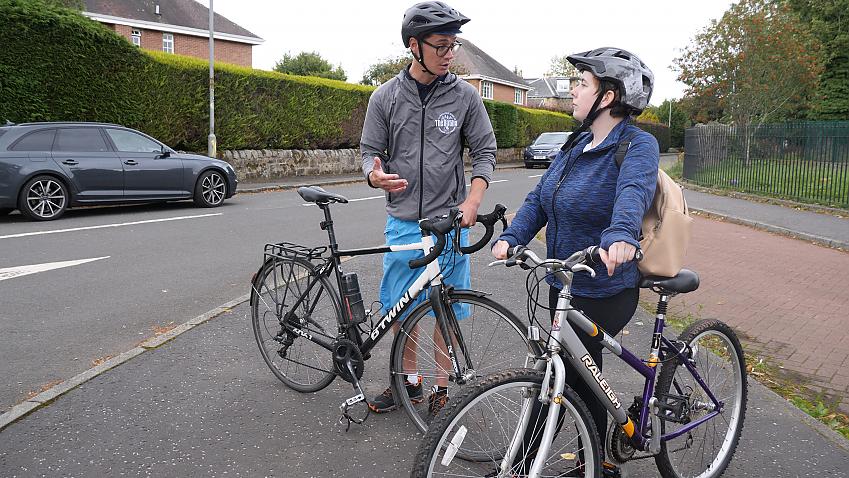 “Because of the nearby cycle paths, loads of cyclists come through,” Ruth explains. “We have the equipment available – a pump, bike locks, tools.”

She got chatting to the Inverclyde Bothy’s development officer at the time, Josh Wood, and found out about the opportunity to get a refurbished bicycle and confidence-building cycling classes.

Ruth was able to get a bike thanks to local organisation Community Tracks, one of the many community organisations the Bothy works closely with. She was soon signed up to a series of one-to-one classes with Bothy cycling instructor Keith Fergus.

I love my bike! When you’re on it, you just don’t want to get off.

“The last time I rode a bike was in primary school, well over 10 years ago,” said Ruth. “I was a bit nervous at first. I was always on pavements, before the course I’d never tried to cycle on roads.”

The sessions are tailored to each individual, so Ruth’s first class was entirely on traffic-free cycle paths. “He took me along cycle paths first, to get used to signalling and things like that. It was great, it was good fun. The difference [in confidence] was crazy!”

Keith was soon convinced that Ruth had the skills to ride on quiet roads, and although she took a bit of coaxing, her confidence soon grew. Ruth admitted, “That was scary. But he was behind me, telling me what to do. It made me feel good because it was another step forward.

“He was very patient and kind with me. He made you confident in what you were doing, it was very positive feedback that you’d get. It clicked really quickly.” 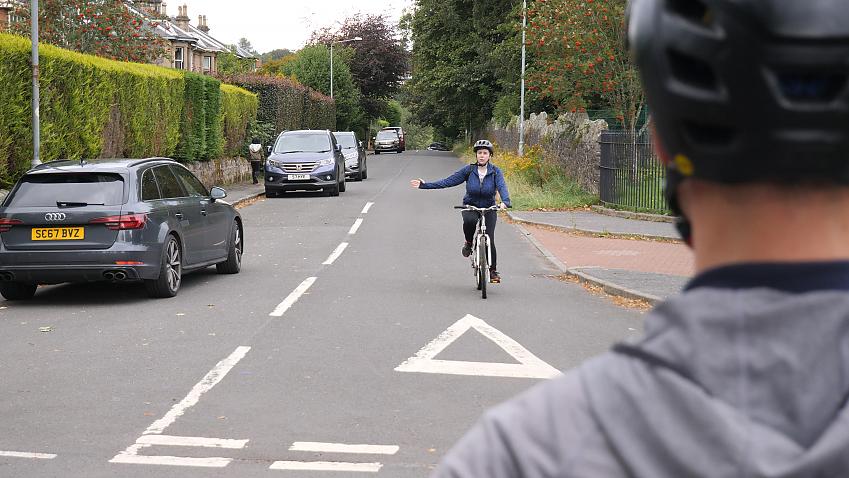 “I use it to keep fit. It’s really serene, the places that you can get to when you’re not in a car. The landscape is just gorgeous, you’ve got nice blue skies, hills, sheep and cows all around you.”

As well as taking her to new places, cycling has been great for Ruth’s health too. “It makes you feel good because you’re exercising, you’re doing a good thing for your body.” 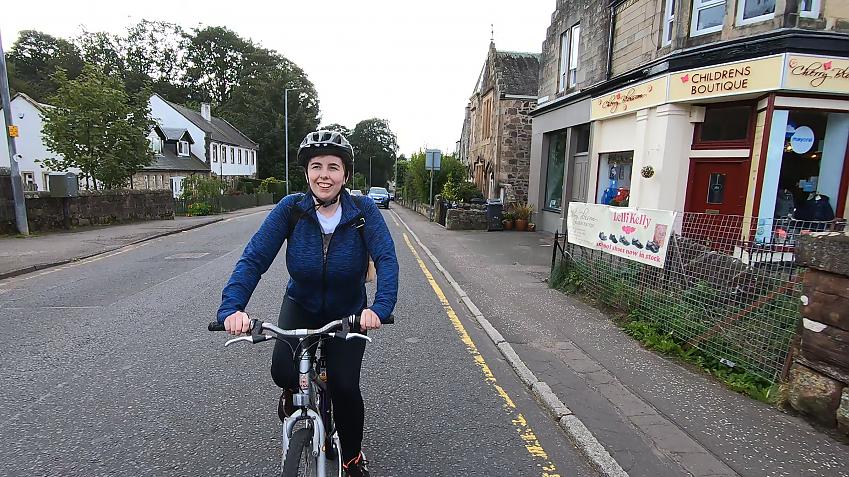 Cycling with a smile!

From being terrified of riding on roads just a year ago, Ruth now gets a thrill from cycling at speed.

“The speed you’re going, especially when you’re going as fast as you can, it’s really nice. I enjoy it! Sometimes the bike just feels a part of you, flying along, this is me.”

She now has her sights set on using her new-found freedom to visit places further afield with a group of friends.

“I’d love to be able to go further. We’re all probably going to go up to the Trossachs and explore places up there which you otherwise wouldn’t be able to.”