In this review of Continental's Contact Plus Tyre, Technical Editor for Cycle magazine, Richard Hallett looks at one of the German tyre manufacturer's puncture resistant tyres.

If there's one time when reliability takes precedence over speed and comfort, it is surely at the start of a rural commute in midwinter, an hour after dusk over mudwashed roads littered with hedge trimmings. At such a moment, the reassuring grip and outstanding puncture resistance offered by Continental’s Contact Plus more than outweigh the performance deficit from the tyre’s stolid ride and substantial weight.

Available with wire (non-folding) bead and black tread/sidewall only, the Contact Plus is said by the manufacturer to offer up to 30% greater puncture protection than its direct competitors. In any case, it would seem that few sharp objects commonly encountered on the road have much hope of penetrating the ‘Safety Plus’ layer, which combines with Continental’s SafetySystem Breaker to form an ‘extremely puncture and cut-resistant’ casing suitable for use in e-bikes. A few days’ riding was enough to reveal imperviousness to newly-cut blackthorn, hawthorn, and other thorny sticks, along with exceptional traction and directional control on muddy tarmac.

Looking at the tread pattern, it’s not hard to see why. An updated version of one of the German firm’s most popular touring tread patterns, it has wide but shallow sharp-edged blocks extending to the tyre’s full width, with a closer-spaced strip, which creates some vibration at certain speeds, along the centre. It’s a tread for a wide range of conditions including muddy canal towpaths, if not one for fast rolling on tarmac. It even worked well on early morning frosted roads, although black ice might be a different matter.

Against this imperturbable reliability must be set the tyre’s weight. The 27.5×1.5in (42- 584) example tested is a hefty 880g per tyre, with the heaviest model, a 26×1.75in (47- 559) brute weighing 950g. Add an innertube and that’s over 1kg per wheel. The inevitable result is hard work both on climbs and on the flat, since there’s a lot of material to deform as the tyre rolls. Potential users will see this as par for the course when it comes to tyres that prioritise puncture resistance over rolling resistance. Those who favour faster rubber might, like me, be pleasantly surprised by the sensation of cycling free of anxiety in forbidding riding conditions – once accustomed to the new performance envelope. 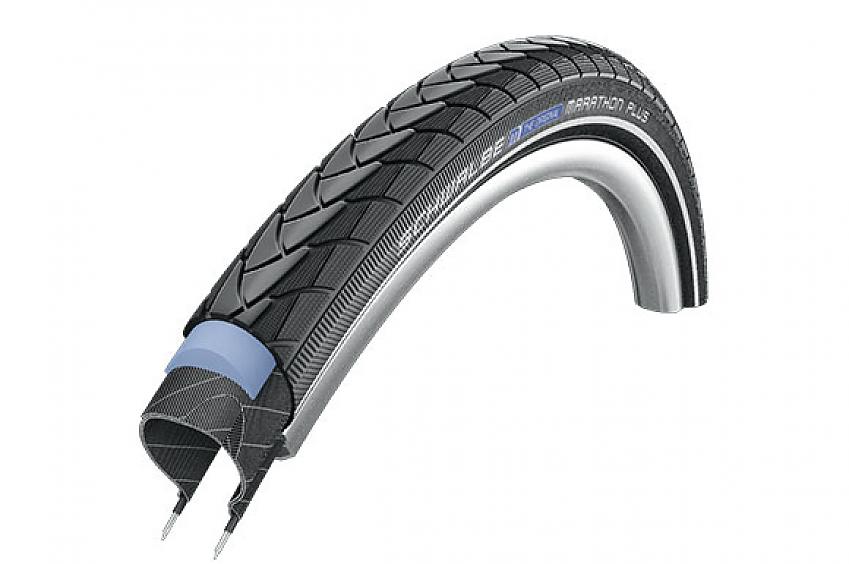 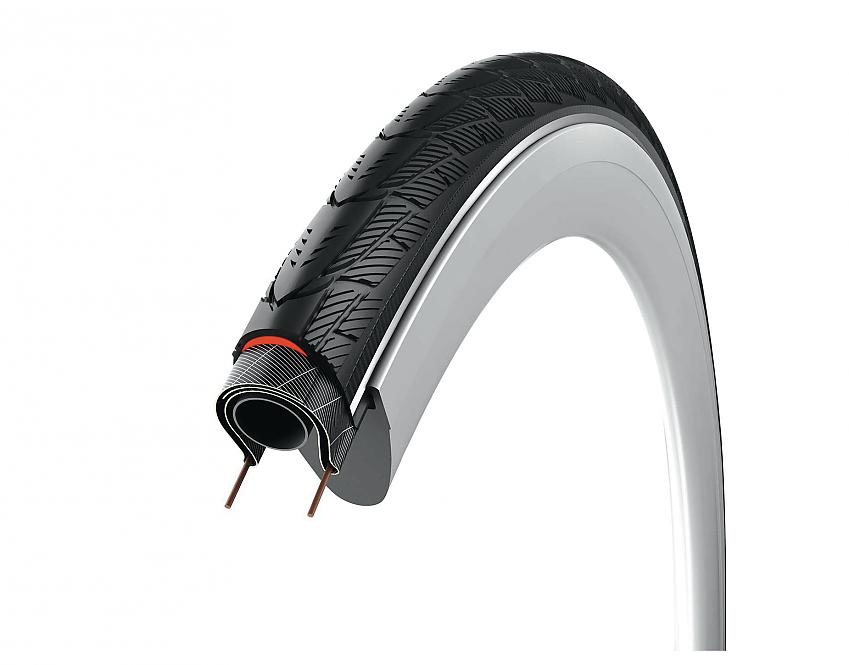