Punctures, exhaustion and ice: Edinburgh to Copenhagen by cargo bike

Punctures, exhaustion and ice: Edinburgh to Copenhagen by cargo bike

Four women pedalled 1,000km between Boxing Day and New Year’s Eve 2019 in order to highlight the climate crisis. Now back in the UK, the intrepid cyclists reflect on the peaks and troughs of their incredible journey 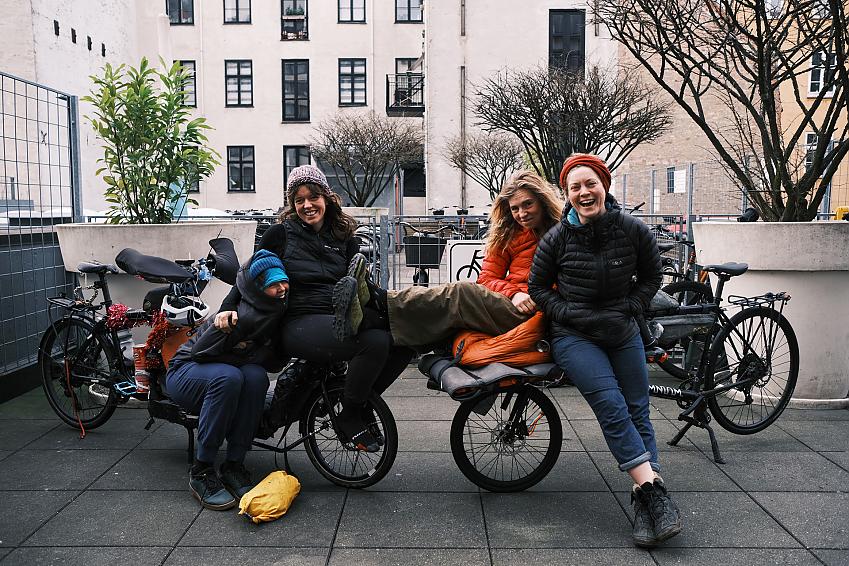 The women were inspired to take on the formidable challenge in a bid to highlight the climate emergency and the importance of sustainable travel.

They took turns on two cargo bikes – with one partner resting in the front of the bike while the other pedalled. The group only stopped for a couple of hours per day. 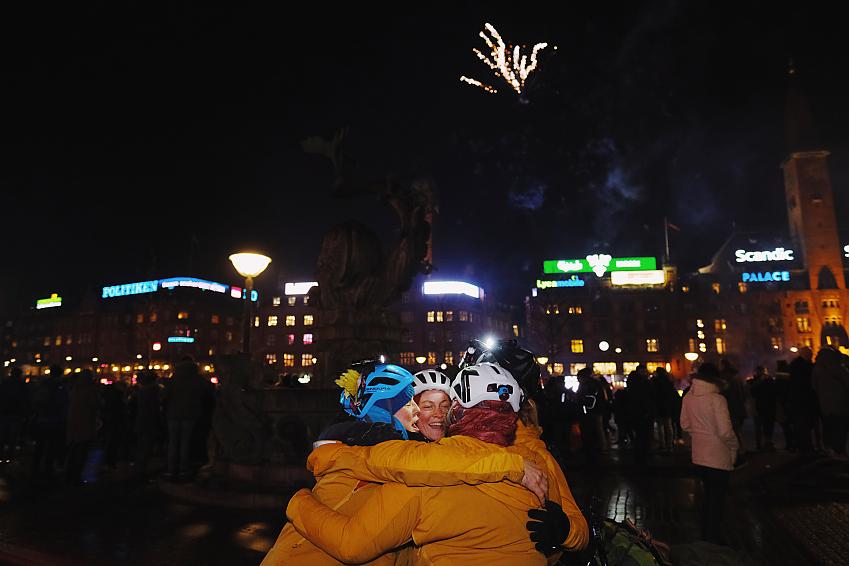 One hour to midnight

They were over the moon to reach Copenhagen at 11pm on New Year’s Eve, finishing the 1,000km Resolution Race just in the nick of time.

“Entering Copenhagen was like riding into a war zone; fireworks being set off on every corner,” Lee Craigie said. “So surreal and exciting! That first pint when we arrived was the best thing I’ve ever tasted.”

The riders left Edinburgh at 9am on Boxing Day on the Sustrans National Cycling Network (NCN), following NCN Route 1 around the coast to Tynemouth.

They then crossed the North Sea by ferry to the Hook of Holland, before travelling up through Germany to Denmark. 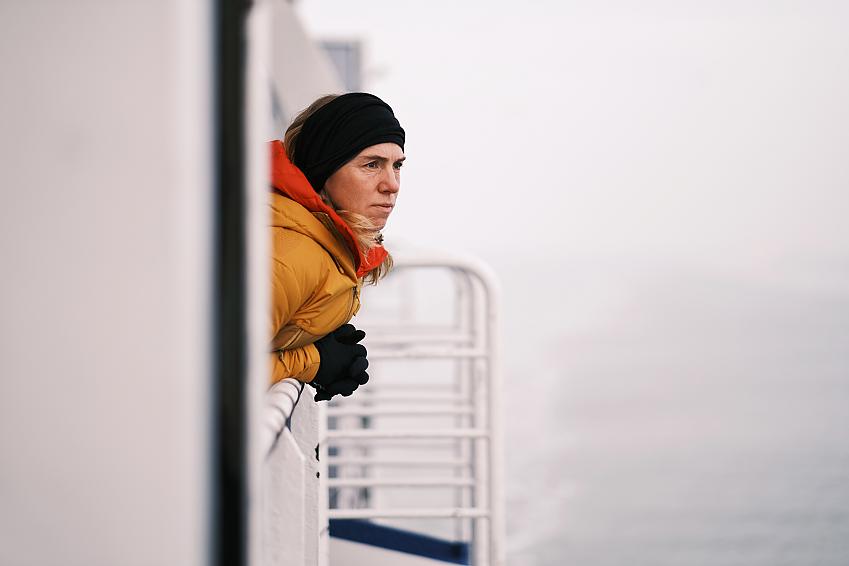 “We were all out of our comfort zones on this one,” Alice Lemkes explained. “We’re so used to operating as individuals, packing the bare minimum and feeling in control of our autonomy to eat, sleep and ride when we choose.” 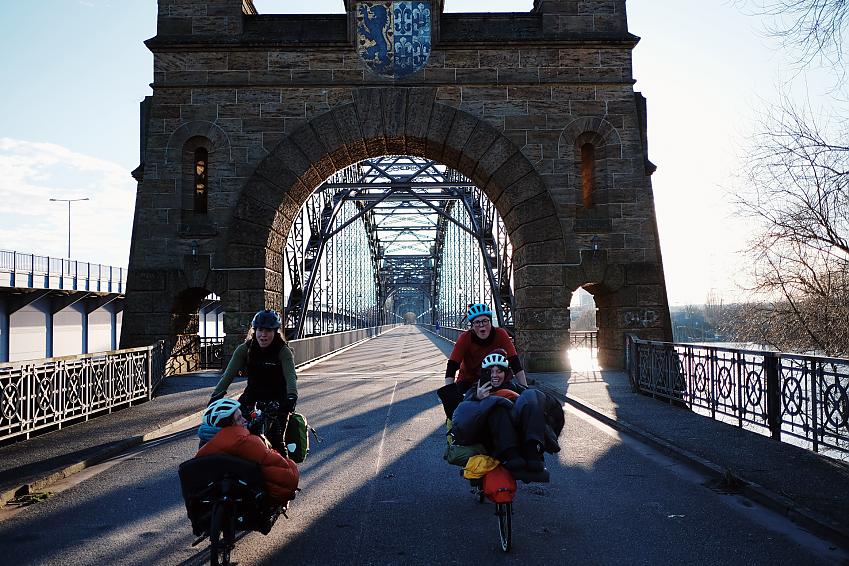 No sleep till Copenhagen?

Sleeping in the cargo bikes was one of the biggest challenges that the riders faced. In order to reach Copenhagen before the new year, the women had to pedal almost non-stop from start to finish.

This meant getting as much shut eye as possible while sitting in the front of the bike. “It takes a lot of trust to encase yourself in sleeping bags and sit precariously on a moving ledge with all ability to physically manipulate your situation taken away from you,” Alice said.

The riders also faced a few bumps along the way – one of which led to a puncture just 23km outside Copenhagen. “One bike hit a kerb at high speed, sending both rider and passenger flying and ripping the front tyre badly,” Lee explained. “Bruised and battered we didn’t even pause. We got the sewing needle and dental floss out and repaired the tyre as best we could.” 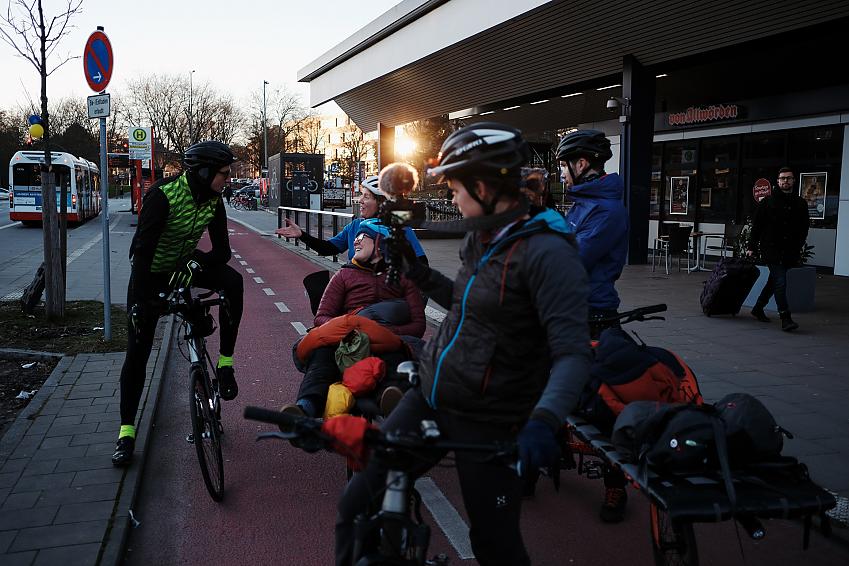 Lee dreamt up the challenge while visiting Copenhagen, where 41% of all journeys are completed on two wheels. “The Resolution Race brought the global challenge we’re all facing with our climate into sharp relief,” she said. “It’s so easy to become despondent and apathetic about the tiny changes we make to the way we move about and consume things.

“But we discovered during this challenge that there is value in the doing. The way you feel in that moment when you’re making that change or taking that chance: liberated, focused and energised.” 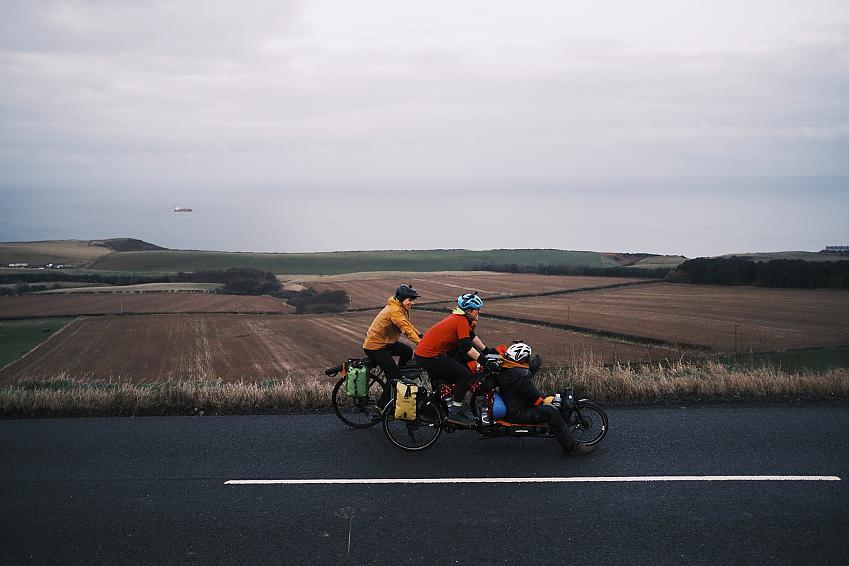 The Adventure Syndicate completed the challenge thanks to teamwork and camaraderie.

“The idea of what is possible to achieve as a group of people who are able to let go of their own self-interest for just long enough to see the bigger picture is a great lesson for life,” Lee explained.

“By having to take a chance full of the possibility of failure, rely on each other, compromise, trust and dig deep emotionally and physically we found that not only was the challenge possible, but it was actually fun!”

Alice agreed that despite the difficult conditions, support and friendship was what kept them going. “We are all inextricably connected to one another and the only way to make change, to achieve the seemingly impossible, to endure the difficulties and rise to global challenges is to realise this – and to work together,” she added.

“To cherish mutual care, to trust and be bold, together. Turns out that attempting the seemingly impossible can be quite good fun, too!”