Need some inspiration as to why you should be incorporating a bike ride into your day? The Miracle Pill by Peter Walker combines the facts and research that backs up why being active is so beneficial to our overall health.

The book explores how the sort of everyday physical activity which has been an integral part of human life for millennia has, over the past few decades, all-but disappeared for many milliions of people, and the consequences this brings, not least for their health. The extract is from a chapter outlining how the built environment in which we live can often make routine exertion more difficult, particularly active travel, and the amazing benefits that come if people are able to
walk or cycling regularly.

This is an extract from The Miracle Pill: Why A Sedentary World Is Getting It All Wrong, by Peter Walker.

One thing is clear: if someone is to meet the universally recommended 150 minutes of moderate exertion a week as part of their routine life, rather than formal exercise, then both practicality and the mechanics of energy expenditure dictate that a good proportion of it will come from time spent outside the home. And for many people, a significant proportion of this will involve active travel, whether walking or cycling.

A study into the activity levels of various home tasks done manually or by machine found that washing dishes by hand, something that many people still do now, burns up around 110 calories per hour. In contrast, a hypothetical brief walk to a job uses about double that, while stair climbing goes beyond 250 calories an hour. The study didn’t include cycling, but if I take the estimated calorie count from my borrowed wrist-worn fitness tracker, the near- twenty-minute ride from my home to my temporary writing base – some of which is, admittedly, up a relatively steep hill – involves an outflow of just under 180 calories. We are suddenly over 500 calories an hour. That is a lot of energy expended.

Active travel has another advantage. It is the very definition of incidental activity, that concept so beloved of public health advocates, where movement becomes a part of life which is happening anyway. When I cycle for transport, the calories burned and other associated health boosts are hugely welcome. But they’re not the main reason I do it. I cycle around a city because it is reliable, rapid and has the happy ability to deliver me to my destination within a minute or so of when I expected, often with a smile on my face.

It’s worth immediately stressing that whether or not they are a secondary concern, the health dividends of active travel can be enormous. In earlier chapters we saw the many benefits of walking, particularly at a brisk pace. This remains true when people do it for everyday transport. One UK study from 2017, using data from the huge and ongoing government-backed Biobank public health project, tracked more than 250,000 people across the country over five years. When other variables were factored out, it found that people who walked to work had almost a 30 per cent lower chance of suffering from heart disease in that time.

That said, the benefits really start to multiply if you get on a bicycle. The same Biobank study concluded that those who commuted by bike had even lower odds of heart disease, with the risks cut by 50 per cent. The cyclists also saw the same reduction in risk for cancer, and had an overall 40 per cent lower chance of dying during the study period. In contrast, for people who commuted by foot, there was no measurable benefit with cancer or overall mortality rates.

You could spend a long time reading similar scientific paeans to the benefits of cycling. The reason why it appears to be so health-bringing is the fact that riding a bike almost invariably pushes you into the realm of moderate, or even vigorous, exertion.

You could spend a long time reading similar scientific paeans to the benefits of cycling. The reason why it appears to be so health-bringing is the fact that riding a bike almost invariably pushes you into the realm of moderate, or even vigorous, exertion. The threshold for moderate is a mere three METs (metabolic equivalents), and while the calculations for what constitutes such an effort on a bike varies between riders, it’s generally seen as pretty leisurely, even below 10mph. To reach the six METs needed for vigorous activity is not a huge amount faster, with some tables suggesting even as little as 12mph could do it. And if you suddenly find yourself sprinting for a green traffic light, or riding up a steep hill, the MET total is suddenly into ten or more.

Even if your bike-riding approach is notably sedate, you have to try fairly hard to not reach at least a moderate level, particularly when climbing any sort of incline. As one public health academic halfjoked to me, the difference between walking and cycling is that with the former, anyone can have a lazy day and stroll at about two METs, whereas if you went that slowly on a bike you would probably fall off.

To try to find out how strenuous a fairly regular cycle commute can be, I decided to enlist the help of a test subject: me. In non-coronavirus times, I make the three-and-a-half-mile trip between my south London home and Westminster maybe four or five times a week. No one would mistake this for sport or exercise. I use a heavy, practical bike, with hub gears and a huge basket at the front into which I can throw my bag.

Because my borrowed fitness watch only arrived after lockdown, the commute had to be replicated using what was then my government-sanctioned daily exercise. I tried to make it as accurate as possible, riding at a pace that didn’t make me overly sweaty, even putting my work bag in the basket. The watch has built-in GPS and so measured the distance and speed, as well as tracking my heart rate over both journeys. The results were illuminating, not least in highlighting the point about how useful a cycle commute is for getting you somewhere roughly when you expect it. The outward trip ended up taking me seventeen minutes and twenty-two seconds. The return was quicker – by precisely three seconds. That’s predictability.

In terms of health benefits, the heart rate data indicated I spent pretty much all the journey exerting myself moderately or vigorously. The watch, made by the US firm Garmin, splits the efforts you make into five ‘zones’ based on your maximum heart rate. According to the company’s charts, even zone one indicates an exertion of between 50 per cent and 60 per cent of the maximum, which still officially counts as moderate. To be overly cautious I excluded my zone-one time, and took moderate activity to be zone two (60 per cent to 70 per cent of maximum), with vigorous as three or above. Even calculated like this the amounts stacked up gratifyingly. The there-and-back total was about five and a half minutes of moderate activity, and a bit over twenty-five minutes of vigorous exertion.

While the recommended minimum amount of moderate activity needed to maintain health is half an hour, five times a week, for vigorous effort this halves, to just fifteen minutes a day. My sample commute alone seemingly gives me almost two days’ worth. That’s not bad as an added extra for something I mainly do because it is reliable and fun.

More information on The Miracle Pill 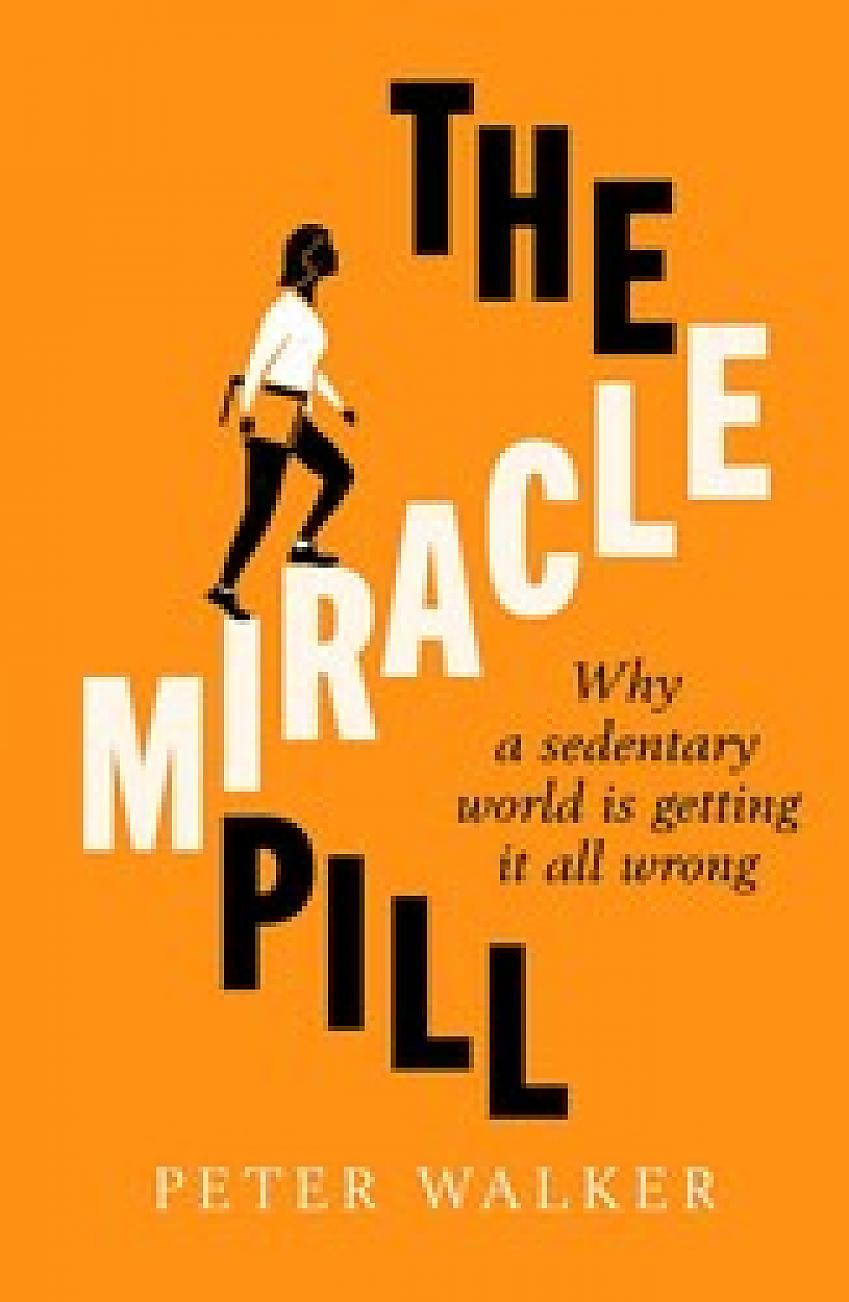 #7DaysofCycling View
Cycling UK continues to support the UK to cycle
This remains true during this difficult period with the ongoing threat of coronavirus Covid-19
Read our latest advice on cycling
Join Cycling UK to help us change lives and communities through cycling
Membership gives you peace of mind insurance, discounts in cycle shops, rides & routes
Join now