More than two years after the National Landscapes review, the government has finally published its proposals for how to transform England’s National Parks and Areas of Outstanding Natural Beauty. There is so much potential for widening off-road access and making rural roads safer and more welcoming – but it won’t happen without your help

Stunning views, a sense of escape, fascinating natural and cultural heritage… there are many reasons why National Parks and Areas of Outstanding Natural Beauty (AONBs) are special to so many of us. From the rugged tors of Dartmoor or the iconic peaks of the Lake District to the tranquil waterways of the Norfolk Broads, each has its own unique character and can be experienced in different ways.

But for too many people, England’s protected landscapes can feel unwelcoming, or difficult to explore by bike.

It’s an issue that was highlighted in the 2019 National Landscapes review, with lead author Julian Glover commenting, “...there seems little logic across the country to the nature of rights of way at the moment. Cumbria and Shropshire are rich in bridlepaths. In some other places, almost all routes are only open to walkers, not horse riders or cyclists. As rural roads become busier and more dangerous, it is all the more important that fair access is given to all.”

Things could be set to change. More than two years after that review, the government has finally published its response, with a set of proposals to make our protected landscapes “beautiful, nature-rich spaces that all parts of society can easily access and enjoy”.

While Cycling UK welcomes some of these proposals, they don’t add up to the kind of transformational change we had hoped for, to recapture the original vision from when National Parks were first created: that they should be for everyone.

However, there is still a chance to influence the changes, with a consultation taking place until the beginning of April.

If you care about ensuring that England’s most iconic landscapes are places that everyone can enjoy from the saddle, this is your chance to make that happen. We’ve put together a summary of our answers to help you write your own response.

We think there are three key opportunities here:

AONBs have one purpose: to conserve and enhance natural beauty.

The government has outlined an intention to strengthen both purposes – to focus on actively recovering and restoring nature rather than conserving what exists, and on improving and supporting access instead of just promoting opportunities. The second purpose should highlight the need to improve opportunities and remove barriers to access for all parts of society, and it should apply to AONBs as well as to National Parks.

This is quite exciting. We believe that it could be a significant change for public access being given greater priority and resources, particularly in AONBs – which are often closer to urban areas with large populations, and offer many opportunities for people to connect with nature and be active. 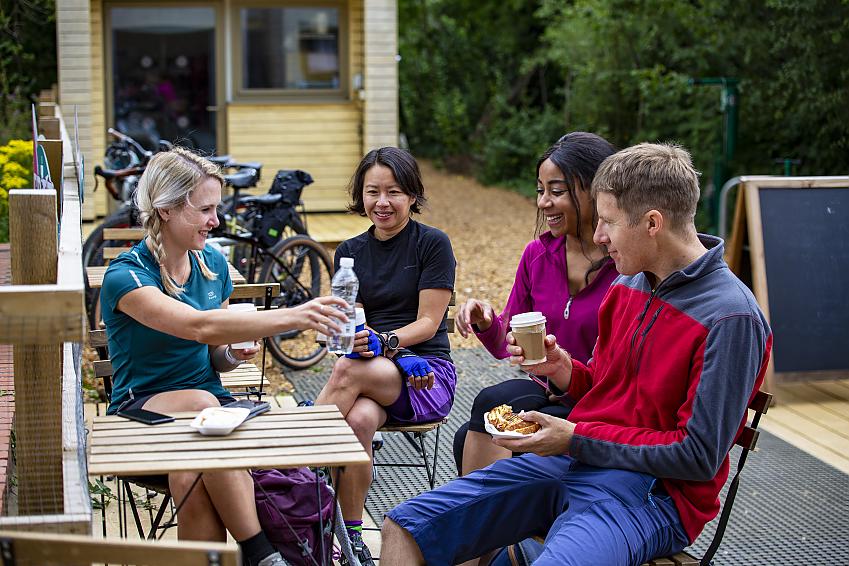 Reducing congestion and car dependency in national landscapes is hugely important for making cycling feel safer and more enjoyable. National Parks and AONBs are fantastic places for cycling, but too often routes can be cut off by fast and busy roads, which is a barrier for less confident cyclists.

Proposals to give National Park Authorities more powers to reduce speed limits and restrict traffic on some roads could make a big difference, making the roads safer both for cyclists and for residents of villages within the Parks.

Improving alternative transport options and cycling connections into and within national landscapes is also essential in light of findings by The Countryside Charity that England's National Parks and AONBs are out of reach for a third of people. 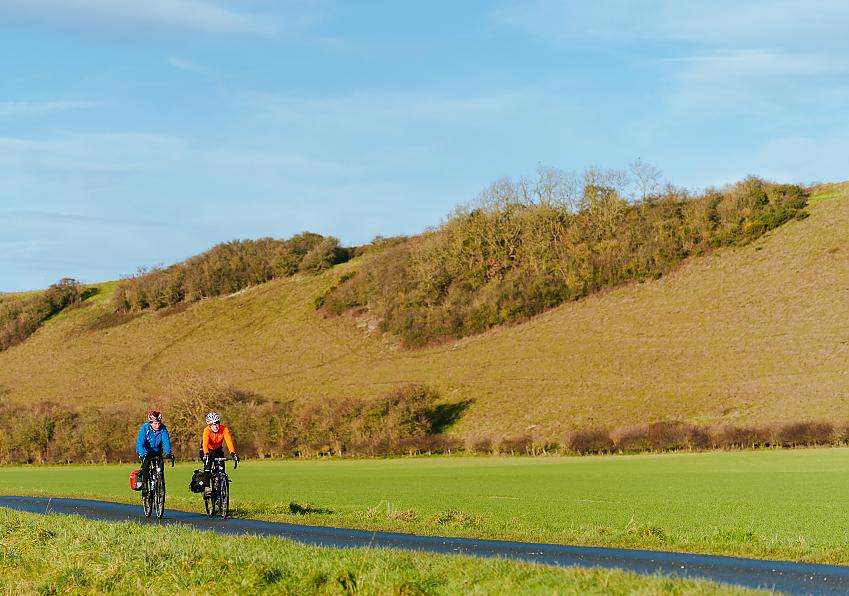 The good news is that the government has accepted in principle that there is a need to review open access land. This was supposed to happen in 2019-20, but has been pushed back to 2024-25.

We think this is too long a delay. Having stated the importance of connecting a more diverse range of people with our national landscapes, it’s illogical to postpone a review of access which could make it easier for more people to explore and enjoy them. We are pressing this point in our response, and encourage you to do the same. 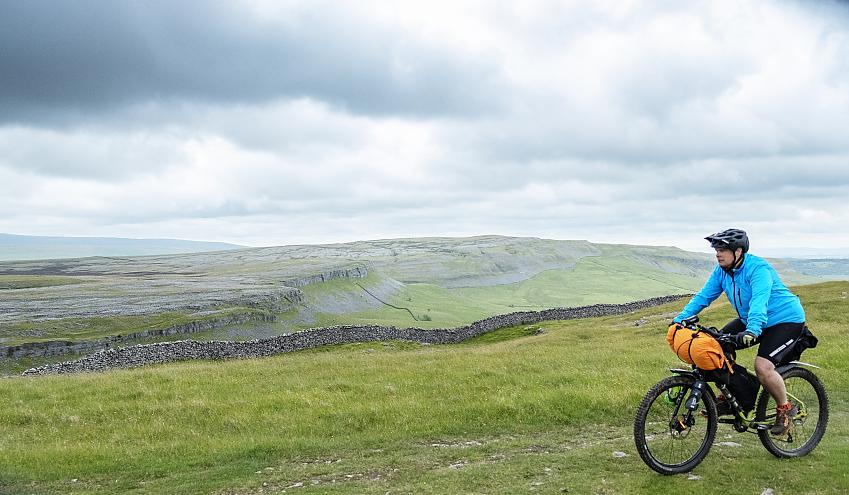 National Parks were envisaged as being for everyone, an important escape such that everyone should be able to enjoy fresh air, connect with nature and learn about the working countryside.

When introducing the National Parks and Access to the Countryside Bill to Parliament in 1949, the Minister for Town and Country Planning, Mr Lewis Silkin, said that these proposals were as important for the health and wellbeing of our communities as the newly formed national health service and social insurance. Politicians of the day, from all parties, saw improved opportunities for open-air recreation in the countryside as a vital part of their post-war ‘land fit for heroes’.

It's also important to understand that the government of the day viewed these parks as being for more than just walking. The Hobhouse report, on which the legislation was founded, commented that “there is perhaps a tendency to regard rambling as the only important recreation in National Parks. Yet there must be many who most enjoy wild country when its beauty forms the setting for other forms of sport and recreation”.

We’re proud that Cycling UK (then the Cyclists’ Touring Club) played a key role in the development of these new designations – alongside the Council for the Preservation of Rural England (now The Countryside Charity), the Commons, Open Spaces and Footpaths Preservation Society (now OSS) and the Ramblers’ Association.

Ensuring that National Parks are safe and accessible for all forms of cycling, both on and off-road, reaches deep into the heart of our organisational heritage. The opportunity for working class people to escape the factories and mills at the weekend to explore the countryside was a key element in the growth of cycling through the first half of the twentieth century.

It is because of this history that we welcome some of the government’s proposals, but urge them to go further, to rediscover the bold and ambitious visions put forward during the creation of the National Parks. 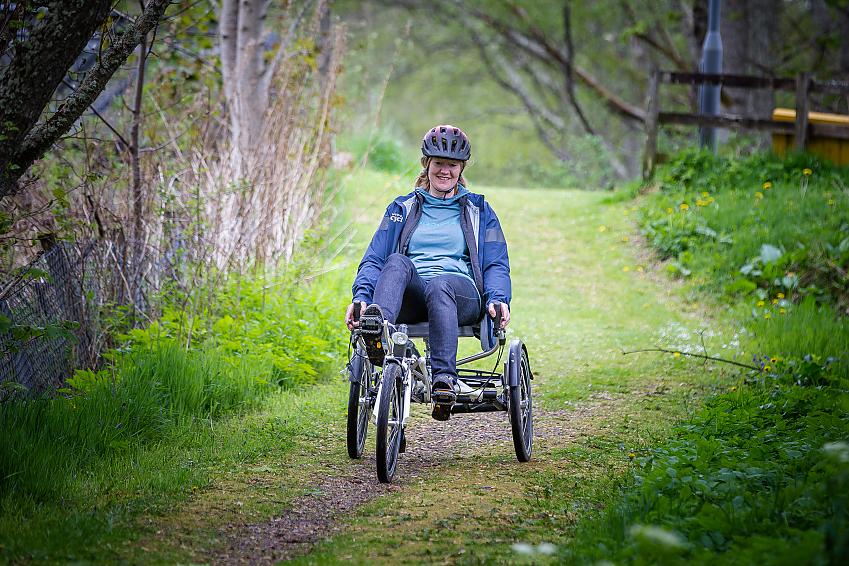 Bring that vision to life

If you share our vision for National Parks and AONBs which welcome everyone and all types of activities, we need you to get involved and submit a response to the consultation, to challenge the government to be bold and go further.

We’ve set out the key points from Cycling UK’s response to make it as easy as possible. If you want to add some extra detail, you can also take a look at our full response.

There are several ways you can respond. The simplest way is to send your views by email to the Department for Environment, Food and Rural Affairs, making it clear which questions you are referring to. Please also send a copy to Cycling UK's Campaigns team so we can keep track of responses.

There is also an online consultation form, which might take a bit longer as not all of the questions are relevant for recreational users.

However you do it, thank you for taking the time to make our National Parks and AONBs even more incredible to explore by bike.

If you want to get more involved in campaigning for more off-road access, safer roads or traffic-free routes where you live, join our Cycle Advocacy Network to connect with others taking action across the country and access resources, events and advice.

The Department for Environment, Food and Rural Affairs is consulting on their plans for National Parks and AONBs until 9 April.

If you share our vision for national landscapes which welcome everyone and all types of activities, we need you to get involved and submit a response to the consultation, to challenge the government to be bold and go further.

The simplest way to respond is to send your views by email to the Department for Environment, Food and Rural Affairs, making it clear which questions you are referring to.

Please also send a copy to Cycling UK's Campaigns team so we can keep track of responses.

There is also an online consultation form, which might take a bit longer as not all of the questions are relevant for recreational users.