Markus on the Highland Explorer
By Markus Stitz
Friday, 30 September 2022

Markus met Steven Groom for the first time at the Oban Sportive which he was organising with other members of North Argyll Cycling Club. Their paths have crossed many times since, riding the Oban Sportive; doing a blog for the maiden voyage of Scotrail’s Highland Explorer and staying together with Steven's family after a talk at Oban Distillery. For Markus, Steven is one of the many unsung heroes that make such amazing events like the Oban Sportive.

This loop takes you to a foaming whirlpool on Scotland’s west coast, with only a few off-road sections and good options to shop and eat halfway through

Britain’s cycling clubs are well-established institutions, which are gradually getting their teeth into gravel cycling too. Cycling clubs flourished in the nineteenth century, a time when there were no commercial cars available, and the principal mode of transportation was horse-drawn vehicles. Formed in 1878 and amongst the oldest was the Bicycle Touring Club; it later changed its name to the Cyclists' Touring Club and then to Cycling UK.

The success of those clubs depends, in recent and modern times, on the people that spent many hours as volunteers. Steven Groom is one of the many, often unsung, heroes of the British gravel scene. It’s almost impossible to find him without a grin on his face. Steven’s name is very closely connected with the North Argyll Cycle Club, a friendly and inclusive, interdisciplinary cycling club based in Oban.

The club runs group rides and organises time trials and APRs from spring to early autumn, when the weather on Scotland’s west coast is the most favourable for cycling. Steven is also heavily involved in the annual Oban Sportive cycling weekend (which includes the Ben Cruachan hill climb). It is the highlight of the busy events calendar of the cycling club, and perhaps the only sportive in Britain that starts and finishes at a distillery.

‘The facilities we have locally are fantastic: the scenery, and also the courses and terrain. There is always a new corner to find and look for.’

Jointly with other club members, Steven contributed a number of routes to the Rail&Trail website, which highlights a great variety of cycling routes that start from stations on the West Highland Railway Line. This railway line can easily boast to be Britain’s most cycle-friendly, as its trains carry up to 20 bikes at once.

‘There is nowhere special, because everywhere is special.’

Steven’s gravel cycling journey started with road cycling first, then mountain biking. He wanted to add another dimension to his cycling and was impressed by the versatility of gravel bikes. With such spectacular trails close to his home in Benderloch, it is no wonder that he is proud to call the west coast of Scotland his home. 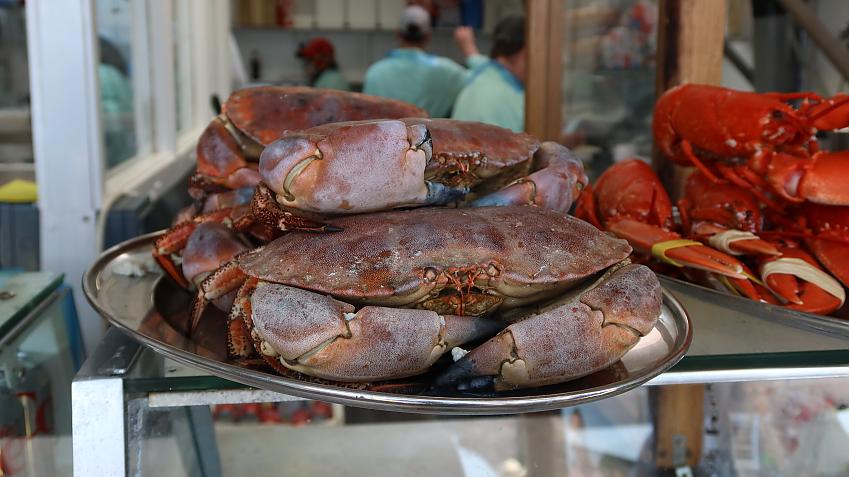 Steven’s route takes you across some of the most spectacular back roads around Oban. With the weather on the west coast best described as unpredictable, this loop is fairly sheltered and can be ridden in most weather conditions. It is also a great loop for new gravel cyclists that have made the transition from road cycling. The route doesn’t feature any technical sections, but it does have a fair number of climbs. If you want a great warm-up ride for the Oban Sportive, Steven’s favourite event, this loop is perfect, and leaves enough time to sample some delicious seafood afterwards. 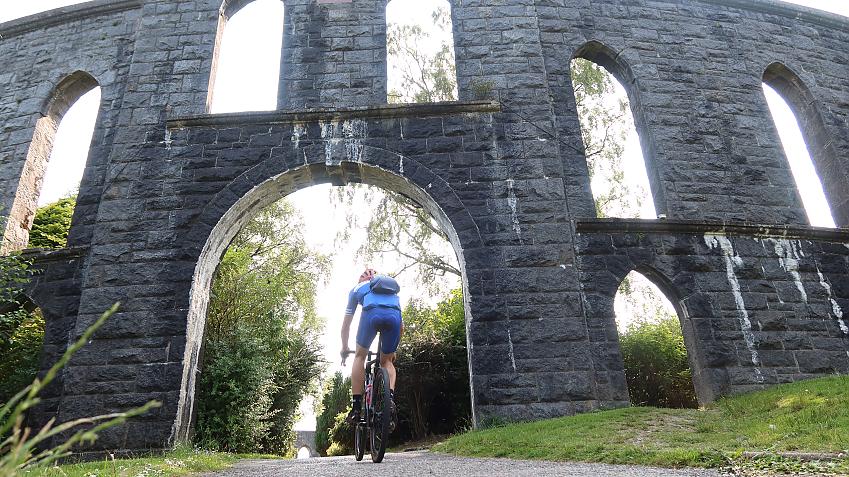 Oban, which sits on the shores of the Firth of Lorn, is best known as ‘Scotland's Seafood Capital’. However, it is not just the supreme seafood that attracts visitors from around the world to the town – it is also one of the best places in Scotland to take a bike to. This has become much easier recently with the introduction of ScotRail’s Highland Explorer trains, Britain’s first active travel carriages, which run from Glasgow to Oban. Each carriage has a total of 20 individual bike racks, as well as designated seating for 24 people. The racks are designed for bikes with tyres of up to 14 centimetres wide (when inflated), and can also accommodate some larger bikes, such as tandems.

Oban is also a busy port, with regular ferries to Barra, Coll, Colonsay, Mull, Lismore and Tiree, all operated by Calmac. Oban Distillery, which offers tours and tastings, was founded in 1794; the town grew around the distillery. The town hosts the annual Oban Sportive, one of the most scenic road cycling events in Britain. For something different, the waters around Oban and the Firth of Lorn offer awesome sea kayaking.

The route climbs gradually out of town on residential streets. At Glencruitten, the route leaves the Caledonia Way and the town to follow a small road parallel to the West Highland Railway Line. After a few private properties and a gate, the route travels on a small tarmac road, which at times becomes a gravel road, as it hasn’t been maintained. This is a beautiful ride with great views towards Ben Cruachan on a clear day; at 1,126 metres, this is the highest point in Argyll and Bute. The mountain also gives its name to the Cruachan Power Station, a pumped-storage hydroelectric power station; the turbines are located in a cavern inside the mountain. An annual hill climb event, run as part of the Oban Sportive weekend, runs on the closed roads that lead up to the Cruachan Reservoir.

There are some short, steep sections but, overall, this is a gentle ride. The route gradually descends towards Connel, a small village where the main road splits into the A828 (the coastal road to Glencoe) and the A85 (to Tyndrum), almost marking the halfway point of the route. Situated on the southern shore of Loch Etive, the most noticeable feature in the village is Connel Bridge, a large cantilever bridge that spans the Falls of Lora, a foaming maelstrom which is popular with adventurous kayakers and divers.

The Falls of Lora, which sit at the narrow entrance to Loch Etive, are also a stunning sight for tourists and photographers. They form on the ebb tide when the water level in the Firth of Lorn (to the west of the falls) drops below the water level in Loch Etive (to the east of the falls), making the water in Loch Etive pour out through the narrows. The currents and waves produced by the rising tide are also well worth seeing. There are always strong currents here, but the tidal range varies a lot, so sometimes they are really dramatic and at other times there isn’t much to see. The best place to witness this natural spectacle is from a viewpoint on the southern shore of Loch Etive.

Connel also has a railway station and places to eat. After a short section on the busy A85 and A828, where extra care is needed, the route follows a minor road, signposted as the Caledonia Way, which gradually climbs up to the top of Glen Lonan. The road dips in and out of some smaller stretches of woodland. Stopping and taking in the view towards the coast is highly recommended, and a detour into Glen Lonan, with a prehistoric cairn, standing stones and a Neolithic stone circle, is worthwhile.

At a crossroads the route follows the Caledonia Way towards Oban and reaches its highest point shortly afterwards. While this climb is steep, you’ll eventually be rewarded with a cracking descent towards Glencruitten. The last climb of the day leads to Battery Hill and McCaig’s Tower; this can be avoided by using the outward route to return to Oban if preferred. McCaig’s Tower, also known as McCaig's Folly, is a striking, listed structure overlooking the town. The tower has two tiers of lancet arches and a circumference of around 200 metres.

In the late nineteenth century, John Stuart McCaig, a philanthropic, wealthy banker, wanted to provide a permanent monument to his family along with supplying work for the local stonemasons during the quieter winter months. An admirer of Roman and Greek architecture, he had designed an elaborate structure, based on the Colosseum in Rome. His death in 1902 brought construction to a halt – only the outer walls had been completed. The structure dominates the Oban skyline; it is now a public garden with magnificent views out to sea at to the islands of Kerrera, Lismore and Mull.

From Battery Hill it’s all downhill back to the station, where the Green Shack is a favourite of locals and travellers alike to sample the finest seafood the west coast has to offer. 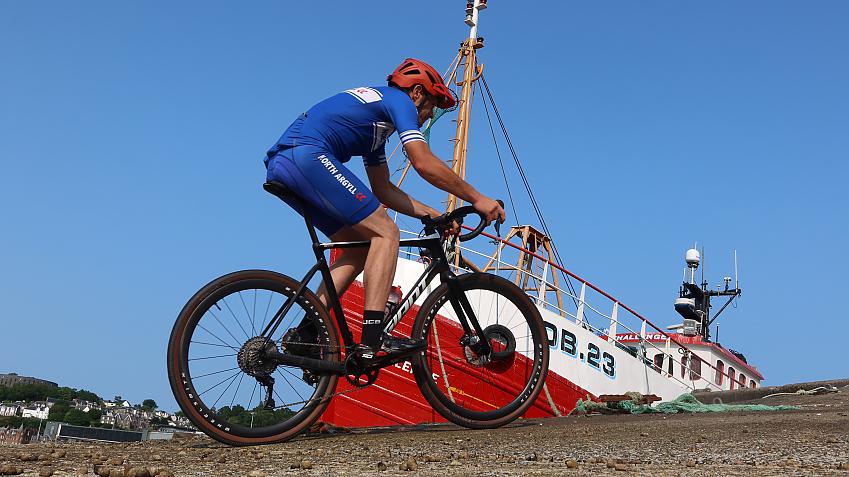 More information about Great British Gravel Rides can be found on greatbritishgravelrides.com or adventurebooks.com.

Use the code CYCLINGUK to get a 10% discount when you order a signed copy directly from Markus (£25 including postage in the UK).

Bike-friendly public transport: At the start

Best time to ride: All year