Cycling UK is pleased to announce that three more of our outstanding volunteers have been presented with Certificates of Appreciation to acknowledge their incredible contribution to our mission to enable millions more people to cycle.

First up was Pat Harrow of CTC Tayside, who received her certificate back in October after retiring after more than two decades as Secretary of the Cycling UK Member Group, which is based in the beautiful countryside around Dundee in Scotland.

Pat said: "I could ride a bike but did not have a bike as an adult until our son was 18 months old. Then it was not practical for my husband Ron to cycle to work in London so I bought a shopping bike and child seat. From there, we began cycling with the local Barnet Cycling Campaign and then further afield with Finchley CTC. I became involved with serving refreshments for the Audax rides that Ron was organising and later became Treasurer and Secretary of Finchley CTC and led holidays for the now CTC Holidays cycling tours company, both at home and abroad.

"Ron, Fraser and I moved to Scotland in 1996 and attended the local CTC AGM. In attendance were the three of us and the Rights Officer and Treasurer. We each came away with a committee post, I being the Secretary of Tayside DA! Working with Angus Cycling Club, we devised the runs list and began organising Audax and DATC events. Both clubs increased in numbers and we made many cycling friends.

"I tried over the years to find a new Secretary and so was delighted when Laurence joined the club. She has brought her enthusiasm and vigour and I wish her all the best in her new post." 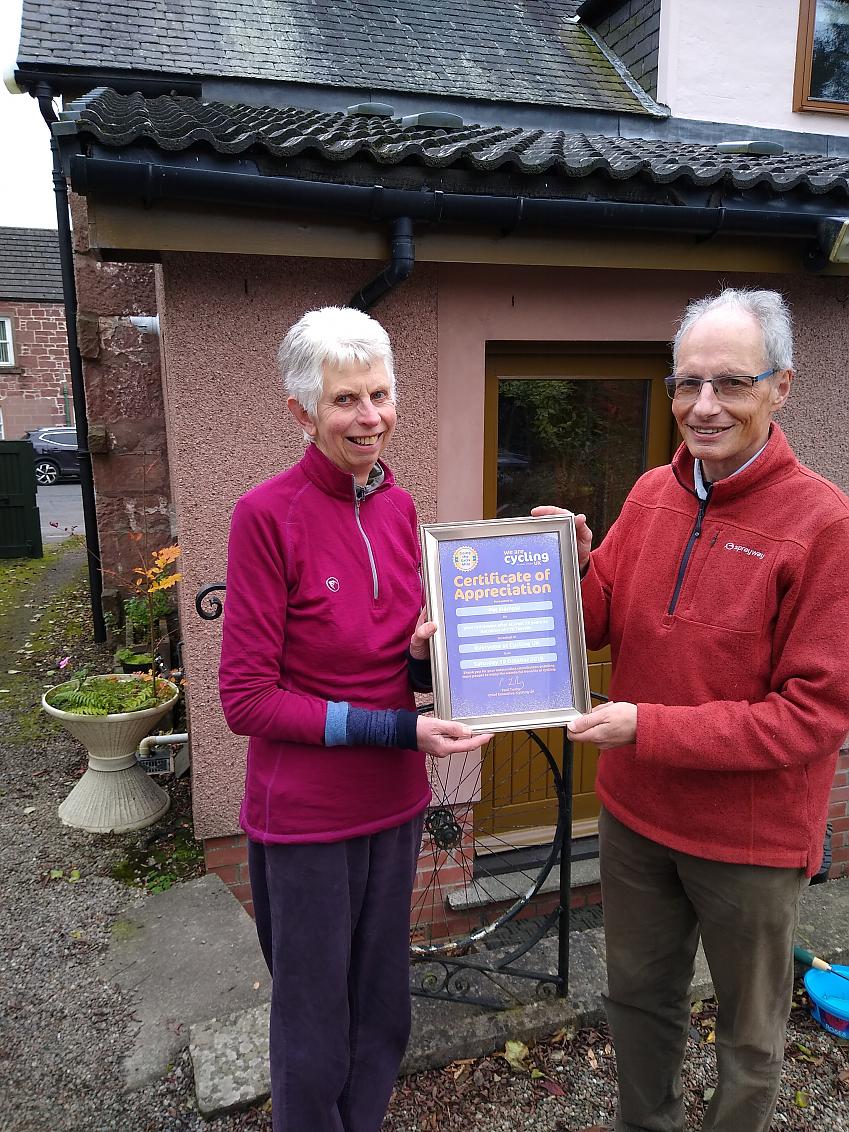 Also recognised for his many years of service was former Cycling UK Trustee Jim Brown, who received his Certificate of Appreciation this week at Cycling UK Stevenage's Christmas Dinner.

Paul Boïelle from the Cycling UK Stevenage Committee said: "I started riding with Stevenage and North Herts CTC, then a section of which he was secretary within the Herts DA, in 1998, at Jim Brown’s invitation. He led most of the Easy Evening Rides, which were genuinely easy. Emitremmus and the Start of Summertime Specials, had been running for several years. I’m not sure when the Circular, also organised by Jim, started as an event within Bike Week.

We owe Jim a debt of gratitude for this and for the many, many, hours he has put in over the years organising cycling in Stevenage.

"Jim was then also a CTC National Councillor (later also a Trustee). At the time, Jim appeared to be a 'one man band', though there was support from the DA Secretary Albert Jarman and the DA Committee. My recollection is that there wasn’t any formal local organisation. Over the years, as family and political responsibilities increased, Jim began to involve others in organising rides and events. He started to hold rides list meetings with ride leaders to plan the rides and events, and this group slowly evolved into the committee we have today.

"Although we have moved on from Jim’s heyday, the foundations which underpin a significant portion of our current activities were constructed by Jim, and we owe him a debt of gratitude for this and for the many, many, hours he has put in over the years organising cycling in Stevenage.

"We owe Jim a debt of gratitude for this and for the many, many, hours he has put in over the years organising cycling in Stevenage." 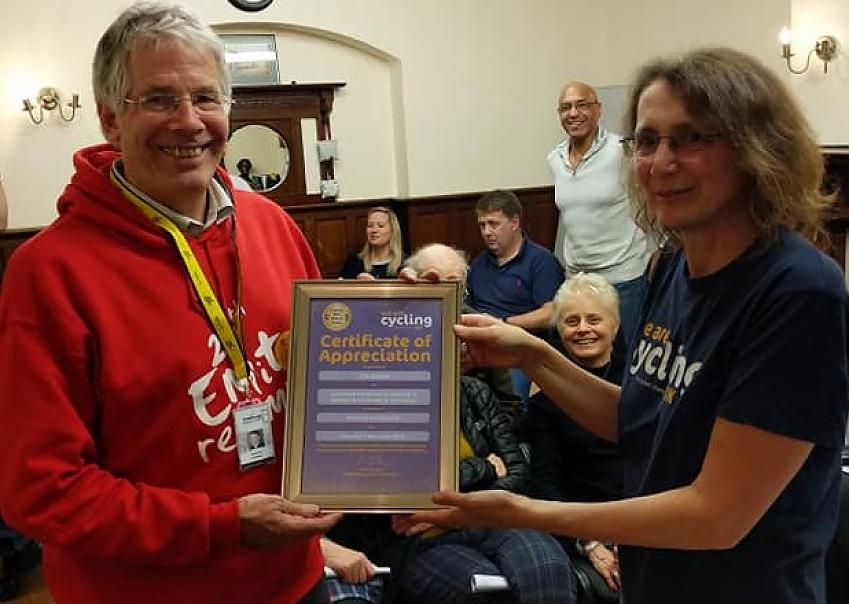 Also recognised for his services as BCQ Validator for 15 years was Jeffrey Eaves of Leicestershire.

Going the Extra Mile - how to recognise Cycling UK's volunteers

Many thanks and congratulations to all of them and anyone else who has retired recently after many years of giving their time, energy and expertise to encouraging more people to enjoy the enormous benefits of cycling. We also welcome all the new volunteers who have stepped in recently to take on these and many other roles with Cycling UK.

Do you know an individual or group who deserves recognition for their contribution to Cycling UK? Nominate them and they could receive a Going the Extra Mile award too.