England local elections 2022: what we stood for, how we did, and what’s next

Children cycling in Surrey, England
By Zak Viney
Thursday, 12 May 2022

England local elections 2022: what we stood for, how we did, and what’s next

A week on from the local elections, and authorities across England are consolidating new leadership, changes of control, and setting out a vision for their region. Cycling UK’s campaigns officer, Zak Viney considers how the election results can help us make cycling happen, and what you can do to ensure politicians follow through with promises made

What they are though is an invaluable opportunity for local campaigners and activists to influence decision-makers on a true grassroots level, change forged within community centres, schools, and town-halls.

The absence of elections glamour, alongside media spotlights on ‘partygate’ and the war in Ukraine, meant that Cycling UK’s 2022 elections campaign in England was a bit of a slow burn.

However, the wedge issue of the cost-of-living crisis allowed us to pose cycling as ‘an alternative for short journeys.’ This generated momentum to get our campaign asks on the agenda within local communities.

What we stood for in England

Cycling UK looked to put the needs of people at the heart of our elections campaign in 2022. Following a series of working lunches with local cycling campaigners in December, we then unveiled our Manifesto for Cycling. This contained 10 asks, which challenged councils to deliver towns, cities and rural communities designed for people, where our health and wellbeing are prioritised.

We also looked to provide a platform for our local campaigners through production of our Election campaigner toolkit. Whether it be advice with promotion on social media, or guidance how to gather candidates for a hustings event, Cycling UK strived to energise campaign action throughout communities. We also hosted accompanying webinars for our Cycle Advocacy Network (CAN) to share and evolve ideas as a collective. 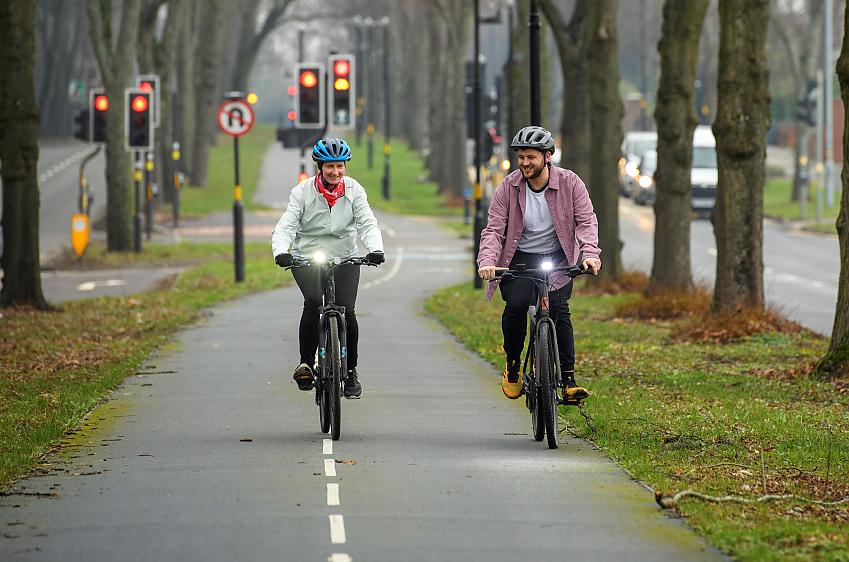 The votes are in

146 councils across England were up for election in 2022, of which Cycling UK focused its campaign on upper-tier councils, with highways authority.

The story of this year’s vote is one where national issues are likely to have influenced voting patterns locally.

It was regarded a poor night for the Conservatives, losing 10 councils and 336 councillors. Labour was upbeat, with significant gains of the Barnet, Westminster, and Wandsworth councils in London. Outside the capital, the party’s performance was more modest.

The Lib Dems gained 3 councils, and almost 200 new councillors, whilst the Greens doubled their number of seats across authorities up for election.

Whilst our campaign messaging was received with enthusiasm, inevitably generic national asks don’t always fit within local issues and context. What we did do was to create a platform for local campaigners, providing them with resources and inspiration to tailor their own election campaigns.

This was successfully demonstrated by groups such as Camcycle and Southampton Cycle campaign, who incorporated elements of Cycling UK’s asks during their own manifesto design.

Cycling UK invited people to sign our manifesto petition, of which supporters across England showed support for our vision for cycling. Over a third of signees were new supporters of our campaigns, proof of a growing movement for active travel across the nation.

In April, in the wake of skyrocketing fuel costs, we posed that ‘There is an alternative’, with cycling the optimal transport mode for short journeys. This message was shared widely across online platforms by our supporters, emphasising to candidates the urgency required to deliver for cycling, walking, and wheeling.

In light of this, we invited candidates to commit to Get There with Cycling, pledging to support our manifesto asks, should they be elected. We created an online action for our supporters to write to their council candidates and tell them why active travel was important, that it’s popular and what the people want.

We would like to thank everyone across England who took part in our action. Your influence helped us to secure 207 pledges from council candidates, of which 77 were elected and you can now hold to account. These councillors are shown on our map below.

It would be fair to say we made more impact in some areas, and less in others. An impressive 10% of elected representatives in Birmingham City, Somerset, and North Yorkshire councils pledged to Get There with Cycling, whilst we failed to receive a pledge across several authorities. This shows the difficulty to have thorough impact at local level but indicates what can happen where there is will and momentum.

It’s important that politicians do not stand idle, and they deliver on promises made to get elected. The time is now to Get There with Cycling, with pledges to prioritise development of quality cycling infrastructure timely.

As the dust settles from the elections, Cycling UK will be delivering our Manifesto for Cycling to all new council leads and transport leads, alongside our ‘Getting There with Cycling’ report. These resources will reinforce our campaign messages and reinforce the necessity for action. We will also reach out to all councillors who made our pledge and remind them of their responsibility to deliver for their electorate.

How can you help us?

Cycling UK and ECF to work together View

'Slacktivist' to activist: how to become a more active cycle campaigner View

Masses of kids cycling – what’s not to like? View

How to improve transport cycling in England View

Elections, projections, cycling revolutions, and the morning after View